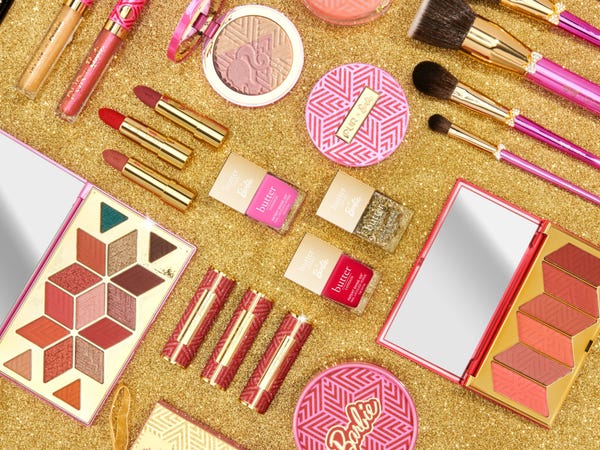 PÜR Cosmetics and Butter London are teaming up for a makeup collection, and it's a Barbie fan's dream.

On September 1, the sister companies will launch lipstick, nail polish, eye shadow, and more inspired by the classic doll and her signature shade of pink, according to a press release sent to Insider. The limited-edition products will first be sold on the PÜR Cosmetics website, and later through Ulta Beauty at the end of the month. In October, the collection will hit Macy's and Kohl's, according to the same press release.

The most inexpensive item is the $16 Doll Lash set, which comes with two sets of fake eyelashes and glue. The next most affordable are the Barbie-themed lipsticks and lip glosses, which retail for $18 each.

Available in three semi-matte shades, according to the press release, each lipstick is packaged in a sparkling, red-and-pink tube that opens with the push of a button. There's a classic red shade called CEO, a rosy mauve named Innovator, and a classic pink dubbed Trailblazer.

The lip glosses, sold in two shades, stand out thanks to their lip-shaped applicators. There's a pale-pink color called Girl Gloss and a hot pink named Boss Gloss.

Other tools in the collection, according to the press release, include a $48 five-piece brush set, a $28 Kabuki brush with Barbie's face imprinted in the bristles, and the $32 Lit Mist Atomizer, a spray that's said to help skin look "luminous" throughout the day.

And because Butter London is part of the collaboration, there are three $18 nail polishes to choose from: a red shade called CEO, a sparkling gold top coat called 24K, and Barbie's signature pink color named Icon.

To learn more about the Barbie-themed makeup collection, visit the PÜR Cosmetics website.