Magic Mike just had a hair makeover! To celebrate wrapping up his new movie, Channing Tatum decided to ‘free’ himself from his hair by shaving his entire gorgeous head bald.

“There is nothing and I mean nothing as good as finishing the hardest job of my life,” Channing Tatum captioned the Nov. 23 Instagram post that showed off his new ‘do. The Magic Mike star had just wrapped up work on his film, Dog, and to commemorate this achievement, he cut off all his hair. As Channing, 40, further explained, this radical hair makeover was part of “letting the character go” after filming. “It’s a bit of a ritual. A freeing of myself. And being free is always my highest intention. And I’m about to be sooooo freee!!!”

“Hahahaha I have so much love in my heart for everyone that was on this journey with me. @dogthefilm and so much love for the people out there in the world that need love right now. Sending it up for all…..right….. now. #freeandjoyful,” the Logan Lucky star added. Though Channing has never by any means been known as a “longhaired hippie” type, the sheerness of the shave is more drastic than his usual short hair. Still, he looks pretty good, right? 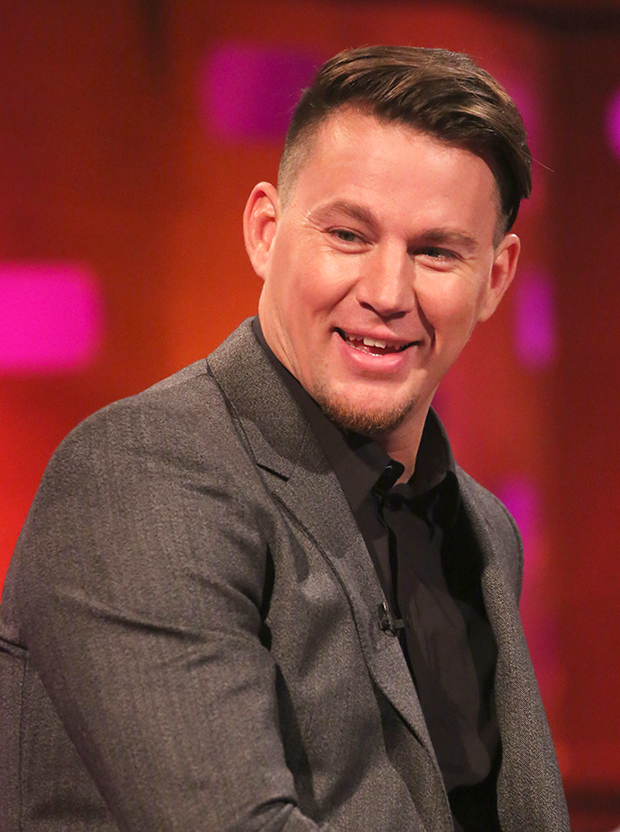 Dog is a “road-trip comedy,” one that has Channing play a former Army Ranger paired with an Belgian Malinois dog named Lulu, per Variety. Together, they’ll race down the Pacific Coast in hopes to making a fellow soldier’s funeral on time. “Along the way, they’ll drive each other completely crazy, confront the possibility that pet psychics are real, and begin to reckon with the one thing they were trained never to do: surrender,” per Variety.

The movie was directed by Channing and his longtime creative partner, Reid Carolin, who also wrote the script. In March, Channing tweeted about how Dog was also inspired by his own life. “A little over a year ago I got back from a road trip where I said goodbye to my best friend. Now I’m making a movie inspired by her. So proud to announce that DOG will be released by @MGM_Studios and in theaters next Valentine’s Day weekend.”

Unfortunately, Channing will have to find someone new to be his Valentine – and his date – when Dog arrives in theaters and Video On Demand. Channing and Jessie J went through the wringer over the past twelve months. The couple split in December 2019 after more than a year together but reconciled at the start of 2020. It didn’t last, and the two reportedly called it quits for the second time in April. Though Jesse and Channing were quarantining together as of May, Jesse J went on Instagram in late October to declare she’s living that “single life in the pandemic.”