I'm not proud of how I behaved on the evening of April 6 when, upon entering my bathroom, I saw a bottle of St Ives Apricot Scrub sitting beside the sink. The housemate responsible was easy to identify.

"Are you the one using that St Ives scrub?"

"Yeah. Am I about to discover it's killing the turtles?"

I couldn't answer his question – although the microbead ban means your skincare routine is less likely to be murdering marine life – but I could bring him up to speed with what has been many years of dermatological drama surrounding the popular supermarket exfoliating scrub and whether its walnut shell granules are too harsh for your skin.

The Atlantic article, How St Ives’s Apricot Scrub Plays on People’s Shame, was promptly linked, and the recently-dismissed lawsuit summarised as a verbal case note. I may have used the phrase "shit-covered sandpaper".

But, it turns out I should perhaps have not been so … abrasive. Because, last week, Kylie Jenner announced a walnut scrub was part of her new Kylie Skin range. Although the online outrage was swift, it is a reminder there is still demand for the much criticised skincare product in the year 2019. 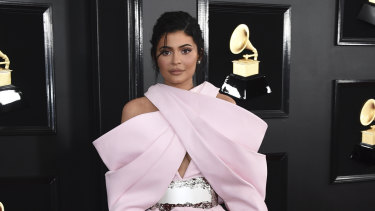 Kylie Jenner has become the youngest self-made billionaire ever with her cosmetics and, now, skincare range.Credit:AP

Although St Ives had been known for its apricot scrub since the late 1980s, it was the advent of online beauty forums in the early 2000s which allowed for critcism of the product to spread. As documented in a 2016 article published by Racked, the scrub was frequently criticised on forums and blogs for being way too rough, with dermatologists weighing in for articles warning against use.

In 2016, two women brought a lawsuit against St Ives' parent company, Unilever, in the US District Court claiming the walnut shell powder used in the product was so abrasive it could cause micro-tears in the skin, and that Unilever's marketing of the scrub as "dermatologist tested" implied dermatologists recommended it, a position they could not find evidence of.

The lawsuit was dismissed late last year, with the judge saying there was no proof the scrub was a safety hazard or defective. They also ruled it was not misleading for St Ives to say their scrub was "dermatologist tested", as this did not necessarily mean "dermatologist approved".

"Walnut shell powder could be a little too abrasive if used with too much gusto," he says. "I think it is unlikely to cause any serious problem though."

Dr Sebaratnam says "common sense should prevail" when deciding whether to use a scrub which appears to be irritating your skin, although he isn't the biggest fan of exfoliating full stop.

"I don't routinely recommend patients exfoliate their face," he says. Although exfoliating can help remove some of the top layers of the skin (the stratum corneum), making skin feel smoother and loosening blocked pores, your skin also "naturally turns over and replenishes itself".

While there are some conditions which gentle exfoliation may help, such as acne, Dr Sebaratnam says all exfoliants run the risk of irritation, particularly if you have sensitive skin.

"Stronger preparations may actually strip away deeper layers of the skin which can be dangerous," he warns.

What you should be using

There are two types of exfoliants: physical ("gritty" things you use to physically scrub your face) and chemical (used in face peels).

Dr Sebaratnam believes "most commercial exfoliating agents" do very little, but, if you want to add something to your cart, he suggests a chemical exfoliant with alpha hydroxy acids (AHAs) such as mandelic acid or beta hydroxy acids (BHAs) such as salicylic acid. The former is touted as improving your skin's appearance (think: reducing the appearance of fine lines, brightening dull skin and improving tone), while the latter is better for balancing oiliness and often recommended for acne-prone skin.

Following that advice, here are some product recommendations. Only use these for the times listed on the bottle (halve it if you have sensitive skin: a face peel might tingle but should not hurt – beauty is not pain).

If you still want the feel of a physical exfoliator (or like being able to drive manual to avoid irritation), here are a few I, with no qualifications beyond the possession of a face, think are nice.

WHAT TO BUY THIS WEEK

Your weekly recommendation for a late-night shopping trip …

After taking a shot of each of the above exfoliators, I had this bloody lovely gel moisturiser as a chaser, which is notably the only skincare product I have ever given as a gift. (An aside: does no one else feel weird about giving skincare as a present? Perfume or makeup make sense, but eye cream feels like giving them a tube of toothpaste? "Happy birthday! Here are some toiletries!" Anyways, back to the moisturiser.)

It isn't sticky, and absorbs really easily into the skin. If you pop it on in the morning it doubles as a primer, and they're definitely not having you on with that brightening claim: the glow I get from this stuff is so good, I have been asked what highlighter I have on while wearing it under nothing but the most pedestrian matte foundation. Plus, it's orange-scented, so the smell can make you feel like you've had a wholesome, "orange juice and muesli" start to the day even if you're tired, late, and know the first thing to hit your lips will be a chocolate croissant. sephora.com.au

Skin Deep, our weekly beauty column, is not sponsored. All product recommendations are genuine endorsements.

Annie Brown is on leave.