The second instalment of Prince Harry and Meghan Markle‘s Netflix docuseries dropped last week, and fans were delighted to see their children Archie Harrison, three, and Lilibet Diana, one, making a rare appearance in all episodes.

Prior to their documentary airing, the Duke and Duchess of Sussex tried their best to keep their children out of the spotlight amid their move to Montecito. But now, several photographs and clips of the Sussex children have been shared with the world – and one snap of Lilibet has caused particular excitement.

In one heartwarming photograph aired in episode four, Meghan looks cool and casual in skinny denim jeans and a blue linen shirt as she holds Archie and Lilibet on each hip.

The Duchess is leaning into her daughter, who looks equally adorable in pink floral leggings and a buttercup yellow T-shirt. 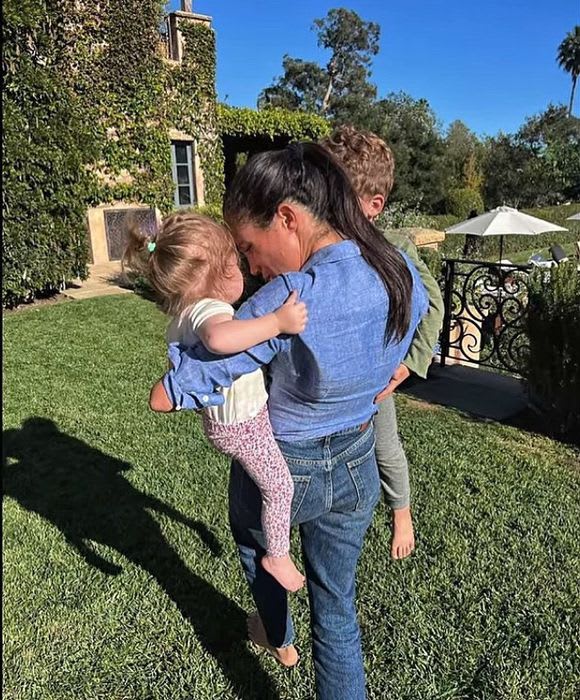 The photograph marks one of the only glimpses of Lilibet Diana’s hair the public has seen – and what adorable auburn locks she has! The one-year-old tot wore her soft curls in a high ponytail tied with a blue hairband.

It’s easy to see that Lilibet and Archie are siblings – their hair is the exact same golden tone.

The couple revealed their daughter’s arrival and name shortly after her birth on 4 June 2021 – but HELLO! can exclusively reveal that Harry and Meghan actually decided on their daughter’s moniker long before her birth.

In the latest episodes of their tell-all Netflix docuseries, Harry & Meghan also shared an adorable shot of baby Lili sleeping soundly in her crib wearing a bespoke babygrow with “petite lili” stitched across the front. 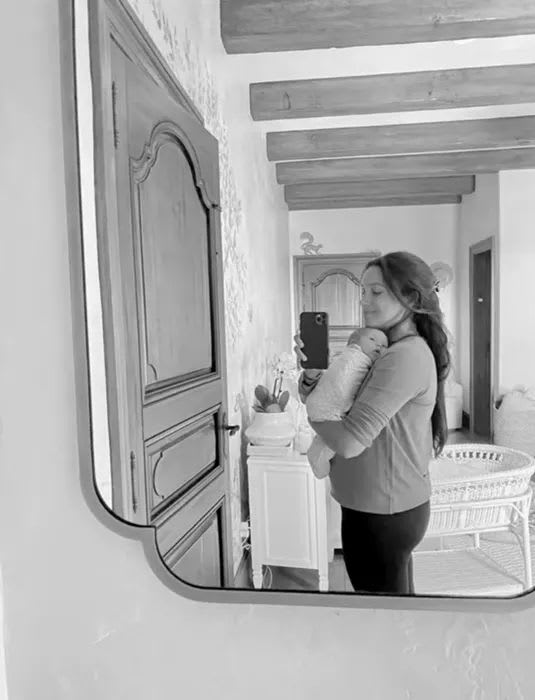 Sabrina Brian is the brains behind the beautiful hand-embroidered baby onesies – which she sells through her Etsy shop – and revealed to HELLO! that the order was placed one month before Lili’s birth.

She said: “I definitely knew of Meghan and Harry prior to this week so when I found out their baby has worn something that I have made, it is truly mind-blowing.”