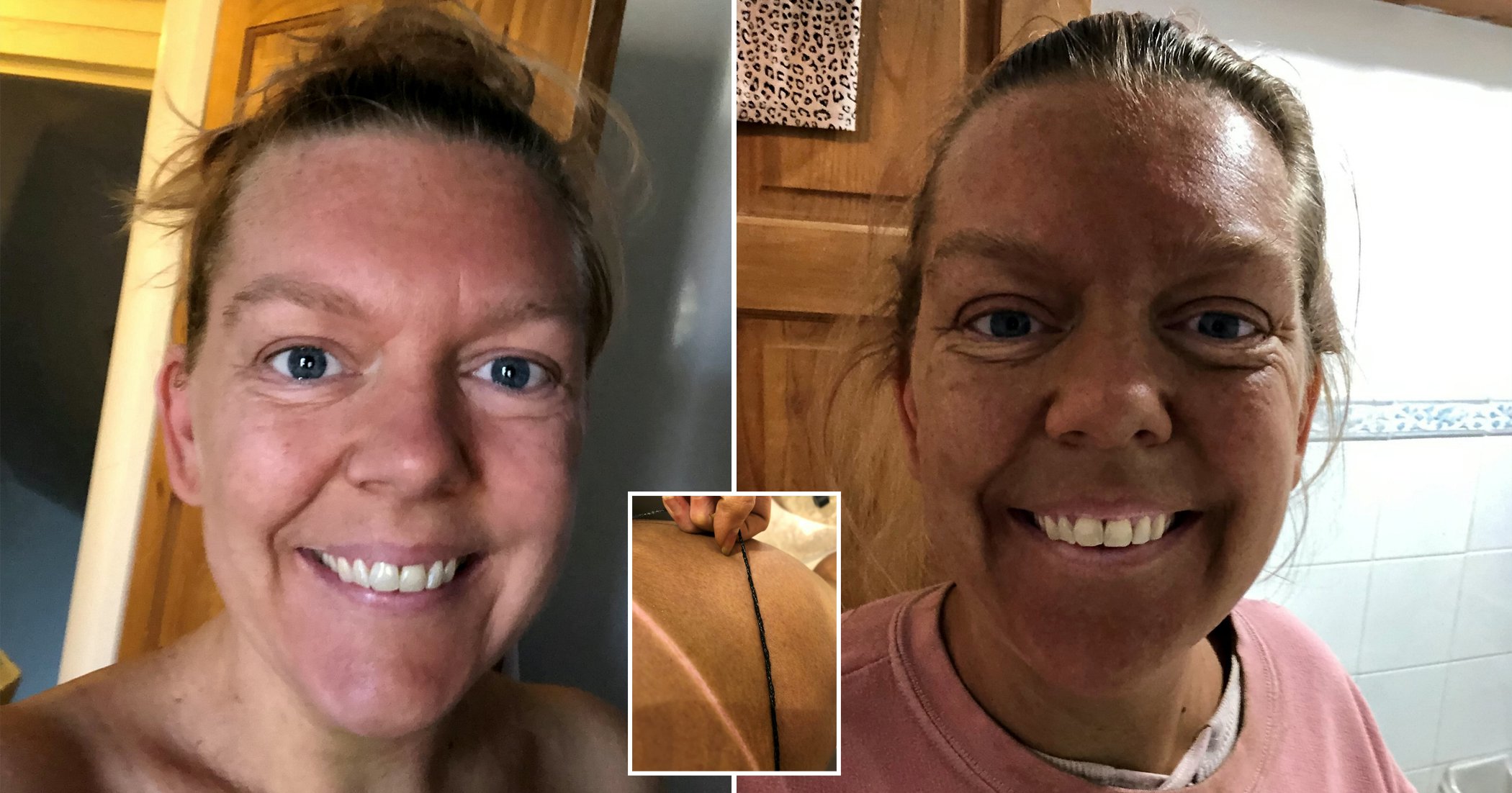 Derrie Mathews didn’t quite realise what she was getting herself into when she asked to be gone over twice with a spray tan before she was due to attend a wedding.

Hoping it would make up for her ‘super pale’ complexion, the 36-year-old mum asked the beautician to spray her twice.

Derrie, a childminder, said: ‘I was going to a wedding, and I’m super, super pale – I am really freckly and white.

‘So, I just asked the girl if she would do it twice, so much darker.’

However, when she woke up the next day, Derrie was left shocked at the results.

She said: ‘l was aghast at what I looked like.

‘My husband couldn’t stop laughing, and my daughter was petrified that anyone would see me.’

While she didn’t notice a big impact initially, as the tan developed, Derrie realised it was getting much, much darker.

‘But I didn’t wash it off after eight hours because it stops developing then.’

When she woke up on Friday morning, she found the shade she’d turned wasn’t exactly what she was hoping for.

‘My husband couldn’t stop laughing,’ she said, adding: ‘I knew I looked so ridiculous, so I didn’t tell him not to do it.

‘I fully deserved everything.’

Derrie herself notes the unfortunate similarities between her tan mishap and that of Ross from Friends, in which he also turns an unfortunate colour after accidentally ending up with an ‘eight’ spray rather than the ‘two’ he’d initially asked for.

She said: ‘When the girl did it, my friend was with me, and I was saying, “I’m an eight, I’m an eight” because that’s what Ross says!’

Despite this incident, for which Derrie says she expects ‘an absolute ripping’ from her friends at the wedding, she can still see a bright side.

She said: ‘It’s made my teeth look so white.

‘I can’t stop smiling and looking in the mirror, but then I see my face and I think: “Oh god”.

She hasn’t sworn off spray tans either, saying: ‘I will go back – it makes me feel better when I have a tan.

‘It’s nice to have a little bit of colour, but not the boot polish look – it’s not for me, I must say.’