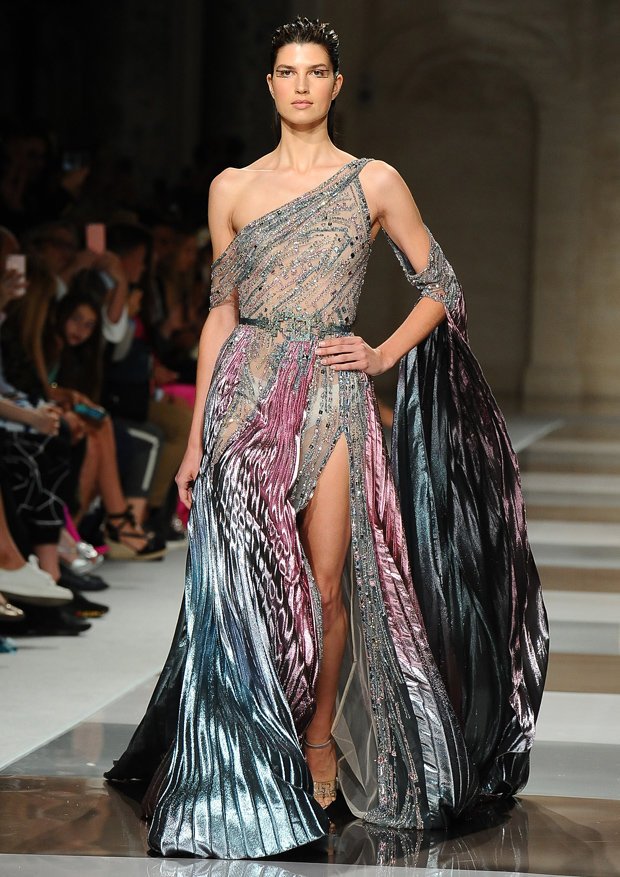 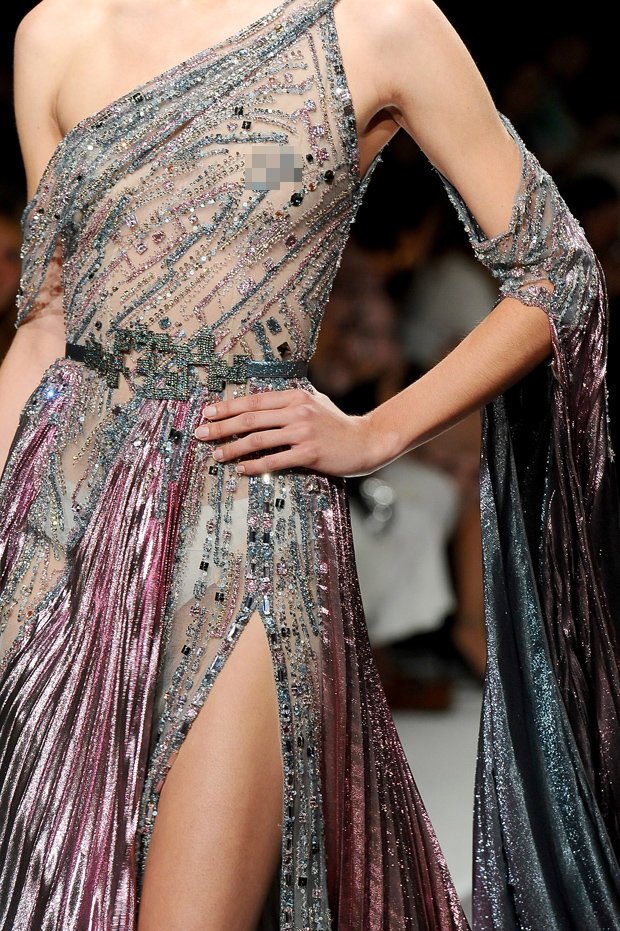 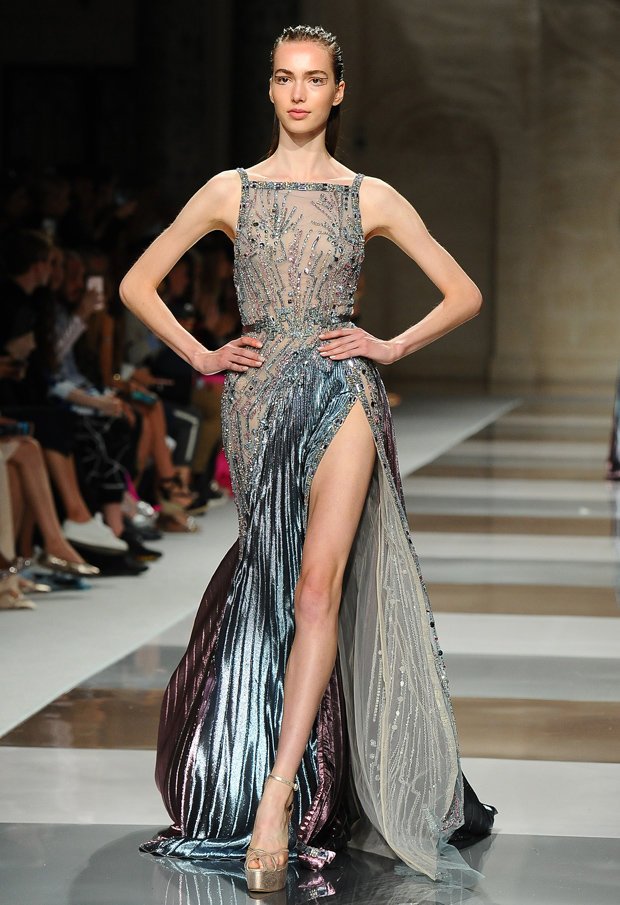 The Ziad Nakad show was awash with sequins, sparkle and sheer materials.

One model wore a floor-length gown that featured a daring slit up its left side.

The bedazzled top was see-through, while the billowing skirt was made from a more opaque fabric.

A pair of gold platforms and graphic eyeliner completed the stunning look.

Another catwalk star wore a dress of the same shade.

The blue frock featured similar transparent and glitter details – but this time, the model was styled with a dramatic hood and cape. 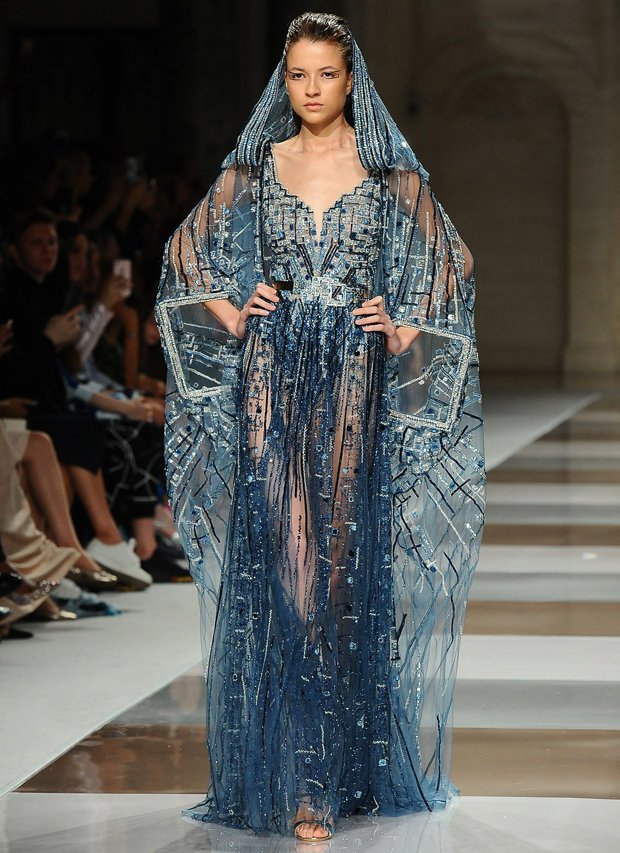 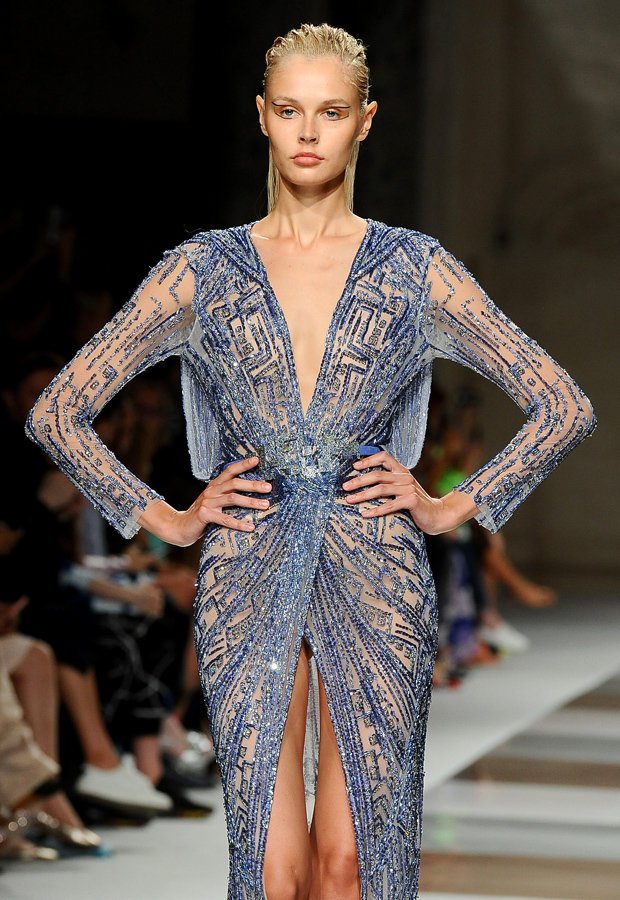 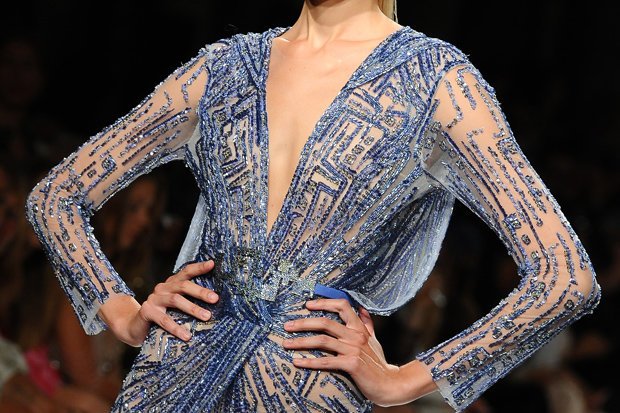 Nude clothing was also a prominent part of the Ziad Nakad collection.

A runway bombshell rocked a sparkly jumpsuit as she worked the Haute Couture Fashion Week floor.

The glittery get-up was cinched in at the waist with a gold belt.

It was also given some flow with a floor-length shawl, which matched the transparent one-piece to perfection.

A model strut her stuff in sky-high heels as she showed off a split wrap-dress. 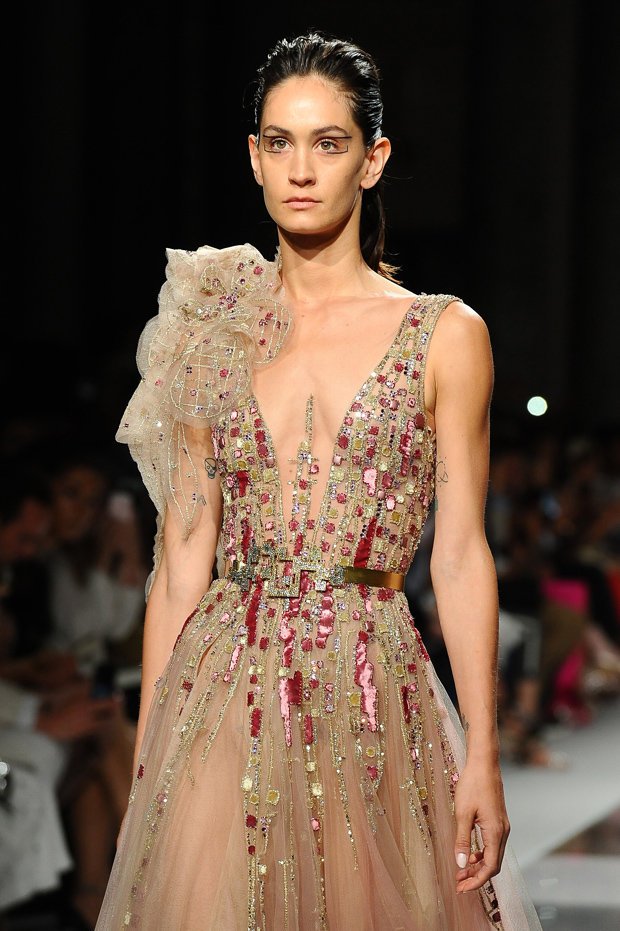 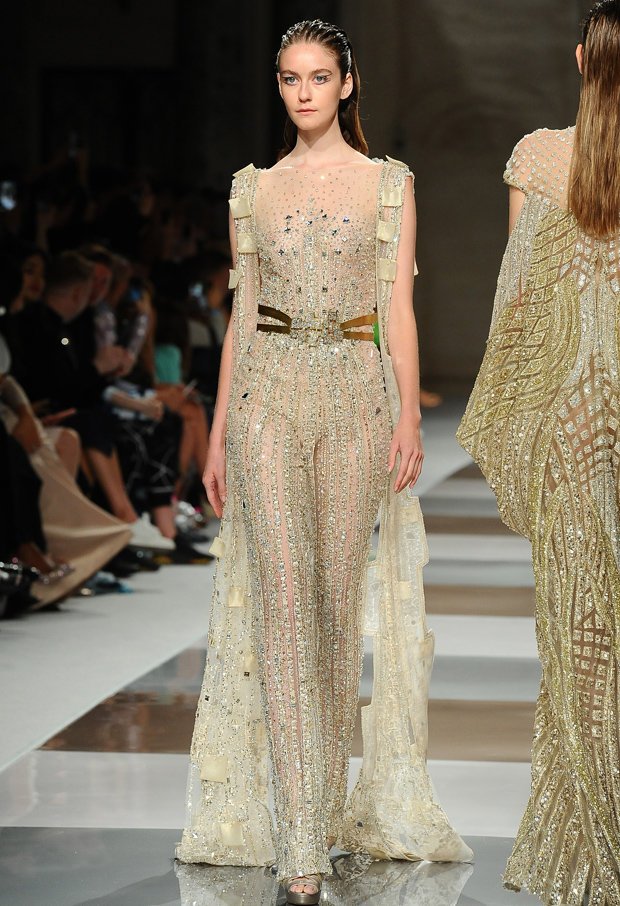 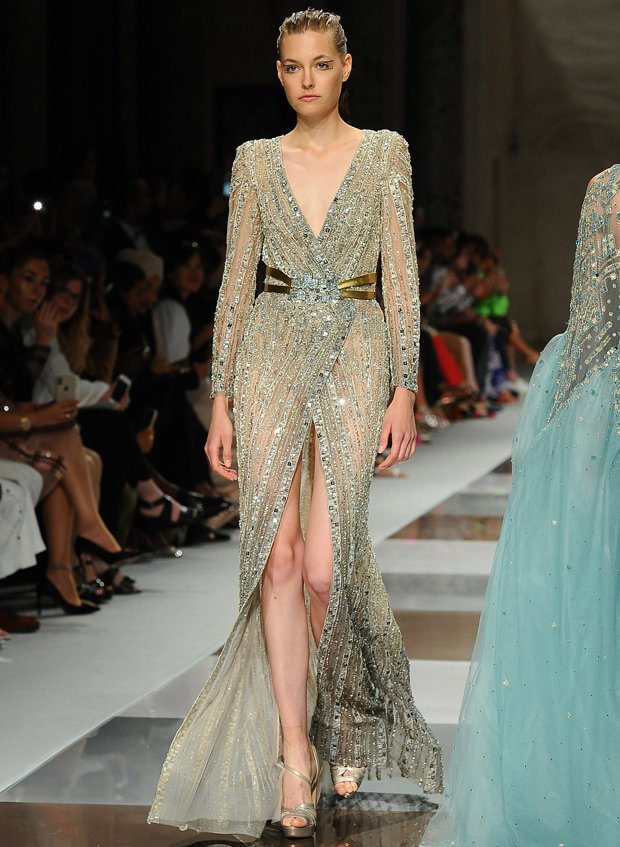 A black ball gown was another show-stopping look.

The top was made from mesh, which flaunted the model’s skin beneath it.

This naked style was contrasted to the frock’s Princessy skirt.

The black tulle garment was dotted with metallic squares and glitter.

Similar material was also wound around the catwalk star’s neck to create a choker-like effect. 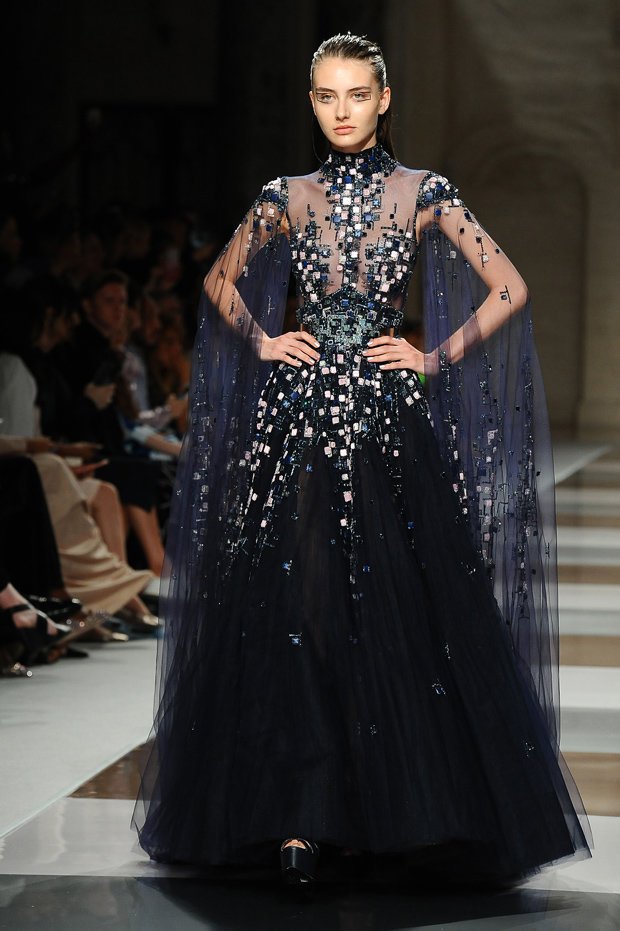 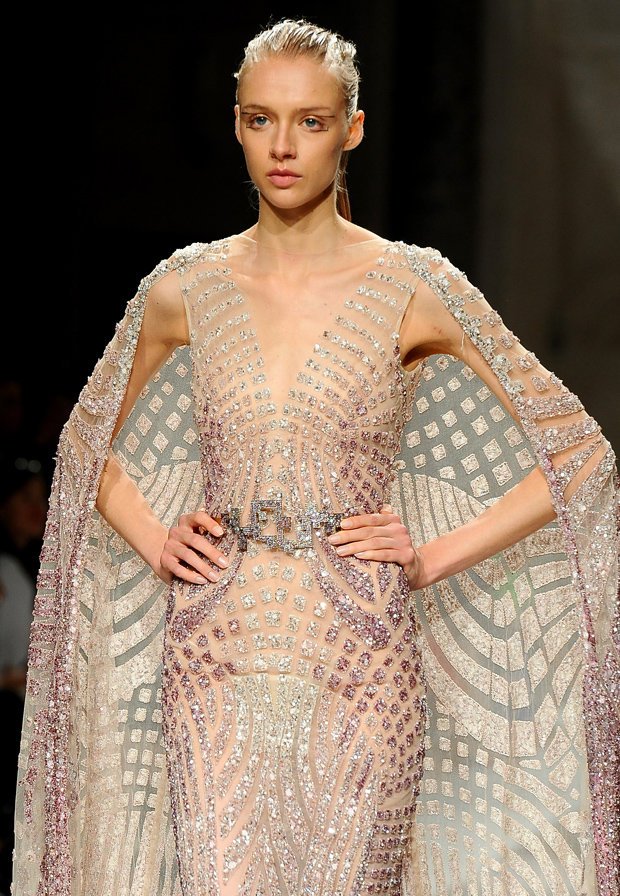 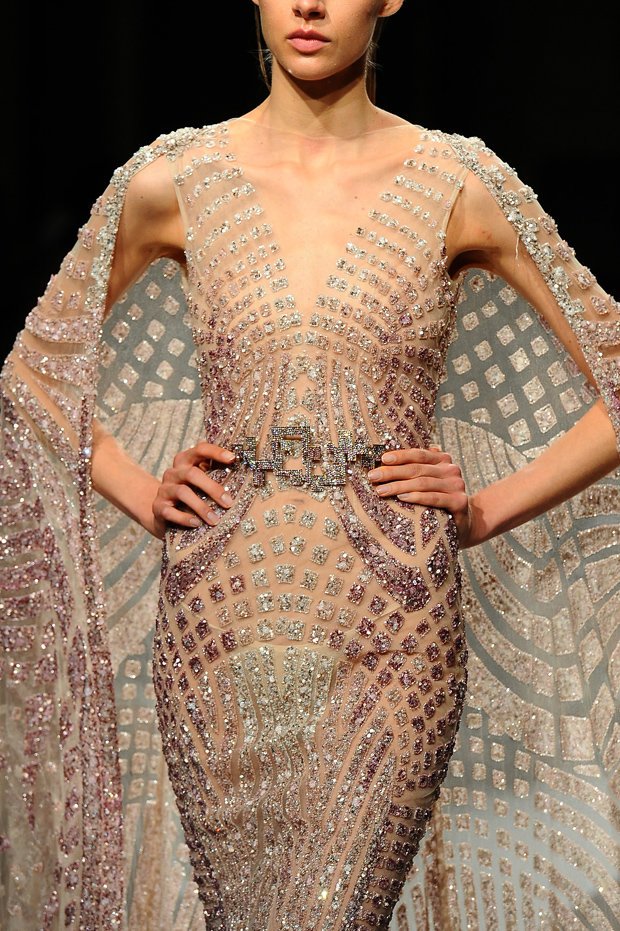 The event is huge in the style calendar and celebrates French high fashion.

This year, shows were held by highly successful designers.

Elie Saab, Chanel and Jean Paul Gaultier were among those to flaunt their AW collections.

Celebrities have also turned up to the event in their droves.

Zendaya and Kaia Gerber are among the famous faces to be spotted by photographers.

Cheryl also made an appearance this week.

The former Girls Aloud star was bang on trend with her semi-sheer outfit.

She paired a figure-revealing top with a pair of sophisticated white trousers.