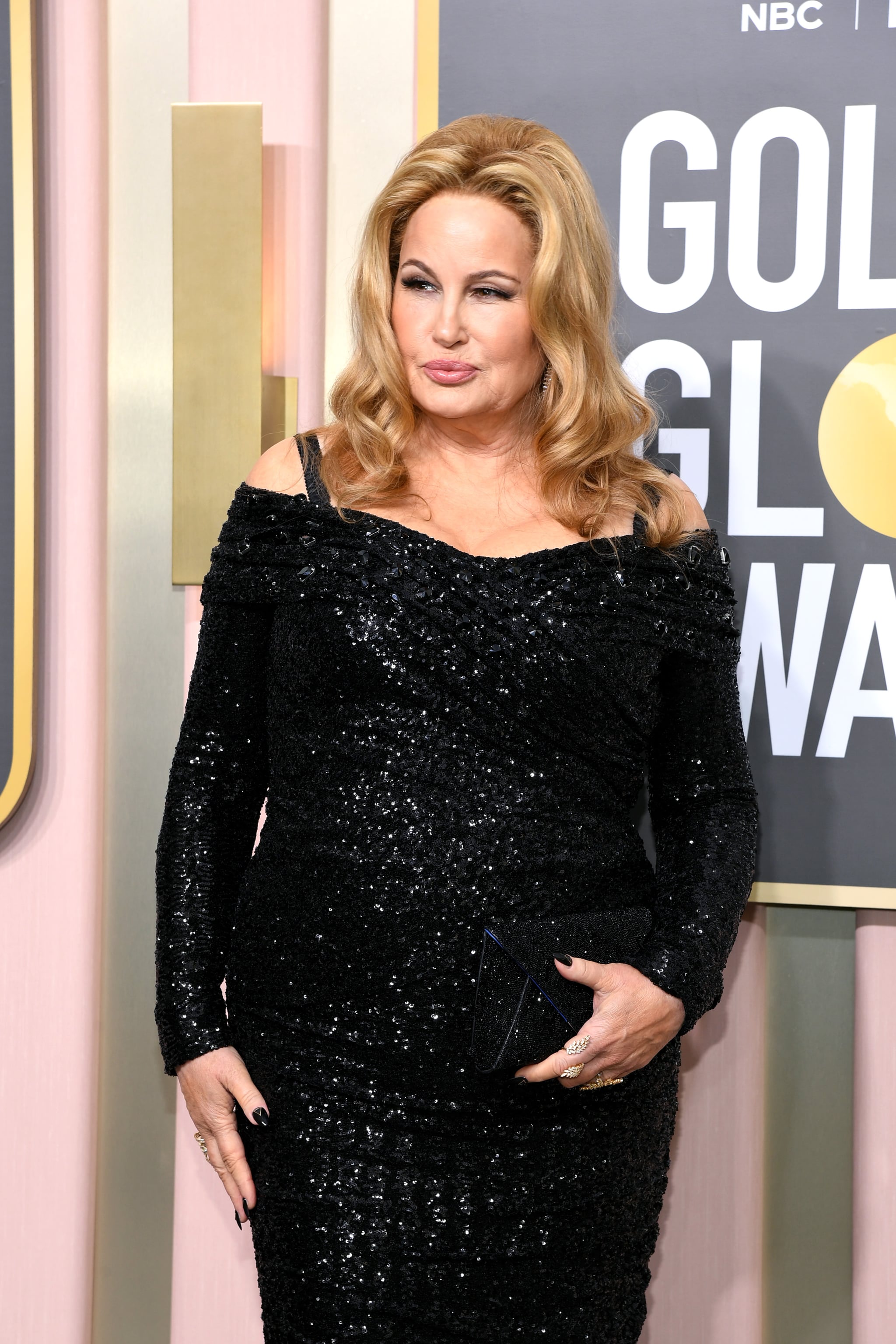 Jennifer Coolidge is our forever inspiration, and her entire 2023 Golden Globes look is going on our mood boards immediately.

The actress stunned on the event’s 80th annual red carpet while sporting a glittery off-the-shoulder black gown from Dolce & Gabbana. Her hair was done with soft, full-volume, face-framing curls, which celebrity hairstylist Janine Thomson said were inspired by “the sex appeal, mystery, and glamour of a 1950s Italian movie star.”

The entire look was accentuated by her goth-themed manicure, which we couldn’t stop staring at. Her nails were filed into a pointy almond shape, and each individual nail featured a shiny black base topped with beautiful gold triangle nail art.

“Goth” nails are on trend for 2023, made popular by characters like Wednesday and Morticia Addams from the hit show “Wednesday” on Netflix. The complete opposite of minimalist manicures like “lip gloss” nails and “rich girl” nails, the trend typically features a shiny or matte black base, but the nail art and detailing are what make it truly transformative.

Coolidge, who plays Tanya on the hit HBO show “The White Lotus,” is nominated for best performance by a supporting actress in a limited series. Keep scrolling to take a closer look at her nails. 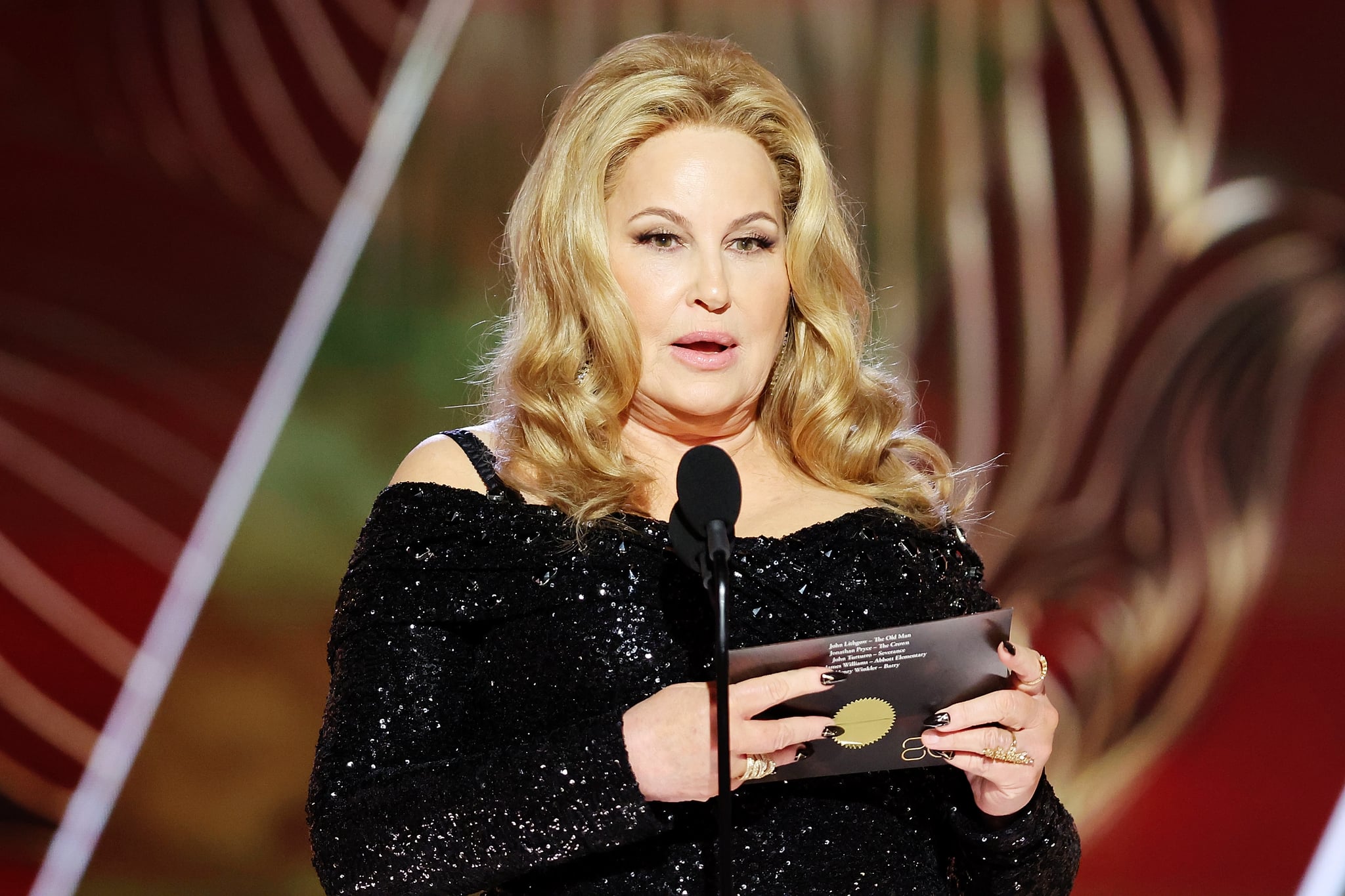