Life as a royal parent looks busy to say the least – keeping up with public engagements, tours abroad and the regular mum and dad duties at home. It’s no wonder many of the royal family have employed nannies to lend a hand over the years.

Trustworthy, discreet and immaculately dressed, a royal nanny is responsible for making sure the little ones are on their best behaviour. They may also be in charge of mealtimes and bedtimes – supporting the royals in running a tight ship at home.

One of the most famous royal nannies of today is Maria Teresa Turrion Borrallo, who works as Prince George, Princess Charlotte and Prince Louis’ nanny. She was employed by Prince William and Kate in 2014, when George was around eight months old.

The Duke and Duchess recruited their long-term nanny from the prestigious Norland College in Bath, England, and we often spot the Spanish staff member out and about with the royals, most recently at the Queen’s Jubilee celebrations.

Whether it’s helping out at a big family event like a christening or taking the kids for a walk in London’s Hyde Park, Maria is always there for the royal children. 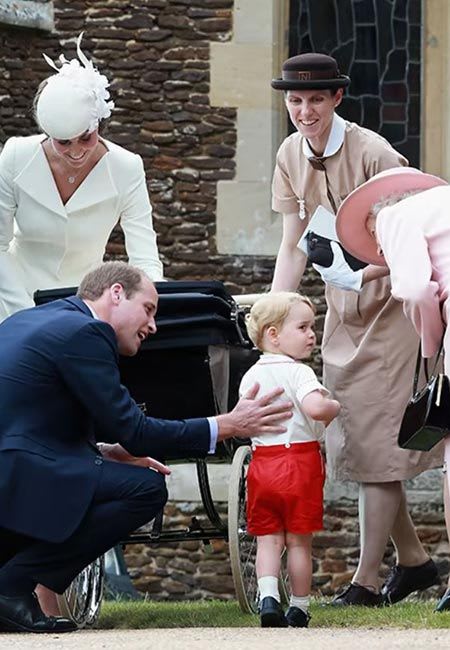 At the time, an insider told HELLO! that Maria had “worked for other high-profile families and it was from there that the Cambridges heard of her and hired her.” The insider added: “She is not married and doesn’t have a boyfriend, as her life is totally dedicated to the family she is working with. She is known for being totally professional – married to the job.”

The palace, meanwhile, announced in an official statement: “We will not be giving further details on Maria or her employment, except to say that The Duke and Duchess are of course delighted she has chosen to join them.” 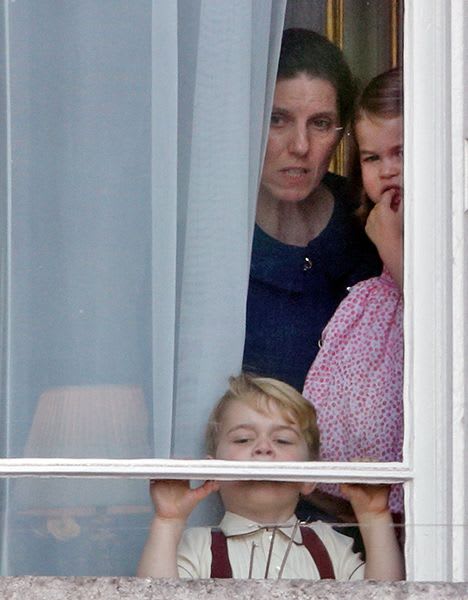 She is often pictured with the children behind the scenes

Maria, who works full-time for the Cambridges, is a Norland-trained nanny. She has been spotted wearing the school’s official uniform – a plain brown dress and matching hat – at official family events such as Princess Charlotte’s christening. She also wears a trusty watch on her lapel to make sure everything is running like clockwork.

Norland nannies are trained in everything related to child rearing, from cooking to first aid, but in Maria’s case, the Spaniard will also have specialist training in security and defensive driving.

Over the years, Maria has been pictured with George, Charlotte and Louis, whether that’s watching Trooping the Colour from inside Buckingham Palace when the children were too young to stand on the balcony, to making sure George and Charlotte were wedding ready at auntie Pippa Middleton’s big day. 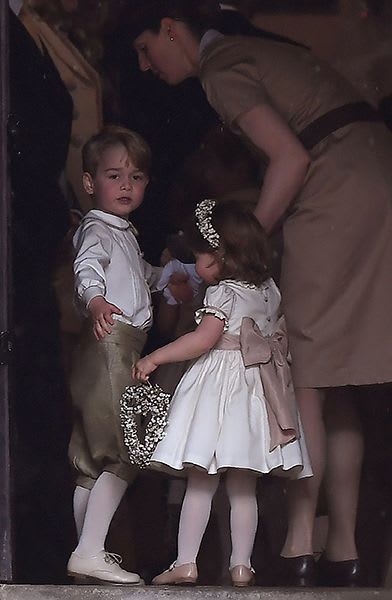 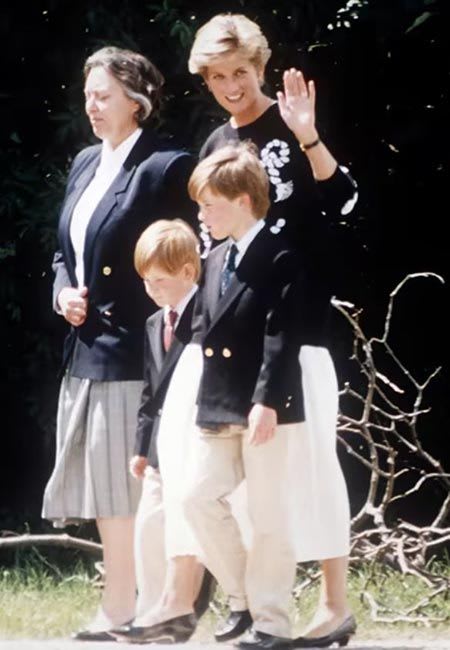 When Prince George was just a few weeks old, he was cared for by Prince William and Prince Harry’s former nanny, Jessie Webb. Jessie assisted the Cambridges at their home in Anglesey. “She’ll be like a safe pair of hands,” Ingrid Seward, author of A Century of Royal Children, told People at the time. “That’s preferred rather than someone new to it all, someone who’d be terrified of it all.”

It’s clear that William feels great affection for his former childminder. Jessie was a guest at William’s 21st birthday party and his wedding to Kate in 2011; she also attended Prince George’s christening in 2013 and Prince Harry and Meghan’s royal wedding in 2018. Jessie also looked after Viscount Linley’s two children before retiring. 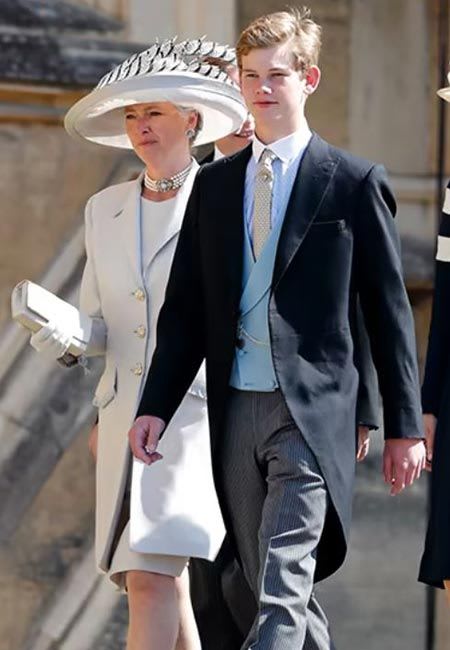 When the boys were a bit older, they were looked after by Tiggy Leggy-Bourke, now Tiggy Pettifer. Tiggy, who attended the same Swiss finishing school as Princess Diana, retired from her position in 1999.

Harry took his wife Meghan to meet Tiggy in her home city of Cardiff just a few months before their royal wedding in 2018; Tiggy also attended the big day alongside Jessie. 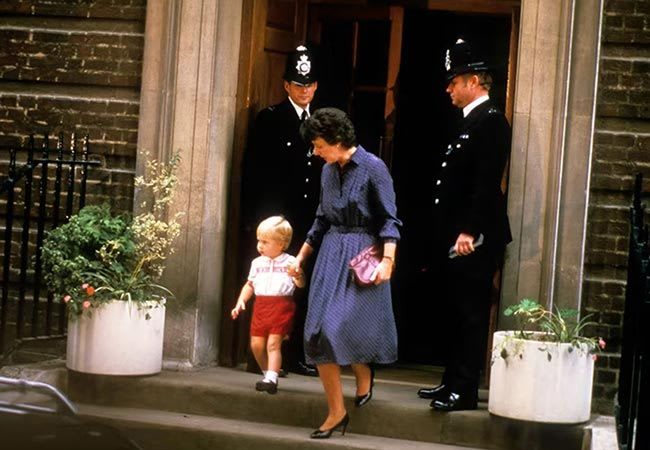 Prince William‘s first nanny was Barbara Barnes. The childminder lived in the palace until William started primary school. Barbara was allegedly let go after William and Harry became too fond of her. 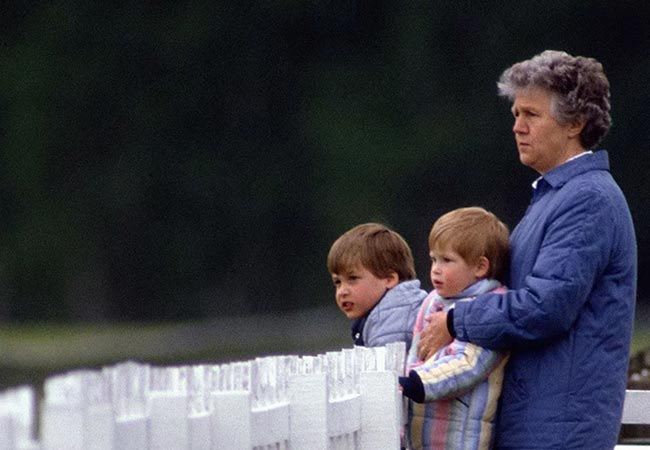 Olga was one of the sternest royal nannies, but was much loved by William and Harry. She took over as head nanny after Barbara left and stayed with the Princes for some 15 years. She was a constant support for William when he started boarding school and consoled him when Charles and Diana divorced. The Duke attended Olga’s funeral in 2012.

Former royal chef Darren McGrady has previously spoken about how Diana and “Nanny” would clash over their child-rearing techniques – although it’s not known which nanny he was referring to. “The Princess wasn’t strict at all. She let them be boys, young boys!” he told HELLO! “There was always a battle between her and Nanny. Nanny would say, ‘No, they’re eating their dinner, they’re having cabbage.’

“And the Princess would say, ‘No, if they’re with me and they want loaded potato skins and fried chicken then they can have that. And if they don’t eat it and they still want pudding, they can have that too!’ She was much more relaxed than Nanny.” 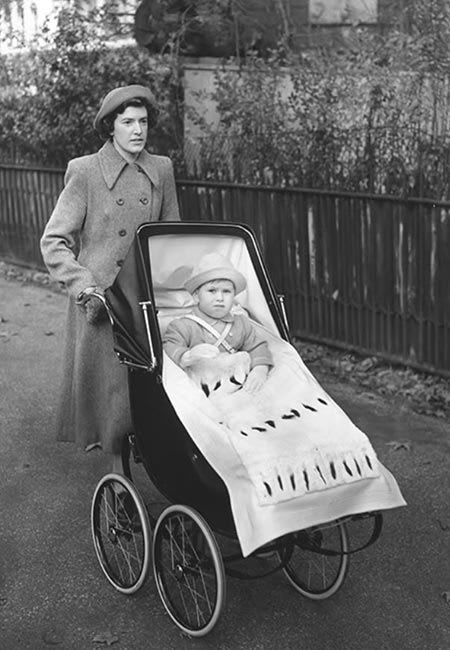 The Queen enlisted the help of Mabel Anderson to look after her young children. Mabel looked after Prince Charles as a baby, even staying on to look after Her Majesty’s younger children Prince Andrew and Prince Edward when Charles and Princess Anne were grown up. 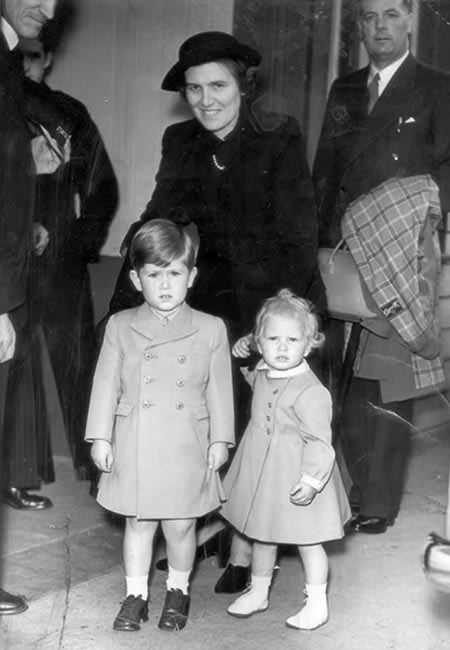 Charles and Anne’s other nanny who played a big part in their formative years was Helen Lightbody. Here, a baby Charles is pictured sitting on his nanny’s lap in 1950. 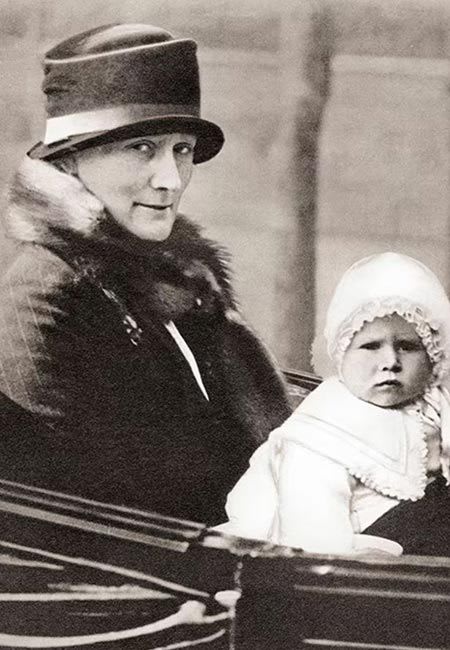 Clara, nicknamed Alah, was much loved by the Queen and her sister Princess Margaret. She had been the Queen Mother’s nanny and was asked to come back to her job when the two Princesses were young. 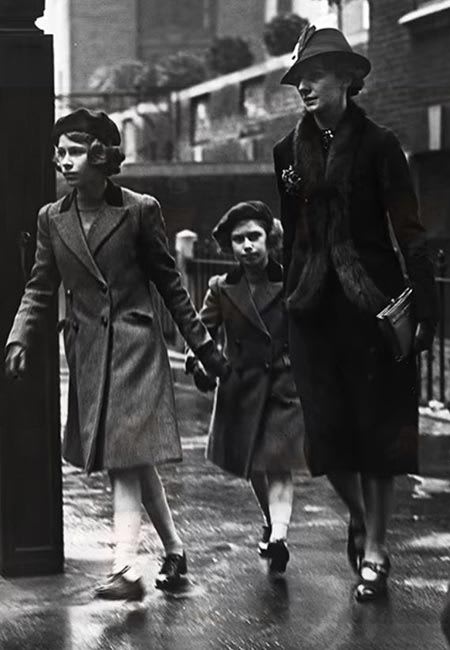 Marion was employed by the Queen Mother as Princesses Elizabeth and Margaret’s nursery governess in 1932, but she was quickly promoted to head nanny for her ability to look after little Lilibet. She stayed with the royal family until Elizabeth was 21 and about to marry Prince Philip. On her retirement, she moved into Nottingham Cottage at Kensington Palace.

SEE: 26 times the royals made us laugh while playing sports – see hilarious photos

But after she wrote a magazine article and a book detailing her life as a royal nanny to the Queen and Princess Margaret, ‘Crawfie’ as she was known, was dismissed from royal circles. She moved back to Aberdeen and sadly sank into depression. In her will, she stated that her letters from Lilibet and Margaret be returned to the Queen.