If there’s any year that’s perfect for escaping into a lush, romantic series, it’s 2020. That’s why Netflix’s Bridgerton, which dropped on Netflix on Christmas Day, arrived at the perfect time, taking fans out of reality for a while and into 2021. If you’re anything like the show’s many, many fans, you’ve already devoured all the steamy romance and dramatic twists Bridgerton has to offer. But don’t worry, there are plenty of shows like Bridgerton to quench your thirst for love, drama, or a combination of both.

There’s a whole lot to love about Bridgerton, so there are many different qualities you might be looking for in your next series. If you love the Regency-era romance, then another period piece might be the pick for you. If you’re into the fact that the series is based on Julia Quinn’s romance novels, then another page-to-screen adaptation is probably the way to go. Or, perhaps you love the special touch producer Shonda Rhimes (of Grey’s Anatomy fame) put on Bridgerton, so you’re looking for more of her signature works. No matter what it is that you love about Bridgerton, the 21 shows on this list are sure to leave you satisfied. Check ’em out below: 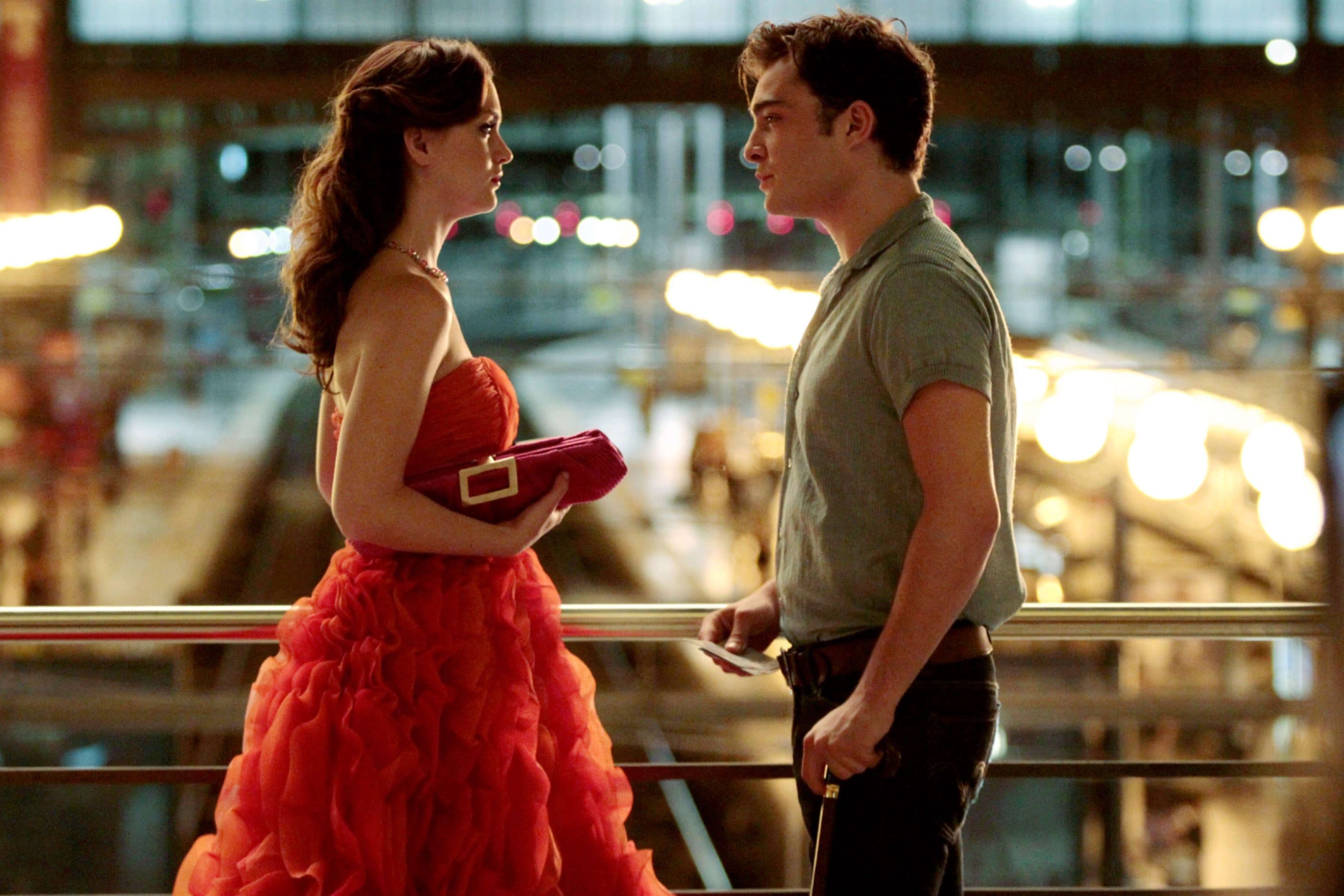 Bridgerton‘s Lady Whistledown is sort of like the Gossip Girl of her time, influencing society with every rumor she spreads. Lady Whistledown’s identity is revealed at the end of Bridgerton Season 1, but you’ll have to power through all six seasons of Gossip Girl to find out who’s behind the blog.

Set in a similar time period as Bridgerton, Gentleman Jack tells the story of a woman who takes a very different route through life than Daphne Bridgerton does. The HBO series follows the true story of Anne Lister, a female landowner with plans to marry a woman in 19th century England

The Crown is set in England a couple hundred years after the story of Bridgerton, but it’s still got plenty to love for fans of English accents and period dramas. Watch to dig into all the royal scandal of Queen Elizabeth II’s reign. 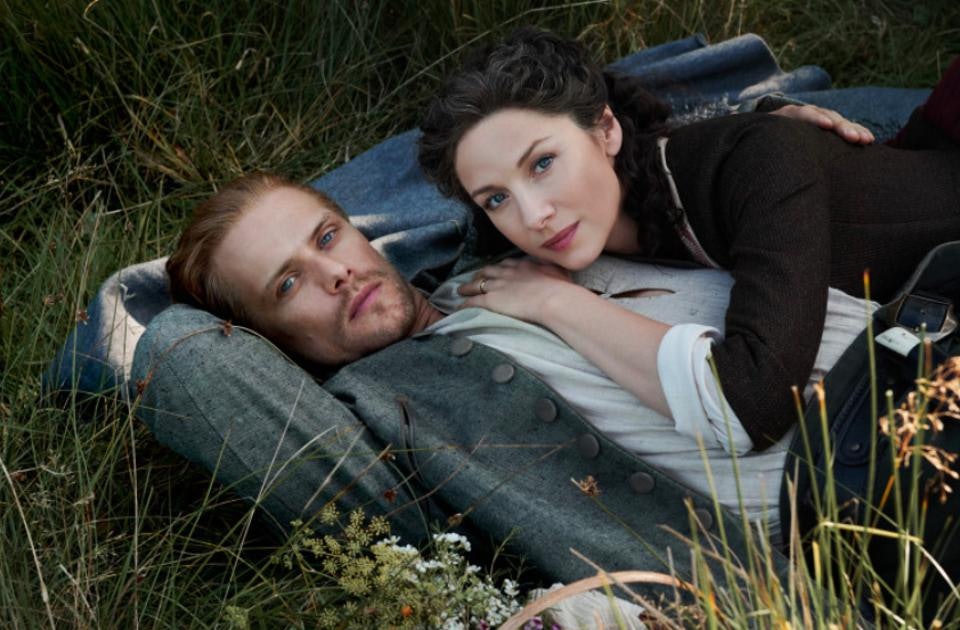 Based on Diana Gabaldon’s book series, Outlander follows the sizzling romance between a time-traveling 20th century nurse and her 18th century Scottish beau. The first three seasons are all available on Netflix.

This British historical drama features all the longing and romance of Bridgerton, along with lots of family drama. It originally aired on BBC and is based on the novels of the same name by Winston Graham.

Shondaland is truly the tops when it comes to steamy drama. Rhimes’ production company made Bridgerton, and its ABC series Scandal has just as much (if not more) romance, plot twists, and truly jaw-dropping moments.

If the more scandalous parts of Bridgerton are what attracted you to the series, then this series about sex workers in 18th century London is the one for you. The female friendships (and rivalries) also make Harlots a perfect follow-up to Bridgerton. 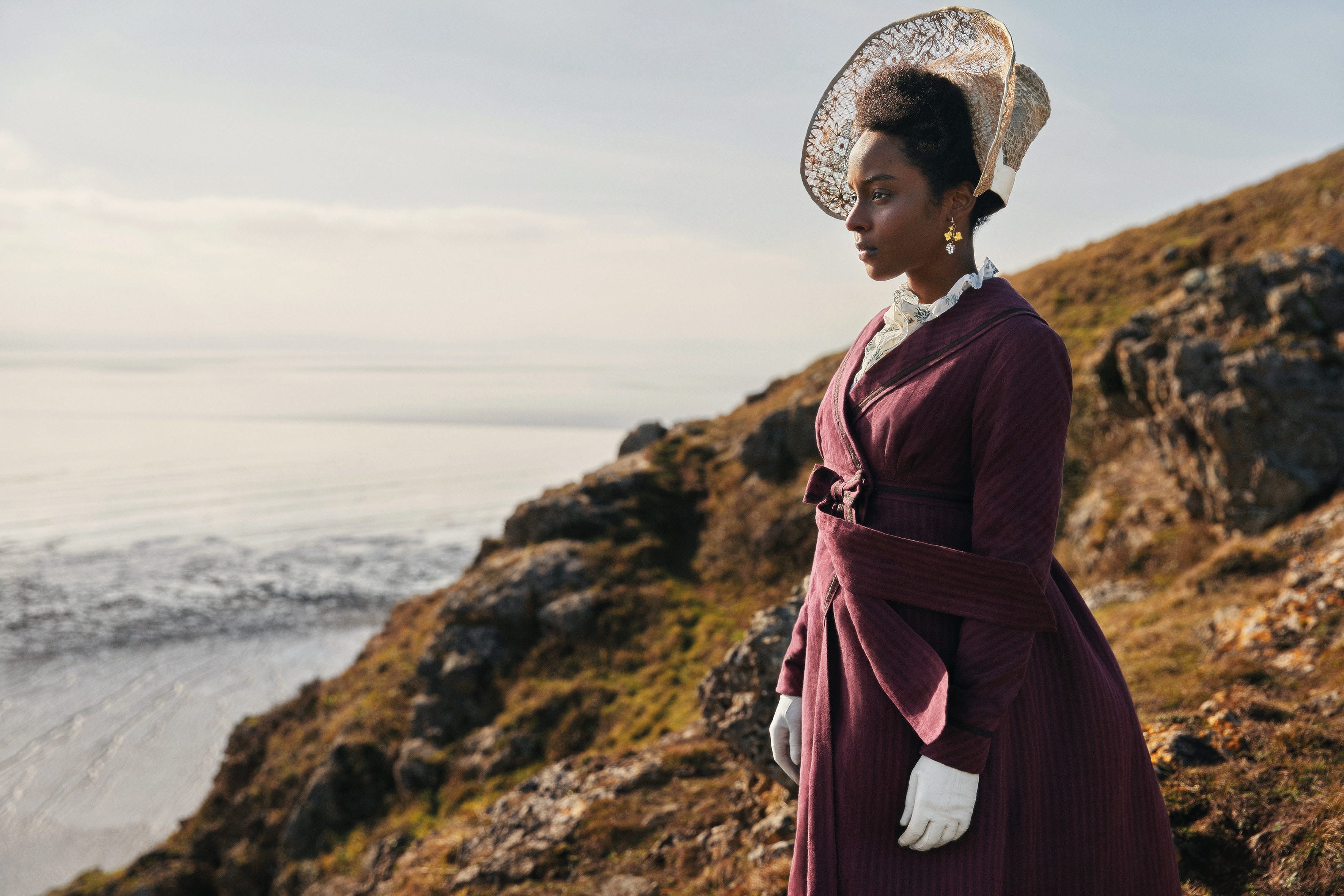 Jane Austen is the original Regency-era romance author, and this PBS series based on her final (and unfinished) novel has lots and lots of romance. Come for the sweeping seaside setting, stay for the witty dialogue.

Based on the novel of the same name by Julian Fellowes, Belgravia follows the families of London’s grandest neighborhood. If you enjoyed all the luxurious costumes and settings of Bridgerton, this is the series for you.

Elle Fanning stars as Catherine the Great in this Hulu series that takes a raunchy approach to retelling Russia’s history. Season 2 of this hit show is coming soon, so you can catch up on Season 1 while you wait. 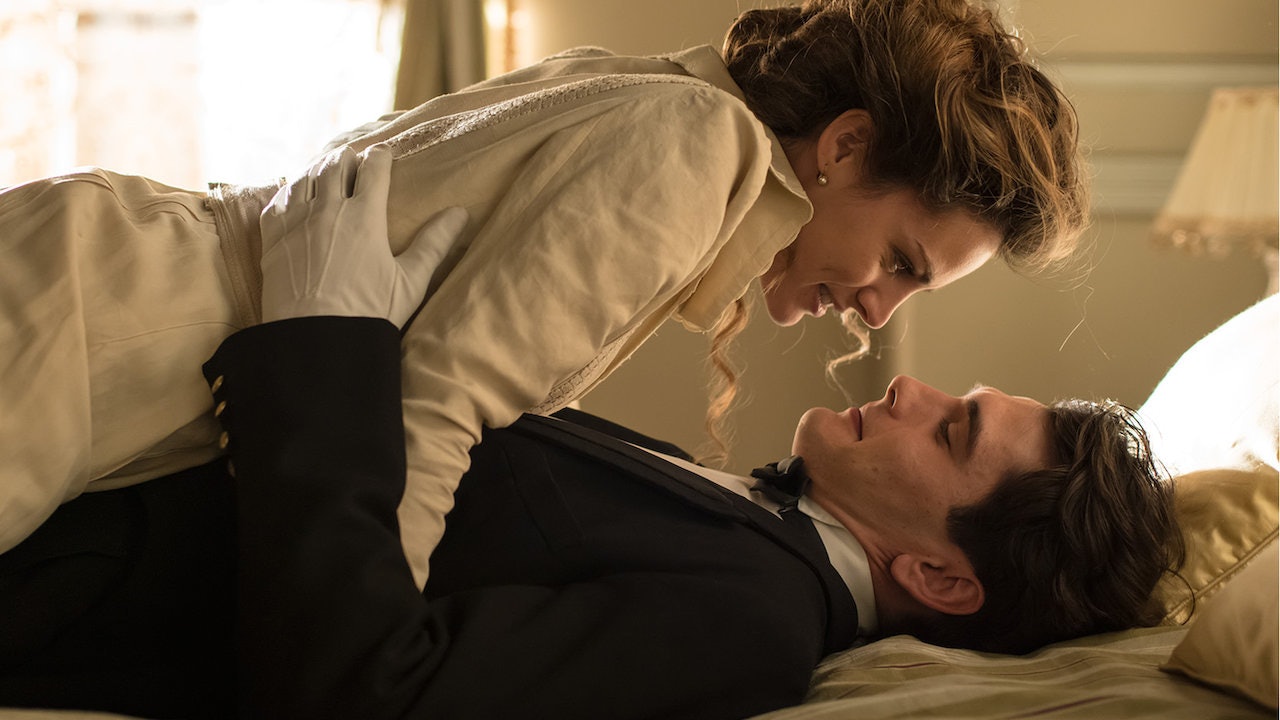 If you love mystery and intrigue in your aristocracy tales, then this pick is for you. This original Spanish series that centers on an early 20th-century hotel is available on Netflix.

Downton Abbey has its fair share of fans, but it’s worth including on this list for all the upstairs-downstairs drama. It’s set a little bit later than Bridgerton, but this lavish Edwardian mansion is still filled with plenty of aristocratic scandal.

Hailee Steinfeld stars as the famous poet Emily Dickinson in a version of her story that you’ve never seen before. Wiz Khalifa plays the personification of Death and modern bangers are part of the soundtrack, if that gives you any indication of of the wild turns this series takes.

There probably wouldn’t be a Bridgerton if there were no Pride and Prejudice. This classic Austen romance story sets the stage for all the romance stories that came after it. 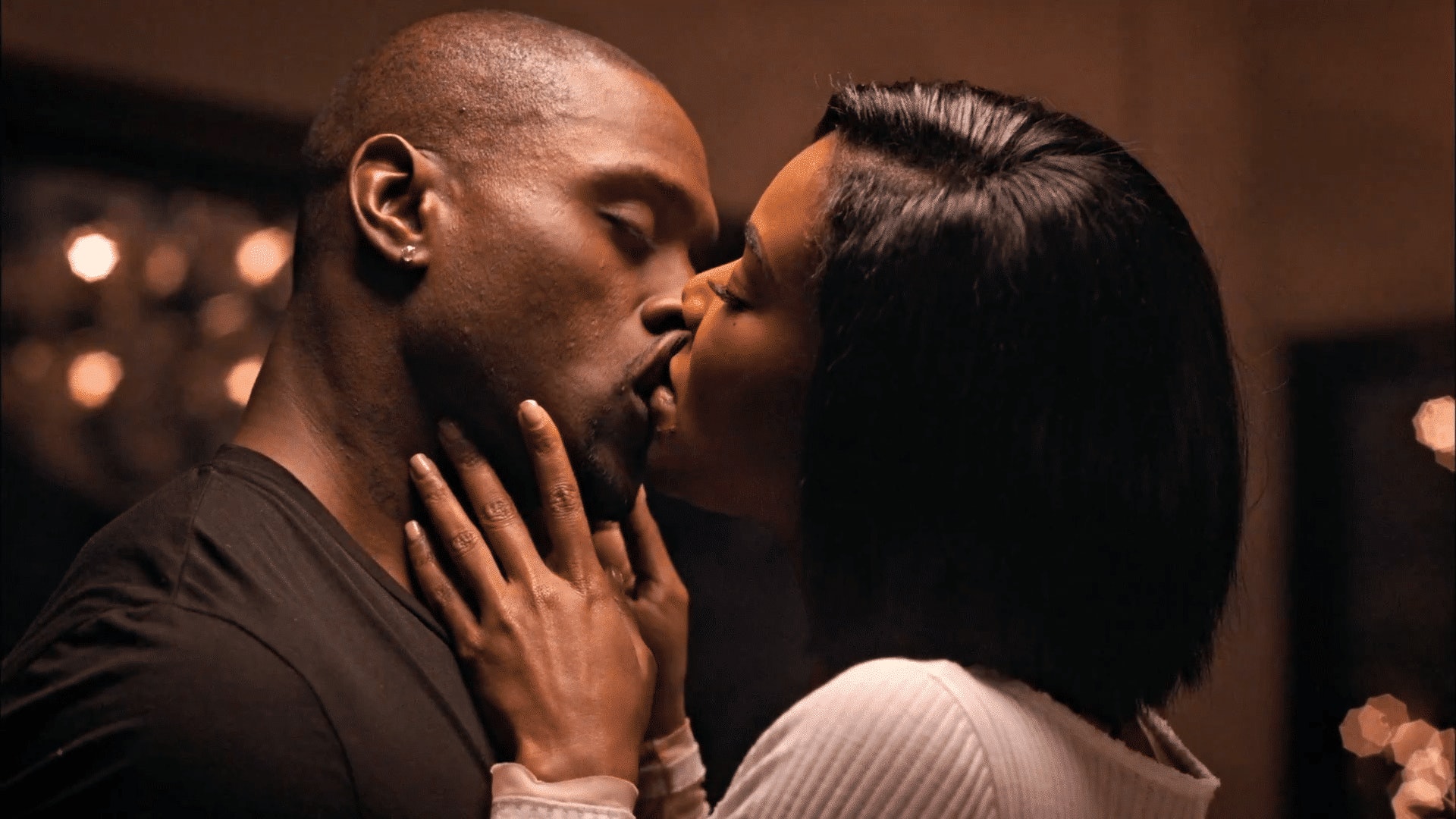 Being Mary Jane isn’t a period piece, but it has tons of romantic drama. This series is perfect if you’re in the mood to watch a single woman go through all the ups and downs of finding love.

Henry VIII goes down in history for a few things, but perhaps the most prominent is his many wives. Watch this show if you want to see all the scandal of his monarchy.

The Bridgertons are a tight-knit family, and if you’re looking for fraught family dynamics, then Queen Sugar is the show for you. It follows the Bordelons as they navigate life and love on their family’s estate in Louisiana. 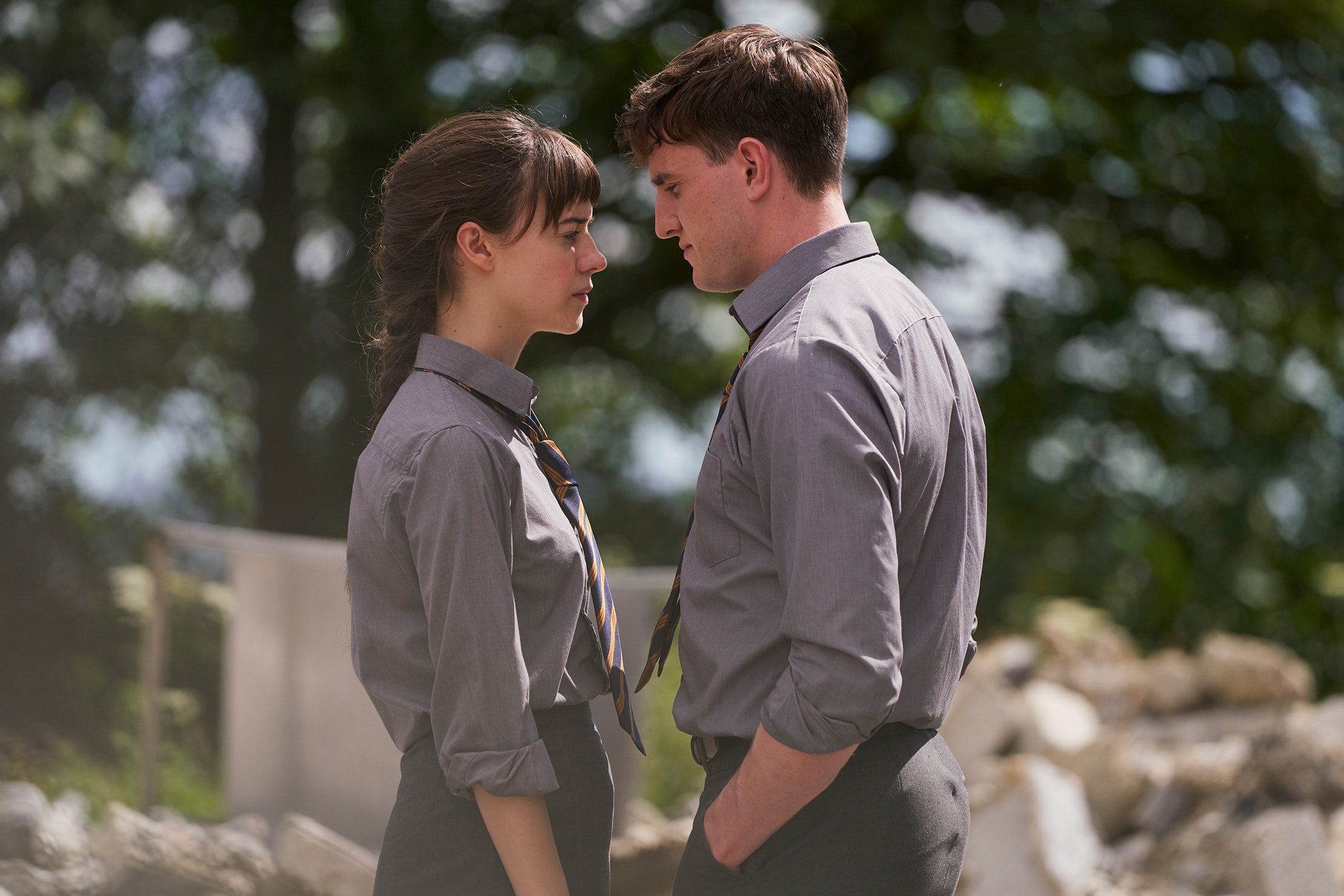 Normal People is a very different kind of love story from Bridgerton, mostly thanks to its modern(-ish) setting and very millennial characters. But it’s also filled with so much steamy longing, making it the perfect romance series.

Lady Whistledown runs things on Bridgerton, and if you want to see that taken up a notch, then check out A on Pretty Little Liars. The series originally ran on Freeform, and catching up on HBO Max will get you ready for its upcoming reboot.

Call the Midwife doesn’t have the same opulence as Bridgerton, but it does have lots of British period drama goodness. It follows a group of women as they navigate midwifery in 1950s East London.

This CW series tells the story Mary Queen of Scots, and all the scandal of her reign. If you love the sexy side of Bridgerton, this one’s for you.

And if you’ve exhausted all the options on this list, you can always go back and rewatch Bridgerton Season 1 on Netflix.