Most of the cases in Unsolved Mysteries are relatively straightforward, even if they do not have satisfactory conclusions. A well-loved, church-going mother wound up dead after services. A child murderer escaped from jail, and through luck and timing, has stayed one step ahead of the law. But then there’s "A Death In Oslo," in which nothing about the case, from the victim’s identity to how she died, makes sense. These theories about "Jennifer Fairgate" from Unsolved Mysteries are a reminder that anything could be possible when there’s so little to go on.

Here’s what’s known about the case at hand: On Wednesday, May 31, 1995, a young woman in her 20s somehow checked into the most exclusive hotel in Norway without showing ID or a credit card. She signed the register using a false name (Jennifer Fairgate), a false address, and a false phone number, the latter two of which were Belgian. From tracking her key card and hotel staff reports, she appeared to have spent nearly all her time out of the hotel over the next two days.

On Saturday, one of the people working behind the hotel desk came upon Fairgate’s account and realized there was no card on file. She sent a security guard up to the room, 2805. The security guard went upstairs, knocked on the door. Seconds later, there was a gunshot.

According to reports, the security guard ran downstairs and raisef the alarm. It took 15 minutes for anyone to return. When hotel staff finally got the door open — which was double locked from the inside — open, the woman was dead on the bed, with a gun — which she was somehow holding backward — in her hand.

The rest, as they say, remains a mystery. Here are the big theories about who this woman was, and what happened to her:

1. She Was An Undercover Agent

The first mystery in this case is the woman’s identity. The phone number and address she provided match a tiny town in Belgium called Verlaine. The street was even correct (although the house number she provided does not exist). This kind of knowledgeable detail raises questions: Either the woman was familiar with Verlaine, or someone gave her that address to write down and they knew Verlaine enough to coordinate these details. However, when investigators showed the people of Verlaine a sketch of the woman, no one recognized her. 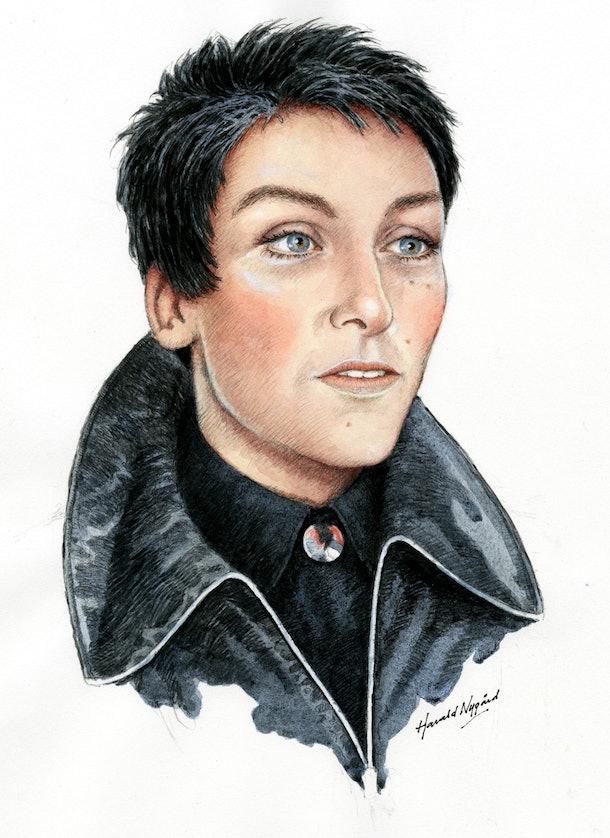 That leads to the idea the woman was an undercover agent, either with Interpol or an intelligence office for a European country — perhaps even Belgium’s oldest intelligence agency, the State Security Service (VSSE)? It would explain why the details of her identity were right, up to a point. It would also explain why no one stepped forward to claim her, or even acknowledge her death, despite years of investigators looking into the case.

2. She Was Being Trafficked

The undercover agent theory is also comforting because it gives an imagined agency to the woman’s choices. But there is a second, much more terrible theory: that "Fairgate" was not there of her own volition. The hotel receptionist said she vaguely recalled a man arriving with Fairgate, who hung back as she checked in and then disappeared up to the room with her.

Perhaps that man was in control, and "Fairgate" his prisoner. If so, she could have been a trafficking victim who was kidnapped and desperate to escape. Since she was out of the room for most of the two days before her death, no one knows what she was doing. The man may have been taken "Fairgate" to places, none of which were her choosing. He may have murdered her for trying to escape, or perhaps she took her own life.

3. The Hotel Staff Was Involved

Despite the above theories, there’s one glaring issue that cannot be ignored: The hotel staff’s behavior.

Admittedly, this was the mid-1990s, and the world was not fully digitalized yet. But even then, you don’t check into the most expensive hotel in the country and not present an ID or a credit card. That’s not how any of that works. Whoever checked her in may have deliberately disregarded protocols and then ignored the fact that there was no card on file for days.

Then there’s the security guard. He heard a gunshot, and he didn’t radio down for help immediately? Mobile phones were already widespread in Europe in the mid-1990s, but he didn’t call the police right awat? Instead, he… left the room unattended for a full quarter of an hour. Moreover, there are cameras all over the hotel, but there wasn’t any footage that could be of use?

If someone killed this woman and left with the door double-locked from the inside, either they are Spider-man, climbing the outside walls of the hotel, or they had help — possibly help from someone (or multiple someones) within the building.

4. She Died By Suicide

Or perhaps this is all just the product of letting one’s imagination run wild, and the answer is as simple as it seems: A young woman checked into a hotel, using a false name so no one could find her. She managed to fake her way into an expensive hotel, where slightly incompetent staff members made it easier for her to remain undetected while she completed suicide.

But such an ending feels deeply unsatisfying. With just enough unanswered questions, one can see why this case makes for a fascinating episode of Unsolved Mysteries. And who knows, maybe someone will see the episode, recognize "Fairgate," and come forward with answers.