Tiffany Franco Smith and her husband, Ronald Smith, are starring in the current season of TLC’s “90 Day Fiance: Happily Ever After?” as fans watch them navigate their marriage while living in separate countries, per Screen Rant.

Fans know that Ronald is seemingly putting pressure on Tiffany to be with him in South Africa as she works on getting his visa approved. To make things even more complicated, Tiffany pushed Ronald to look for work so he could financially support her and their daughter, Carley. Despite the drama between the couple, Tiffany penned a sweet Father’s Day post (per Screen Rant) and seemed thrilled how much he loved her son Daniel from a previous relationship. “You embraced Daniel in a way that I can’t actually explain,” she wrote. “The kids adore you. I adore you. Today is entirely your day, to celebrate the amazing dad you are and how even more amazing you are becoming every day.”

It’s no secret Tiffany and Ronald are up-and-down, but this time, it appears they might be broken up for good. Keep reading for more details. 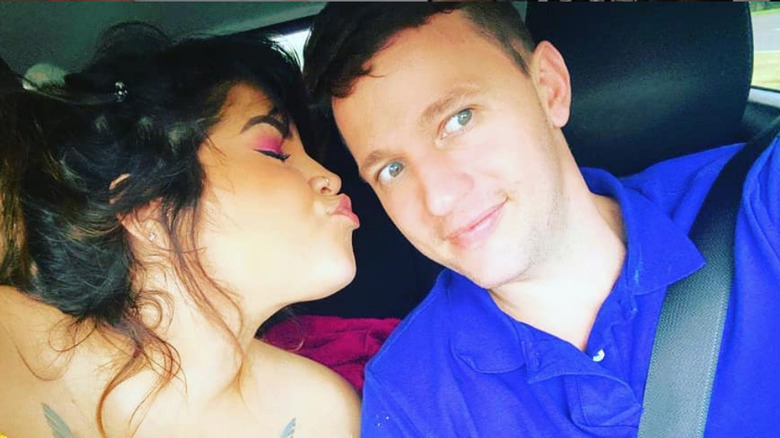 Tiffany Franco Smith and Ronald Smith have reportedly broken up for the third time due to reported “emotional abuse,” according to In Touch Weekly.

Things reportedly started heating up on July 3, on their daughter Carley’s second birthday. The happy occasion was seemingly overshadowed by their relationship issues, as Ronald took to Instagram to share a graphic that read “no words.” On July 6, Tiffany took to Instagram Stories (via In Touch Weekly) and seemed to hint at more trouble, writing, “You think things are messy? They are about to get a whole lot messier.” She then reportedly shared direct messages and emails from Ronald (via Screen Rant), claiming he “only wanted to see the kids going forward and was done being together.” One of his emails reportedly reads, “You can say I’m cheating. You are the one lying about the visa.” Tiffany let out more accusations in a separate Instagram story, adding that “emotional abuse leaves scars that you’ll never see. I’ve gone through enough for a whole life together and I’ve had to stay quiet.”

Ronald wasn’t having it and reportedly asked his Instagram followers for help on getting a lawyer in the United States. He lit into Tiffany on an Instagram Live and claimed that “she literally lied blankly in my face about the visa.” Things aren’t looking great for the couple’s future.