Losing weight for a role is a controversial technique that’s gone on for decades, at first expected of women, then men. After criticisms of forcing women to look skinny on TV or in movies, we’re finally seeing more normal sized women in media.

Men are also taking major weight loss risks, only to bring a sense of realism to roles rather than being pressured by directors.

Adam Driver lost 50 pounds for a 2016 movie role and found the experience more than a little challenging.

If you have to blame anybody for the realism, you’ll have to pin it on the iconic director Martin Scorsese. 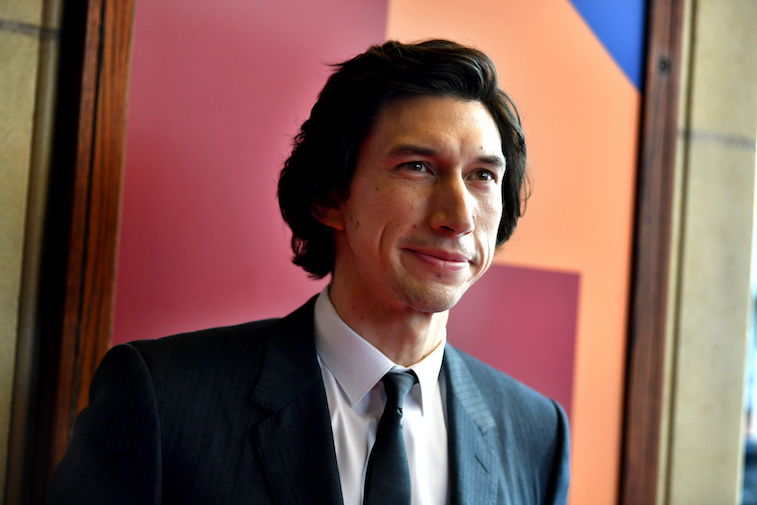 We know Scorsese has always utilized as much reality as he could muster in his past movies, though usually at the behest of the actors he employed. Back in the days when Robert De Niro was Scorsese’s go-to actor, former actor’s method acting often went to extremes to a point of him almost becoming the character.

Only De Niro could tell us how damaging that might have been psychologically, but we know he survived it all. Maybe it’s the real explanation why he decided to try more comedies to move away from the crazy characters like Travis Bickle, Jake LaMotta, and Rupert Pupkin.

It’s becoming clear Driver is becoming Scorsese’s new De Niro. You can almost count on them working together again after Scorsese proclaimed Driver as the best actor of his generation at the recent Telluride Film Festival.

One has to argue, though, whether dangerous weight loss is really worth it to bring realism to a film. When Driver tried it for Scorsese’s Silence, he didn’t realize the physical and mental toll it brought.

Did losing 50 pounds cause some unnecessary health problems for Driver?

According to Driver, he lost 30 pounds before shooting even began for Silence. Since he was playing a 17th century Portuguese Jesuit priest (with Andrew Garfield) traveling to Japan by foot, Scorsese wanted his actors to look emaciated.

Driver and Garfield both acquiesced, yet the former found it tough going when shooting began.

During the shoot, Driver lost an additional 20 lbs. due to the grueling schedule. You can even find pics of him on set looking so skinny his ribs were visible.

Obviously, this was taking method acting over the line. Based on a recent interview in discussing the film, Driver notes he could barely get through the scenes due to fatigue from not eating enough.

Analyzing this makes us contemplate how many other actors will ever go to similar extremes again. If it ultimately brought realism to Silence, it could prove have proved a major health risk if something went awry.

Other actors might not be so daring as Driver

There may be new fears from other actors (or studios) about what kind of damage could be done with dramatic weight loss or mental health in dark roles. We still wonder how actors like Joaquin Phoenix and other A-list actors can take on dark roles so adeptly without having some kind of mental healing when off-camera.

Physical stress can become a bigger issue, especially if the actor hasn’t had doctor approval to lose so much weight.

It’s possible Driver is one of the few of his generation willing to go toward method acting techniques (an acting approach he denies), hence one of the last remnants of Scorsese’s heyday.

With life more valued now in a time when we understand how fleeting life is, don’t expect to see many other actors willing to jeopardize their bodies merely to win an Oscar.