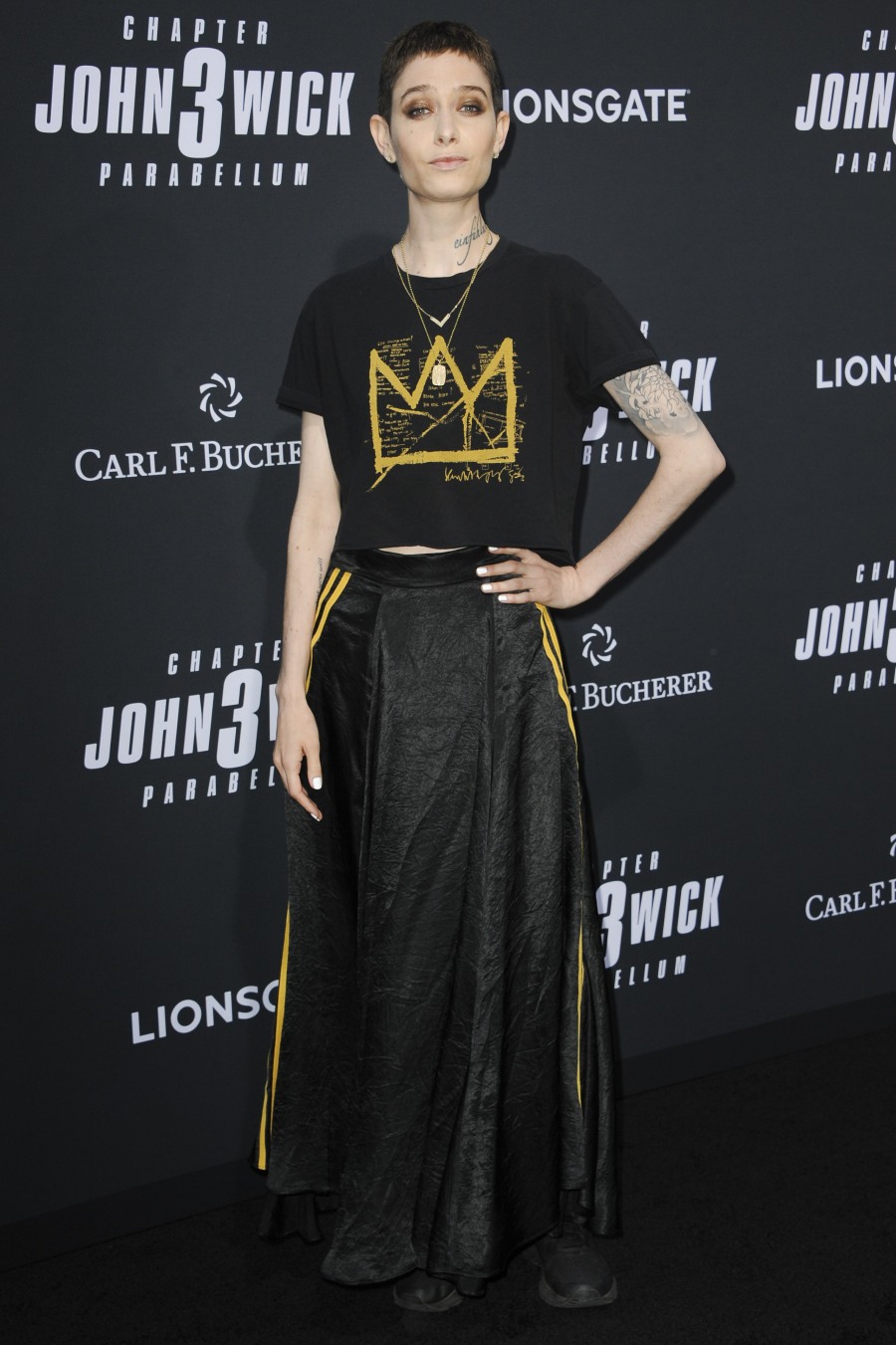 I’ve mentioned this before, but Billions is one of the few current shows I’m watching. I love it – I started watching it because I’m a Damian Lewis fan, and now I’m watching it because I’m a huge Asia Kate Dillon fan. The rest of the people can and should burn in hell for what they’ve done, just leave me Taylor Mason, the non-binary mathematical savant who can make billions of dollars in their sleep. Asia Kate – like the Billions character they play, Taylor Mason – prefers they/them pronouns, so that’s what I’m using in this post. It takes a minute to get used to writing that way, just as it takes a minute to normalize the non-binary language on Billions. Anyway! Asia Kate covers New York Magazine and it’s a wonderful profile. I came into it thinking “I hope New York Magazine doesn’t make them talk about being non-binary instead of talking about their work,” but Asia Kate is clear: their non-binary identity is so central to the role and to their life. You can read the piece here. Some highlights:

Even their dog is non-binary: “My dog, I just call Herbert or buddy. I do think it’s fascinating though that primarily the first question when one asks about Herbert is, is Herbert a boy or a girl? As if the context is needed for them to understand something greater about the dog.”

Asia Kate’s style: “I want to be comfortable above all else — I’m pretty much always wearing a sensible sneaker,” though they say they’ve been dipping back into stereotypically feminine clothing since coming out as nonbinary because “that didn’t make me feel like I had to be a girl or a woman, just because I was wearing a dress or a skirt or a full face of makeup.”

Their partner: They refer to their partner, a nonbinary playwright, as their “sweetheart.” (For instance, when explaining why they use a flip phone: “if my sweetheart and I are going out on a date or whatever, I’m not even tempted to check anything.”)

Their sexuality: They tried coming out as a lesbian, but that didn’t feel quite right, nor did saying they were bisexual. They now identify as pansexual, saying they are “a human being who is attracted to other human beings.”

Asia Kate wanted to blend with Taylor Mason: “Right from the beginning, I didn’t feel any kind of pressure or like, Oh my God, what did I get myself into? Because I felt immediately like the autonomy was mine. And then, on top of that, I spent almost 32 years not living in the full truth of my experience. I was more than ready to talk about it as much as I could, engage with my newfound community, and really just live fully in my truth for the first time in my life.”

Whether they’re a trailblazer: “I am one part of the community, whose visibility would not be possible without the work that had been done before me by the people who continue to be the most marginalized from the movement. That trail existed long before me.”

As I said, I love the Taylor Mason character. They steal every scene they’re in and they make the men of the show – especially Paul Giamatti and Damian Lewis’ characters – seem so petty, arrogant and self-involved. Plus, Asia Kate makes the other actors look like they’re overacting – Asia is a model of minimalism, and you only know their reaction to some particular piece of news by a bare flicker of an eyelid, a hint of a smirk, a faintly parted lip. They’re incredibly watchable. My hope for the season finale (this coming Sunday) is that all of the male leads die or go to prison and that Billions just becomes The Taylor Mason Show.