In a scene that appears to mock the creation of pointless woke roles in the public sector, lead character Catherine Cawood told her police colleagues that civil servants had insisted their station must have a ‘dedicated alien life form liaison officer’.

The sergeant, played by Sarah Lancashire, tells officers that the bonkers edict comes in the wake of increased UFO reports.

She says: ‘In light of recent incidents, sightings and happenings across the Yorkshire and Humberside area, the Home Office has deemed it necessary to appoint in each division one constable as a dedicated alien life form liaison officer.’ 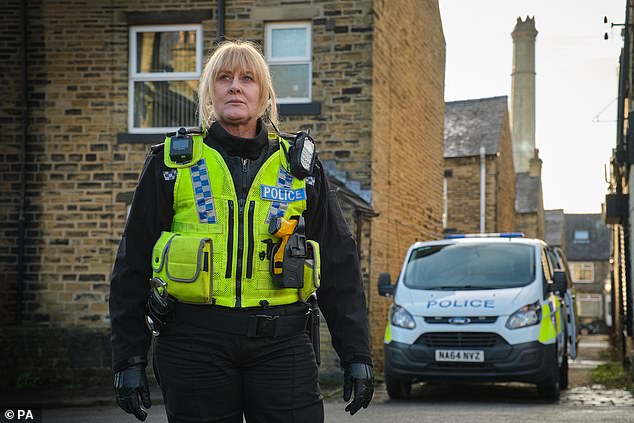 Catherine Cawood, played by Sarah Lancashire, tells officers that the bonkers edict comes in the wake of increased UFO reports 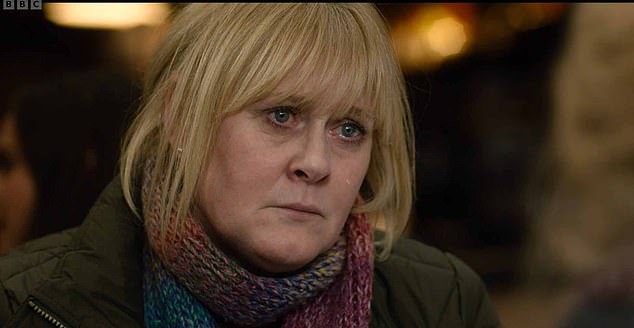 Asked again: ‘Is that a joke?’ she says: ‘Do I look like a comedian? Just to be clear, I think they’re taking the p*** when we’re so short staffed but who am I to question the wisdom of the Home Secretary.’

The comment was not lost on viewers. One tweeted: ‘The genius of Sally Wainwright’s writing is that she slips in hilarious asides without undermining the terrifying narrative of the main story. I hope the alien life form liaison officer becomes a running gag.’

Meanwhile, the Metropolitan Police spends more than £1 million a year on 23 diversity roles. The revelation prompted Home Secretary Suella Braverman to tell forces to drop woke ‘gestures’ and instead focus on crime.

Happy Valley continues on BBC1 at 9pm tonight. Last week, viewers were left with the cliffhanger of whether pharmacist Faisal had killed troubled mother-of-two Joanna Hepworth.