Does the ‘Bad Guy’ need a nightlight? In a preview of the new Billie Eilish documentary film, the ‘Therefore I Am’ singer admits she sleeps in her parents’ room because she’s afraid of creatures under the bed.

“This is my parents’ bed,” Billie Eilish says at the start of the trailer for the new Apply TV+ documentary, Billie Eilish: The World’s A Little Bit Blurry. In the preview, the Grammy-award singer is seen lounging under the blanket, with slime green nails and matching hair, while staring listlessly at her phone. As to why Billie would be crashing in her parents’ room and not her own, she admits, “I sleep in here because I’m scared of [the] monsters in my room.”

It appears that even though she, as the trailer boasts, has earned “141 nominations,” 137 million followers, and 55 billion streams, and 19 songs on the Billboard Hot 100, teenage Billie is still a kid, in some respects. The World’s A Little Bit Blurry promises to tell the story of the “Bad Guy” singer, a “true coming-of-age story of the singer-songwriter and her rise to global superstardom.” The documentary film, “from award-winning filmmaker R.J. Cutler,” will provide a “deeply intimate look at this extraordinary teenager’s journey, at just seventeen years old, navigating life on the road, on stage, and at home with her family, while writing, recording and releasing her debut album WHEN WE ALL FALL ASLEEP, WHERE DO WE GO?” 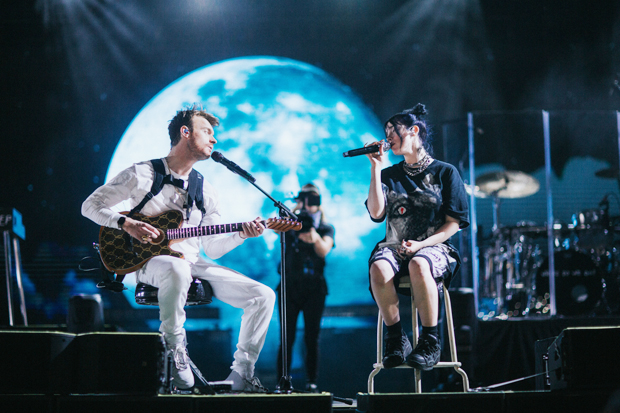 Spoiler alert: everything works out for Billie. Her debut album, released in March 2019, is currently certified triple-Platinum in the US and will likely double that in the coming years. The album swept the top four categories at the 62nd Annual Grammy Awards in 2020. She took home Album of the Year, Record of the Year, Song of the Year, and Best New Artist. This feat made her the second recording artist (and first female artist) to win the four major categories in the same year. The only other artist to do this was Christopher Cross in 1981.

This isn’t to say that Billie hasn’t overcome a lot in becoming one of the world’s biggest pop stars. She has been open about her struggles with mental health and her history of self-harm. “I was so unhappy last year,” she confessed to Gayle. “I was so unhappy, and I was so, like, joyless…I don’t want to be too dark, but I genuinely didn’t think I would make it to 17,” Billie said in a January 2020 interview. “moment that Billie often goes back to where she nearly took her own life. “I think about this one time I was in Berlin, and I was alone in my hotel. And I remember there was a window right there. I remember crying because I was thinking about how the way that I was going to die was…I was going to do it.” 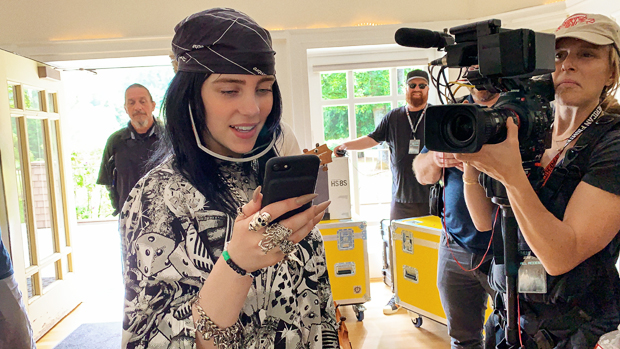 Billie has also had to deal with body shaming. Her signature style of oversized streetwear was a product of past boyfriends never making her feel desired. “None of them. And it’s a big thing in my life that I feel I have never been physically desired by somebody,” she said in June.

“I dress the way I dress as I don’t like to think of you guys — I mean anyone, everyone — judging it, or the size of it. But that doesn’t mean that I won’t wake up one day and decide to wear a tank top, which I have done before,” she added. She did just that in October. The massive reaction to seeing her in something other than a giant sweater prompted Billie to beg everyone to chill and “normalize real bodies.”

Billie Eilish: The World’s A Little Bit Blurry is out on Feb. 26 on Apple TV+