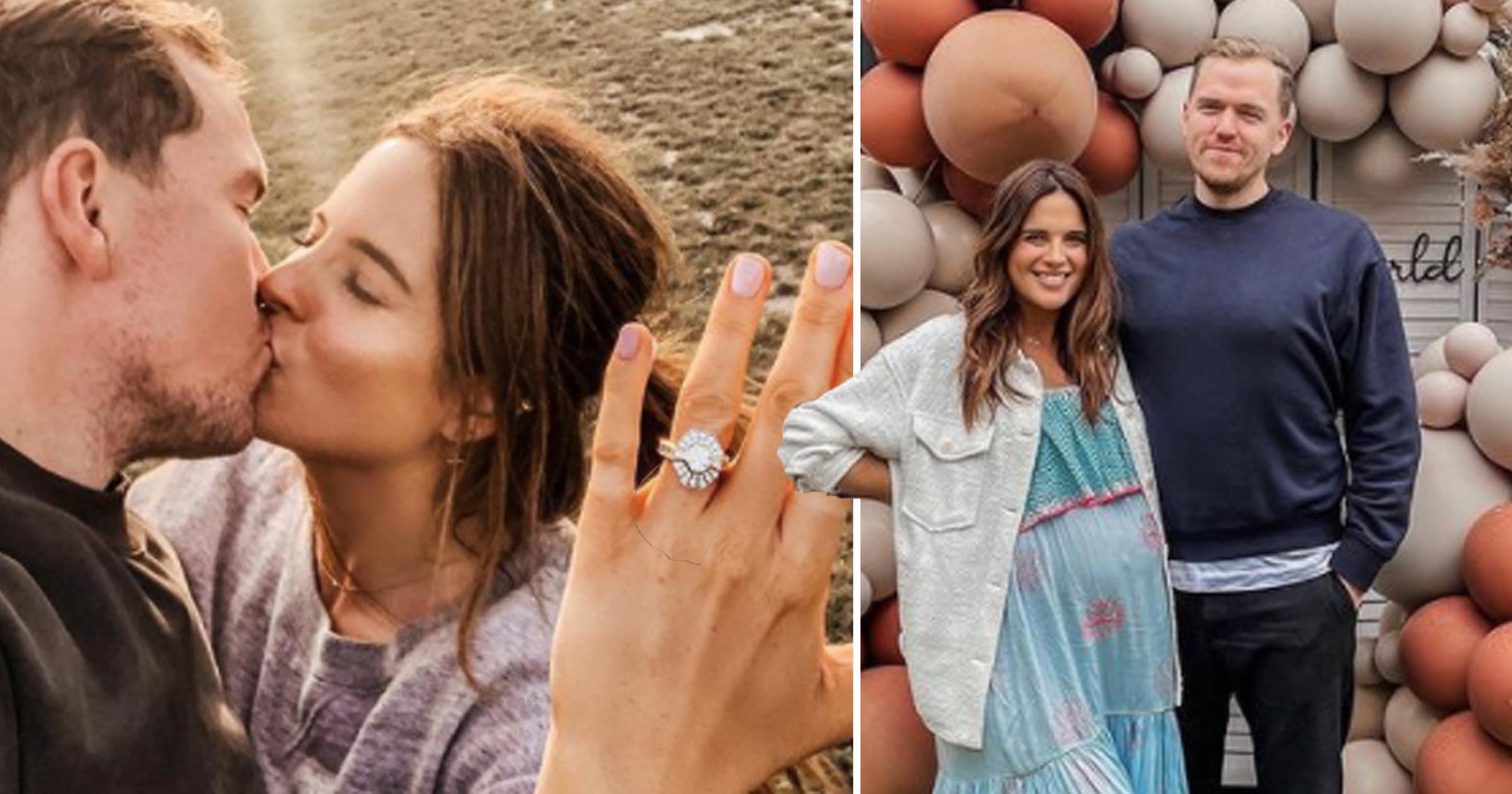 Made In Chelsea’s Binky Felstead has married husband Max Darnton for a second time in the former Corfu home of author Lawrence Durrell and his wife Nancy.

The reality star described the location of the White House at Kalami on the Greek island as a ‘dream come true’ as she used to watch the ITV drama The Durrells and thought it looked like ‘heaven’.

Binky and Max, who met at Soho Farmhouse in 2019, previously tied the knot in a small civil ceremony at Chelsea Old Town Hall last July, seven weeks after Binky gave birth to their son Wolfie.

Their second celebration, which came nearly a year after their first wedding, was part of a week of festivities on the Greek island.

Among the 100 family and friends in attendance were now one-year-old son Wolfie and his big sister India, five, who the TV personality shares with her ex-partner Josh Patterson.

Binky’s former Made In Chelsea co-stars Ollie Locke and his husband Gareth, Millie Mackintosh, Hugo Taylor and Rosie Fortescue were also present for the celebrations.

Speaking about the special wedding venue, she told Hello! magazine: ‘I used to watch The Durrells on TV and I remember saying: “I really want to go there – it looks like heaven.”

‘Having it as our wedding venue was a dream come true.’

The 32-year-old wore a corseted gown with a boho style by Israeli designer Liz Martinez for the big day, and described herself as feeling ‘confident and very ‘me’ in it’.

‘When I first tried it on, I had already got what I thought was The Dress, but I hadn’t felt the feeling I felt with this dress, with any of the others.’

New husband Max added he thought that she had looked ‘absolutely incredible’ for the special day.

The businessman also revealed that during the dinner he had shared a speech where he spoke about how he had married two people.

He explained: ‘I said I married Binks but I also married into India’s life.

‘As I was saying that, India trotted down and stood next to me. It was the most perfect timing.

‘She gave me a hug and said hello to everyone on the microphone – I think she enjoyed the attention.’

The couple are now going to enjoy a family getaway to the south of France before daughter India goes back to school in September, with the holiday planned as ‘something lovely to do after the wedding to beat those post-wedding blues’, according to Binky.