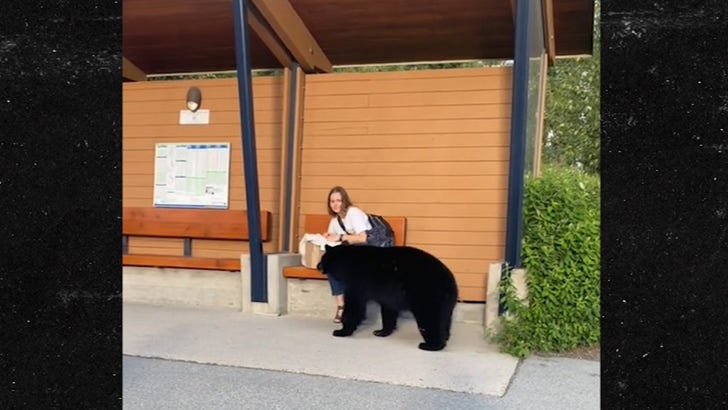 This black bear’s got no problem getting up close and personal with humans — it was chilling at a bus stop where an unlucky woman encountered the animal while waiting for her ride.

The incident went down in British Columbia and was uploaded to TikTok with a caption that jokingly reads, “Did someone lose their dog?”

The bear goes right up to the clearly frightened woman sitting on the bench, checking her out and sniffing her belongings as she tries to keep calm — before shifting its attention to a nearby trash can.

The person behind the camera offers up some sage advice to the woman during the ordeal, saying “Um, I would just, like, chill.” 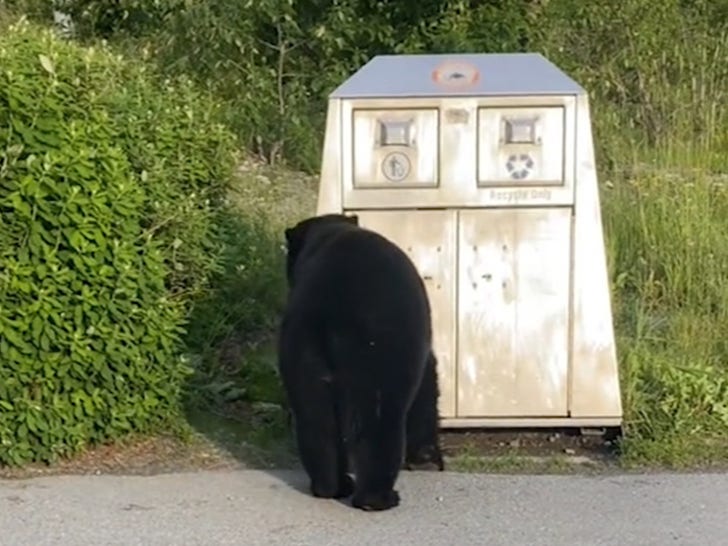 The original uploader says the safest option when encountering a black bear is to be gentle and make some noise so it doesn’t feel threatened.

The comments on the video might be missing the vital safety tips, however … with one saying “My toxic trait is that I would have pet it thinking it was a good boy.”

Thankfully no one was injured — and hopefully, that bear didn’t go home starving.