Britney Spears has a message for all the #FreeBritney supporters out there: she is in control of her life… at least when it comes to her Instagram account!

The 37-year-old pop superstar took to the social platform on Tuesday to share a video responding to claims that she doesn’t post her own videos to her Gram.

She told followers in a selfie-style recording:

“For those of you who don’t think I post my own videos, I did this video yesterday, so…you’re wrong! But I hope you like it.”

In a second clip (the one Brit hopes we like), the Pop Princess was seen modeling multiple outfits to the sound of Rihanna’s Man Down.

Ch-ch-check it out (below).

The revelation comes after months of fan speculation that Britney’s management team are the ones who control what’s being posted on her IG account, not the Toxic singer.

The con-Spears-ity theory really exploded when Brit was in the middle of her 30-day stay at an El Lay-area wellness center. During that time, an unnamed source claimed that she was checked into the facility involuntarily and was being held there against her will.

Although Britney went on to confirm this was true — that she did not check her self into the facility voluntarily and that she was being held there against her will — the initial claims prompted the pop star to release an Instagram video assuring her fans that “all is well.” 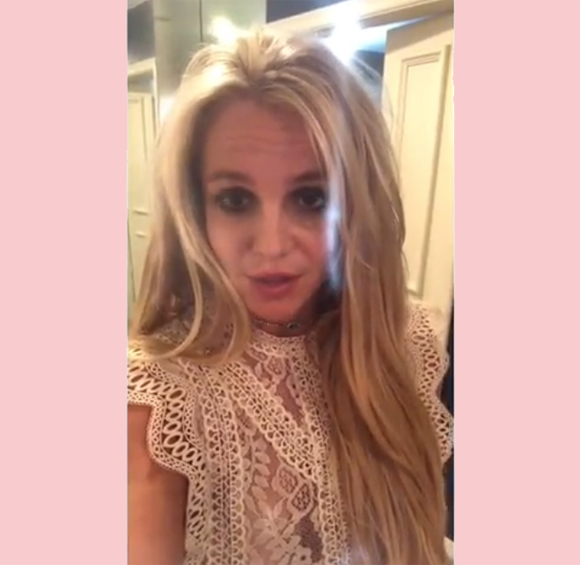 This confessional only made fans more concerned, however, with many questioning if Britney was now being forced to post Instagram videos against her will.

The sexy workout videos the performer would later post weren’t enough to convince fans otherwise. #FreeBritney supports went on to claim that these videos were recorded well before Britney’s mental health crisis and merely posted recently by her team to make it look like she was doing well.

Well, now we’ve heard it straight from Britney’s mouth: she’s posting at least some of the videos to her social media accounts… and she hopes we like them all!

Do U think something weird is still going on here, Perezious readers? Share your thoughts (below) in the comments!