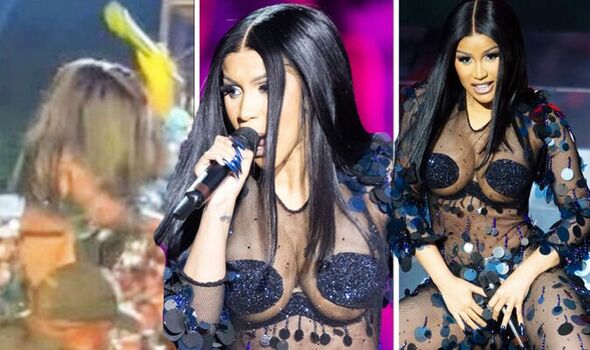 Cardi B, 29, wowed at Wireless Festival at London’s Finsbury Park on Friday as she left very little to the imagination in her see-through attire. The Bodak Yellow rapper shut down claims she got into a scuffle with a fan in the crowd.

It comes after a video circulated online of the performer seemingly showing her leaning down into the crowd and hitting down with her microphone.

Cardi denied there was any altercation, as she replied in view of her 23 million followers: “It wasn’t NO FIGHT! @itsKenBarbie got the whole thing on their page.”

Videos from other angles showed that she was simply caught up in the crowd and appeared to show her hair being pulled prompting her to swing her microphone into the crowd.

Cardi took part in the second weekend of Wireless, as she donned a sheer catsuit and flashed the flesh in the eye-popping number.

She also delivered a jaw-dropping performance alongside Megan Thee Stallion, with the pair certainly sending pulses racing as they put on an X-rated show. 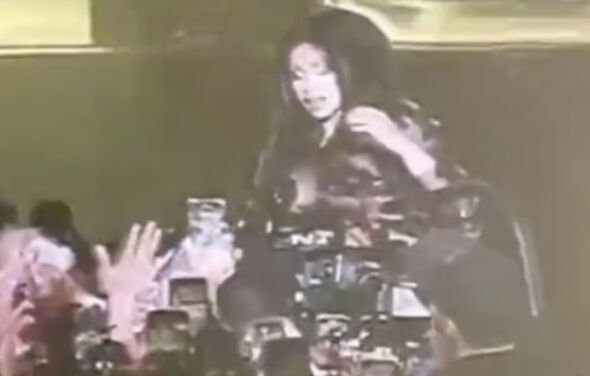 Cardi B was forced to deny fighting at Wireless Festival

The Bodak Yellow hitmaker could be seen in the crowd at London’s Finsbury Park. 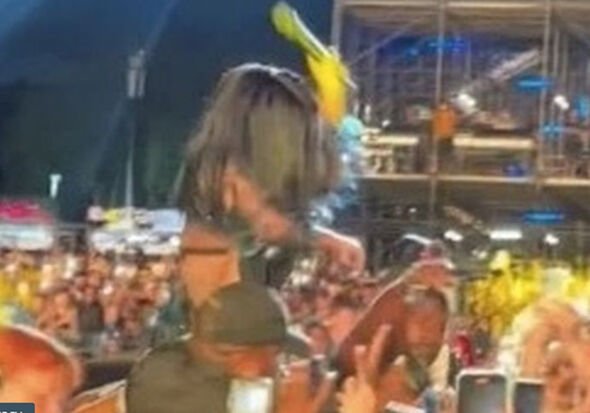 Cardi B appeared to swing her microphone down at the crowd