Lord Of The Rings star Cate Blanchett: The first time I was cast in a Tolkien role – by some VERY reluctant teachers

Cate Blanchett won huge acclaim playing the elven queen Lady Galadriel in all six of Peter Jackson’s The Lord of the Rings and Hobbit films.

But the Australian-born star has revealed that she was only given her first Tolkien role because her teachers didn’t know what to do with her.

On BBC Radio 4’s Desert Island Discs today Blanchett says she made her acting debut at school in Melbourne with a bit part in The Hobbit.

The mother of four, 53, says: ‘The first role I got in a school play was as the fellow who shot Smaug down in The Hobbit. So, I had one line and I got to shoot a bow and arrow. It was the last dramatic moment in the play.’

Amazingly, Blanchett – regarded as one of the finest actresses of her generation – revealed she was only given the role begrudgingly because her teachers didn’t rate her acting skills and didn’t know what do with her. 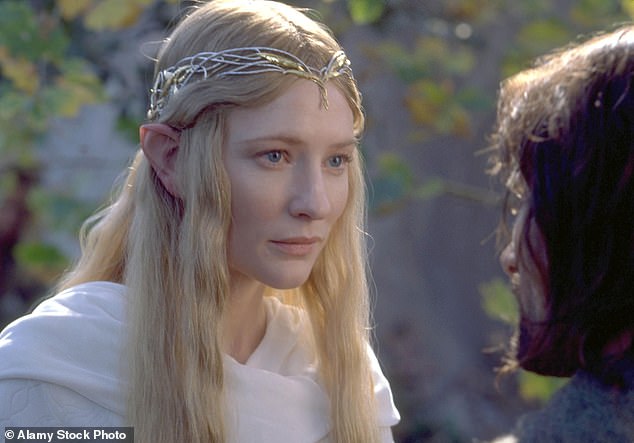 She says: ‘All the parts in the school plays that were organised by the teachers sort of went to the girls that were really confident, popular, good at sport, and I was not that.’

Blanchett, whose big screen credits include her Oscar-winning roles in Martin Scorsese’s The Aviator and Woody Allen’s Blue Jasmine, also reveals her plans to steal the scene in a school production of The Chronicles of Narnia were dashed.

She says: ‘I was a statue in The Chronicles of Narnia and I practised my position for so long. I was in white Lycra, which no one looks good in particularly an adolescent girl… And the stage manager cued us late.

‘So I was climbing up on the rostrum and I had this beautiful pose planned and I didn’t have time to turnaround, so all the audience saw was my bum – I got a laugh!’ 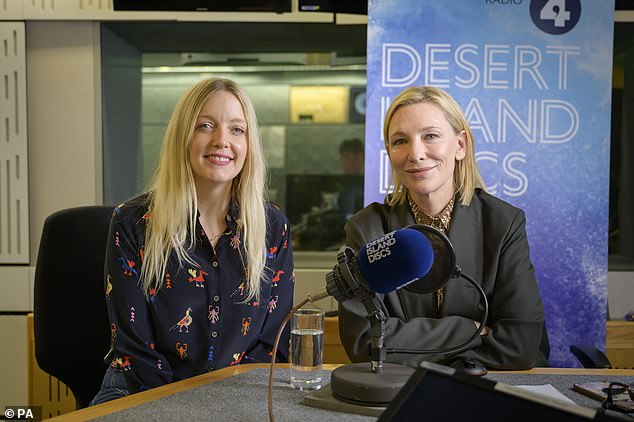 Blanchett also recalls the death of her father Robert who suffered a fatal heart attack when she was just ten.

The actress said her recent immersion in the world of classical music in the film Tar had triggered feelings of guilt as she had not kissed her father goodbye the last time he left for the office as she was busy playing her piano.

Desert Island Discs is on BBC Radio 4 today at 11.15am and repeated at 9am on Friday.