Celebrities are just like us… haunted by the restless spirits of the dead!

Seriously, we’ve heard some wild ghost stories over the years from celeb and non-celeb alike. But these stars have some of the best!

Whether it’s spectral presences getting overly amorous or scaring folks so bad they have to leave their homes, here are some of the most haunting tales of the supernatural we’ve ever come across… 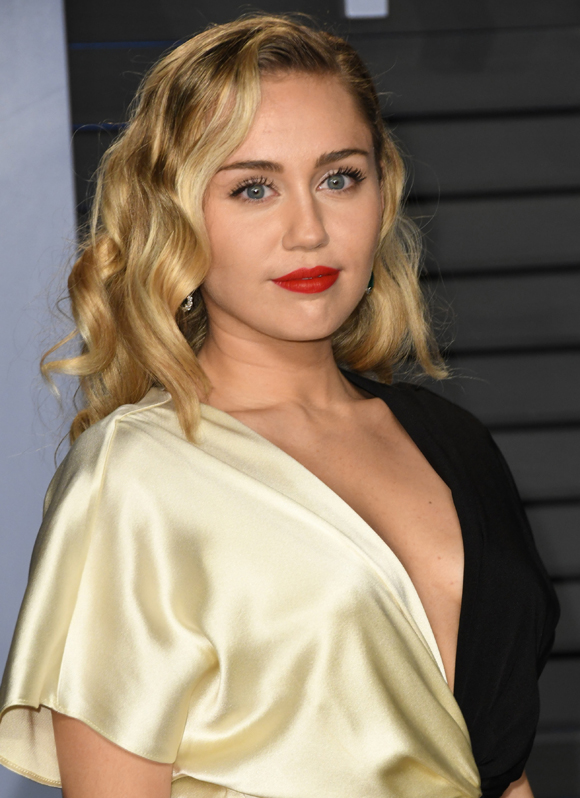 During her European tour in 2009, Miley Cyrus stayed at a flat in London that she swears was haunted. She told Elle UK:

“It was seriously so terrifying. It used to be an old bakery and they turned it into an apartment building, and I was having really crazy dreams and really scary things, and one night my little sister — it sounds crazy to tell you — but she was standing in the shower and all of a sudden I hear her scream. I run in there and the water had somehow flipped to hot but it was still… It wasn’t like the water had just changed, the knob had turned but she hadn’t turned it and it was burning her. She was really red.”

Ouch! What a d-hole ghost! But that wasn’t the only time the poltergeist pestered them:

So just the bathroom was haunted? Or the little boy spirit was a total perv? Like Casper the Overly Friendly Ghost! 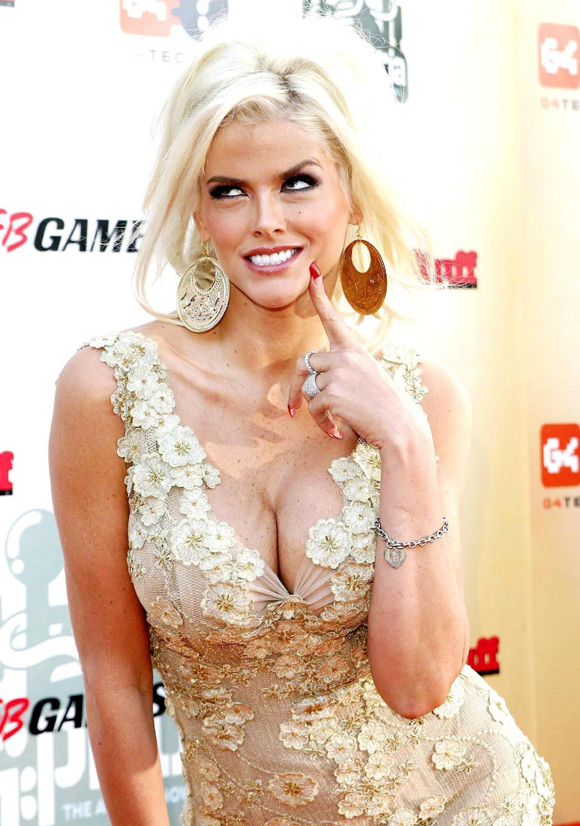 The late Anna Nicole Smith probably didn’t look at passing on with quite the same fear of the unknown as most of us. Not only did she believe in ghosts, she was certain she’d had sex with one!

“A ghost would crawl up my leg and have sex with me at an apartment a long time ago in Texas. I used to think it was my boyfriend, and one day I woke up and it wasn’t. It was, like, a spirit and it—woo! —went up! I was freaked out about it, but then I was, like, ‘Well, you know what? He’s never hurt me and he just gave me some amazing sex so I have no problem.’”

Wow! The interviewer doubted her, asking if she might have just been dreaming, to which the model replied:

“It was not a dream because it was happening every night… I told my boyfriend and he didn’t believe me. Of course… MEN!”

Do YOU buy that ghosts could be going around having sex with models? It certainly takes some of the edge off the idea of shuffling off this mortal coil, that’s for sure… 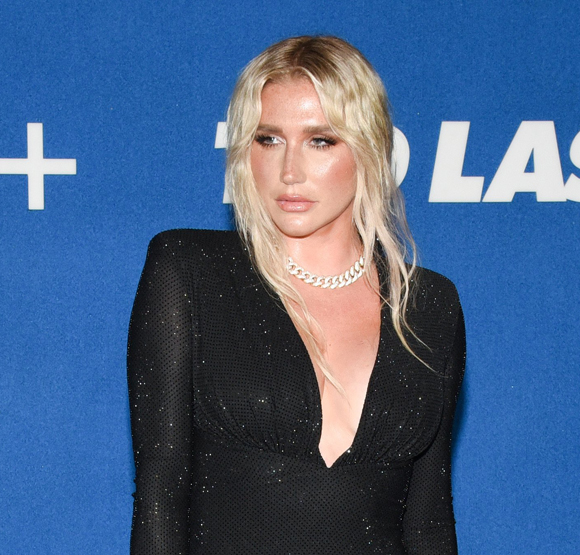 Believe it or not, Anna Nicole Smith isn’t the only celeb who says they’ve had relations with a spectral presence — Kesha has, too!

After teasing in 2012 that her song Supernatural was about “experiences with the supernatural, but in a sexy way,” the singer confirmed that meant exactly what we all thought on an episode of Conan. She admitted:

“I did go to the bone zone with a ghost!”

When Conan asked if this was a famous figure from history, she explained:

“I don’t know his name. He was in my house. He just started caressing me… It was a sexy time, it wasn’t, like, sex.” 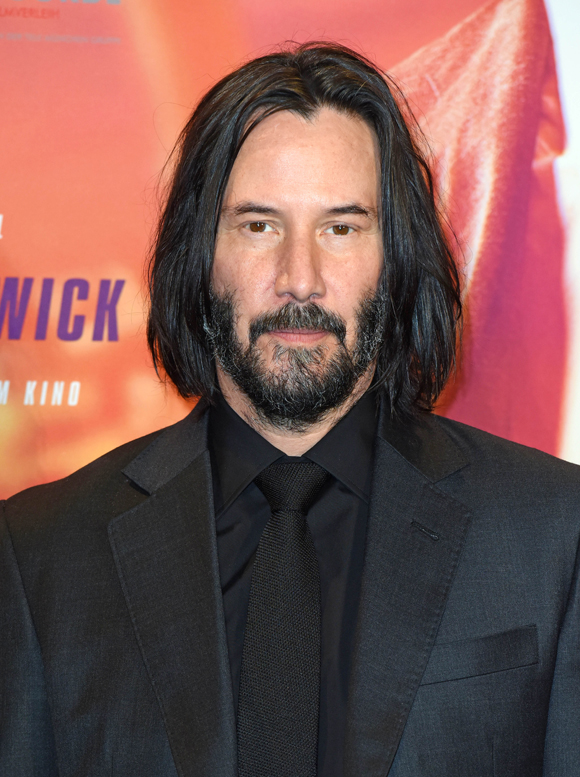 Keanu Reeves saw a ghost long before he became famous, when he was just a child having recently moved to New York City. He painted the picture for Jimmy Kimmel in a 2014 interview:

“I’m probably six, seven years old, we’d come from probably Australia. Renata, nanny, in the bedroom, my sister is asleep, she’s sitting over there, I’m hanging out. There’s a doorway and all of a sudden this jacket comes waving through the doorway, this empty jacket — there’s no body, there’s no legs, it’s just there. And then it disappears.”

Spooky!!! But even then, Keanu was too cool to freak out:

“I was a little kid and I thought, ‘Well, OK, that’s interesting,’ and I looked over at the nanny and she’s like this . And I’m like ‘Oh wow, so that was real.’”

See the energetic retelling (below): 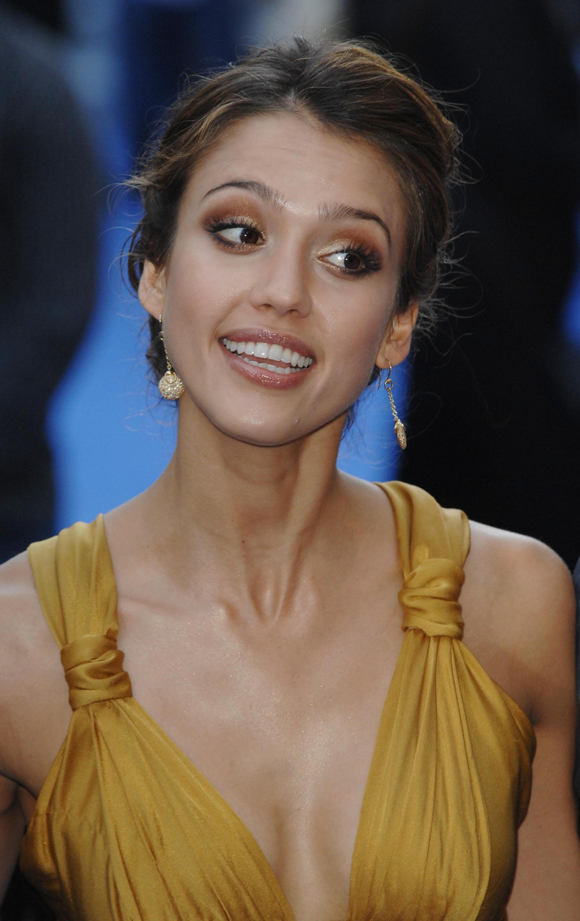 Spectre? Or sleep paralysis?? In a 2008 US Weekly interview, Jessica Alba told the story of a horrible memory from her childhood:

“I felt this pressure and I couldn’t get up, I couldn’t scream, I couldn’t talk, I couldn’t do anything. Something definitely took the covers off me and I definitely couldn’t get off the bed, and then, once I did, I screamed, ran to my parents’ room and I don’t think I spent many nights in that house ever again.”

Hmm, it sure sounds like sleep paralysis — except it was limited to one house! She continued:

“There was definitely something in my parents’ old house — I don’t know what it was. I can’t really explain it. But they got it blessed and they burned sage and stuff since then.”

And that worked?? Wow… 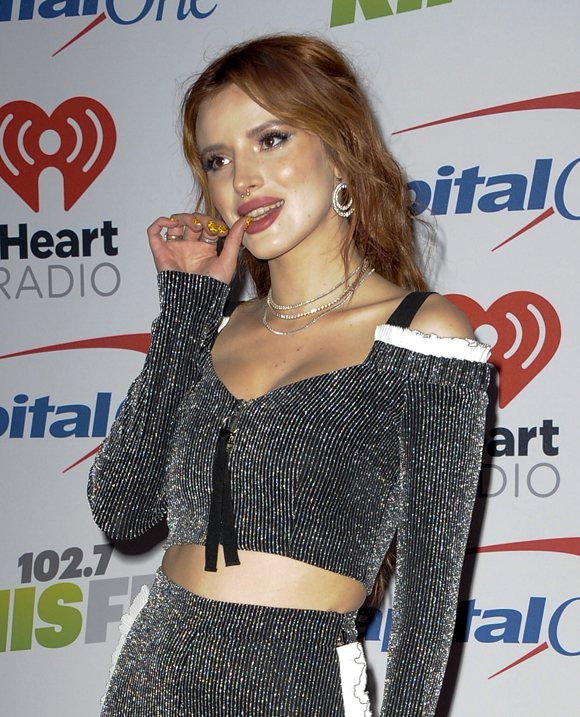 Bella Thorne was also a child when she saw her first ghost. She told Vulture in 2018:

“My family used to live on an Indian burial ground; our house was built on it. My mother and my father had so many f**king crazy experiences in that specific house. At night, she’d constantly hear noises, chains and shackles rattling around, stuff that couldn’t be the wind. All the time, every night. Eventually, we had to lit-er-ally move out of the house. I was really young at the time, but it got so bad that my parents could not be there anymore. There were a few weird times when my mom kept going up to our rooms because she heard loud-ass stomping. She thought it was my brother, marching around, but he told us it wasn’t. He kept saying, ‘It’s not me!’ until she made us all sleep in her room. We kept hearing it, too. It was really f**king creepy. Stomping, up and down the stairs, all night long. So of course there’s gotta be some kind of presence out there. I don’t know, but it’s something. It’s true that if you want to see what you want to see, if you’ve got an open-minded attitude, you’ll see something. But everyone heard this! We weren’t all delusional.”

This wasn’t the only time she told this story — and there was another part that she recounted to Astro Girl magazine:

“I went over to my closet because that’s where the sound seemed to be coming from. I saw the closet door swing open then shut on its own. When I looked inside, no was was in there! I thought it could’ve been the ghost of the woman who had lived here before us. My sister and I were in the attic one day when we found a lot of her belongings. Her name was Tamara. I think maybe her spirit didn’t like that we moved in. One night, I definitely saw her creep into my closet. I was lying in bed when I saw a shadowy, silvery figure of an old woman creeping across my room, then it slipped into my closet. I panicked and ran out of bed and swung open my closet door only to see she was in there. But she was gone. I was sure I had seen her ghost! It was really freaky.” 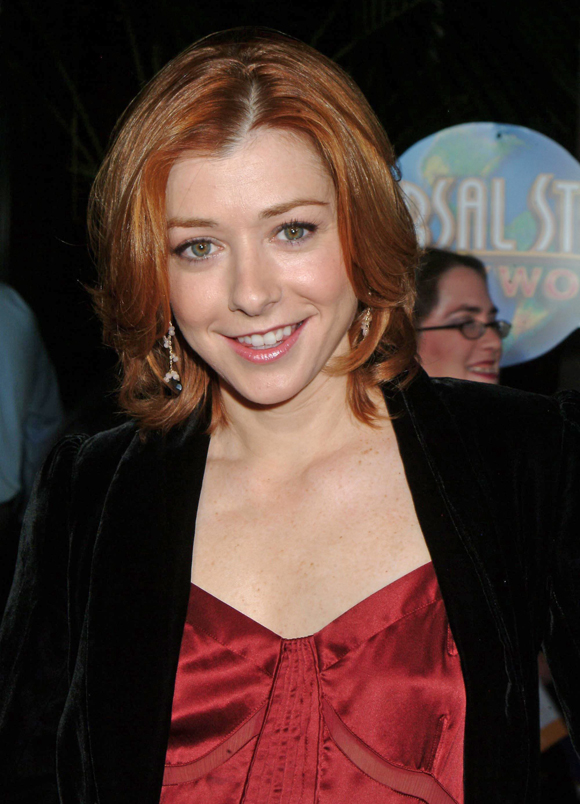 Buffy The Vampire Slayer fans may be surprised to learn Willow had an IRL version of Cordelia’s ghost story, as Alyson Hannigan revealed in a 2003 interview that she totally lived in a haunted house — but “didn’t mind”! The How I Met Your Mother alum explained:

“I have a ghost in my house. I saw him a couple of months ago. I don’t think he died there because there’s a law in L.A. that when you buy a house, if somebody’s died there they have to disclose that. And nobody did. So I don’t know why he’s there. But he’s very friendly.”

Of course Alyson would have Casper as her ghost! LOLz! How did she find out?

“My friend saw him first one night. She said, ‘I don’t mean to alarm you, but I just saw a man follow us out of the house.’ And I said, ‘Well, at least he’s gentlemanly, he let us go first.’ Later that night I saw this silhouette of a man standing in the bathroom doorway. I was like, ‘Sweetie, what are you doing?’ I thought it was Alexis.”

That would be Alexis Denisof, her then-fiancé, now-husband. Or rather, it wouldn’t be because it wasn’t him at all!

“But then I looked and Alexis was asleep next to me. I’d love to get his name. I’m thinking of putting a little chalk board where I think he lives to see if he will write his name down.”

Just the most chill, civil ghost story of all time, no biggie. 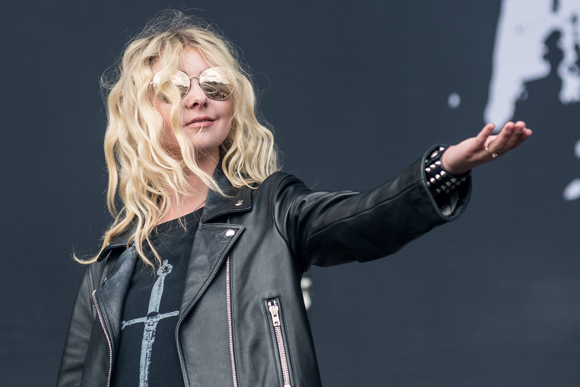 Taylor Momsen didn’t just see a ghost — she got a photo of one! The child actor-turned-rockstar told People:

“My mom grew up in Devil’s Lake, North Dakota and her next-door neighbor died. She was wealthy, and her belongings got put in a museum. So I went ghost hunting and took pictures and talked to her and all this stuff. There are actually two images that I took, one of a hand on a typewriter and one of her entire body in a window.”

Whoa! If the Pretty Reckless singer still has those photos, she should definitely publish them! 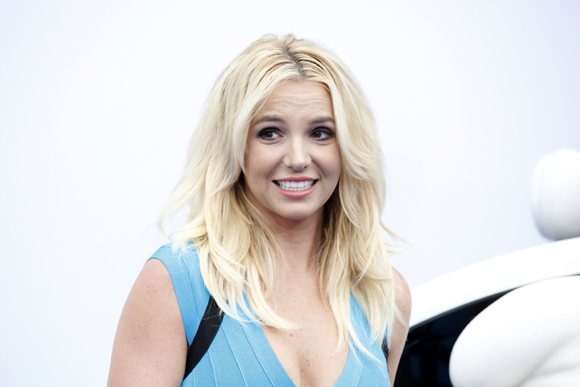 Britney Spears‘ ghost story is one of the wildest, but she isn’t the one who told it. Julianne Kaye, Britney’s makeup artist from 1999 to 2004, spoke on the We Need To Talk About Britney podcast and revealed what happened with that mansion she and Justin Timberlake shared:

“She had the place on Sunset Plaza. She calls me… I had my friend do reiki healing on her, he had come up, I guess she’d had a crazy partying weekend and needed to relax. He left, she swears to God that he opened some spirit portal or something, and these bad spirits had come in. And it was like a male and a female, and they were trying to, like, push her down the stairs, or something crazy.”

Yeah, that’s the word. Probably for the best Britney isn’t going around telling this story herself considering how many people are still unfairly questioning her mental health. Scary stuff! Julianne continued:

“It was so bad that she left, she went to the Casa Del Mar hotel to stay there and never went back to the house. She goes, ‘I know you’re gonna think I’m crazy, I’m not crazy, I know what I saw, I know what I felt,’ blah blah blah. And I was like, no, I believe in that s**t, too, so it didn’t really weird me out that much. But she was very persistent about it and she put her house on the market.”

But here’s where the story gets really messed up…

The deaths of Brittany Murphy and her husband, screenwriter Simon Monjack, had never been adequately explained. And there was a male AND a female spirit? *shudder*