Chip and Joanna Gaines are in it for the long haul. The Fixer Upper stars revealed that divorce is simply “not an option” for them in an interview with Access Hollywood published on July 12. According to Chip, 46, that belief is rooted in the fact that he and Joanna, 43, are “not quitters.” The two have been married for over a decade, recently celebrating their 18th wedding anniversary at the end of May.

“One thing I would say is our superpower is that Jo and I are not quitters,” Chip said when asked if the two ever considered “throwing in the towel” during their marriage. “Throwing in the towel is not something that ever comes to mind.” He added, “I would say that happened pretty early in our relationship where we just thought that divorce, or leaving one another, is not really an option for us.”

“Somehow that little foundation has definitely served us well,” he continued. “Because things have definitely been challenging and we’re not perfect and we have issues and trials and errors just like anybody, but I would say that… relationally, we’re in it forever.” While the two have had “multiple opportunities to quit and throw in the towel,” Chip said that “was just not in our DNA.” 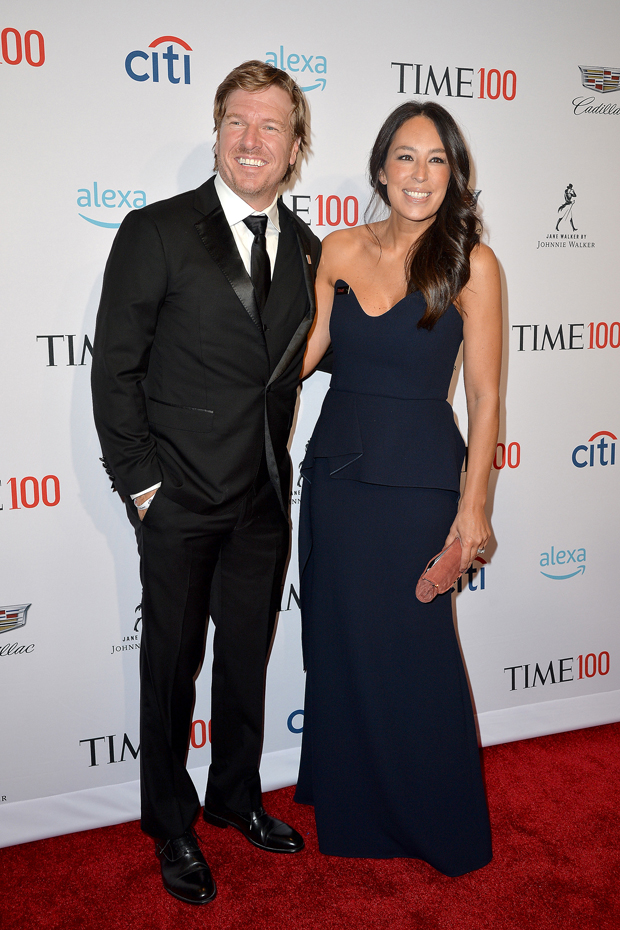 “Jo and I keep showing up day after day, and sometimes it’s right, and sometimes it’s not,” he continued. “But we keep putting one foot in front of the other.” The longtime couple tied the knot in May 2003 in Waco, Texas. They share five children, Crew, 3, Drake, 16, Emmie, 11, Ella, 14, and Duke, 13, together. On top of launching their much-delayed Magnolia Network and headlining HGTV’s Fixer Upper, the two launched the magazine Magnolia Journal, opened up Magnolia Market at the Silos, and penned the 2016 book The Magnolia Story together.

In the book, Joanna explained that the duo “function better together.” She wrote, “We seem to give each other energy. We function better together than we do apart, and I don’t think either one of us has ever felt the urge to say, ‘I need a break from you.’” She continued, “Don’t get me wrong, we’ve certainly had our share of disappointments and arguments, but we just always wanted to tackle our issues together.”