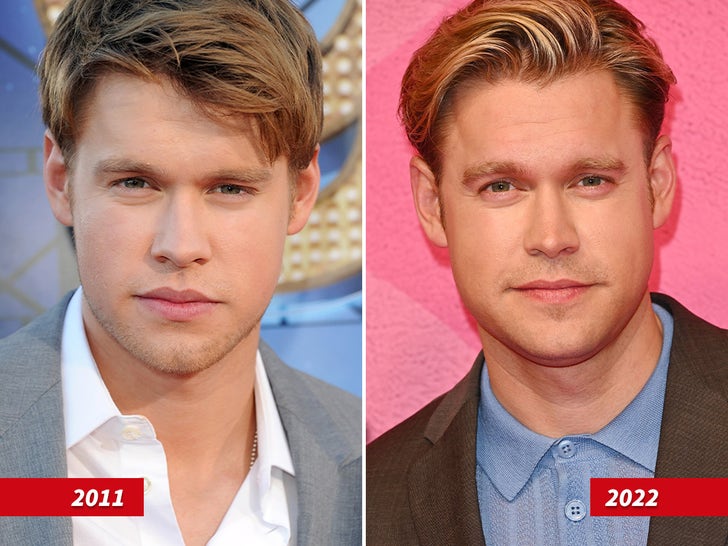 Chord Overstreet‘s looks over the years will have you feeling gleeful!

Here is a 22-year-old version of the Sam Evans “Glee” actor looking devilishly handsome at the premiere of “Glee: The 3D Concert Movie” in Westwood, CA, back in 2011. This was just one year into his 5-year run on the hit show.

And, 11 years later Chord recently kept up his swoopy hair and pursed-lipped look at the premiere of Apple TV+ series “Acapulco” in West Hollywood, CA. He is currently gearing up for the release of Netflix’s holiday film “Falling For Christmas” with Lindsay Lohan.