Chris Hemsworth shared a series of photos of him and his family enjoying a getaway on Lord Howe Island, including one that showed his impressive muscles as he stood on a rock with his wife and kids.

Chris Hemsworth, 37, has been bulking up to play the WWE legend Hulk Hogan in an upcoming Netflix biopic and it shows! The actor posted a shirtless pic of himself showing off his incredible muscles on the tiny Australian island of Lord Howe in an Instagram post on Jan. 19. He was joined by his wife Elsa Pataky, 44, who was also showing off her fantastic figure in a bikini, and what appeared to be two of their three kids, as they stood on a large rock near the water.

The eye-catching photo was one of several pics from Chris’ family’s vacation. Another one showed him and his wife again posing while standing on a rock. She was flexing her bicep while wearing a bikini top and shorts and he was all smiles while wearing a tank top and shorts. A third pic showed them posing in a boat with a bunch of other people and a fourth showed him walking by the water with a backpack on his back.

A few more pics showed the backs of Chris and Elsa as they walked on rocks and through an area with trees. Others were gorgeous scenery shots of boats in the clear blue water and the beautiful green grass and trees. 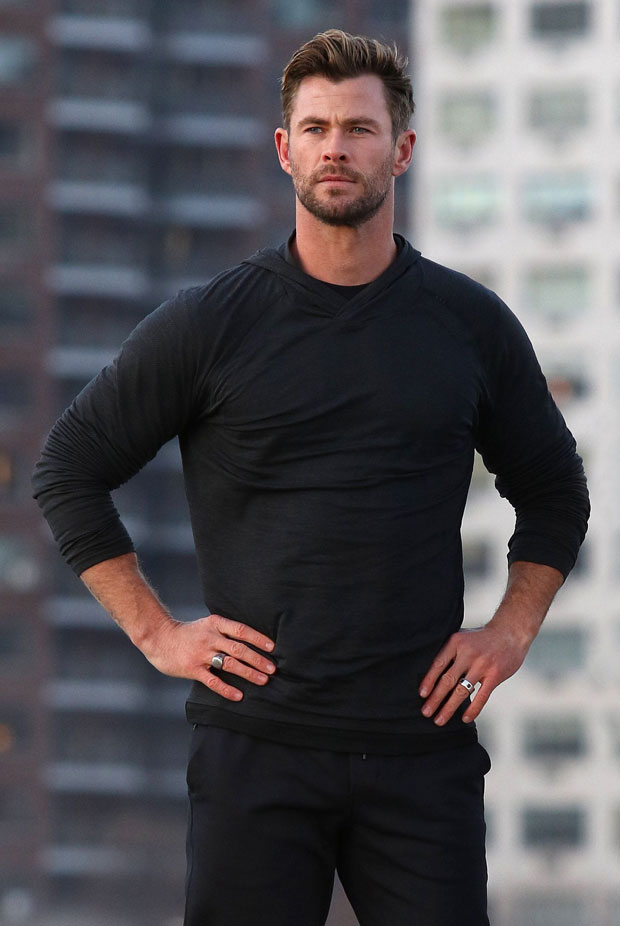 “Great to get away for a few days to @visitlordhoweisland before starting on #thorloveandthunder this week!” Chris captioned the post with the pics.

It didn’t take long for his fans to respond and many couldn’t help but comment on his awesome physique. “I think you can see Chris’ abs from space!” one fan exclaimed while another wrote, “You can see his abs from a mile away.” A third pointed out that he’s “Looking absolutely jacked” and a fourth gushed, “this man is just too much for me to handle. Actual goals.”

Chris’ latest pic isn’t the first shirtless post he’s shared recently. In Oct., he wowed with an underwater video of himself meditating while wearing only swim trunks. “When the distractions just won’t stop coming no matter where you go, gently brush them aside. Gently, of course. They have feelings too,” he wrote in the caption.