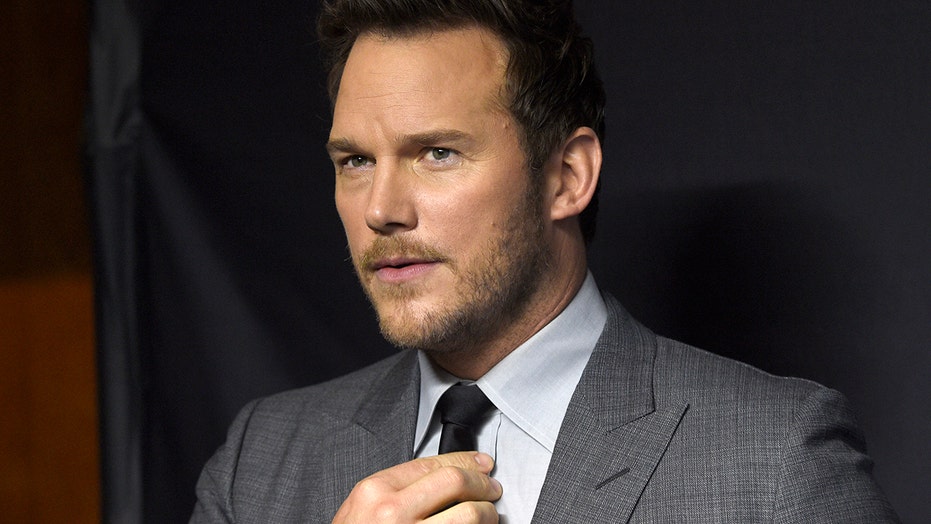 Chris Pratt seems to have indirectly responded to the recent backlash he’s received on social media after posting a photo and gushing over his wife Katherine Schwarzenegger and their “healthy” daughter.

The 42-year-old Marvel actor recorded a series of Instagram Stories during which he talked about running and praised God.

Pratt said he went to bed feeling “upset and depressed” and woke up Friday “feeling crappy,” so he decided to go for a run in the woods and listen to some Christian music.

“I knew that if put on my Christian music playlist and I got out in the woods and ran, that I’d feel better. But I just didn’t want to,” the “Jurassic World” star admitted.

Pratt said he went for a run anyway, and the faith-inspired songs got his blood pumping. “Gosh was I right! It felt amazing!” Pratt said. “God sat there right next to me.”

The experience even made him “get emotional,” and he “felt like there was another in the fire standing next to me … That moment really captured me. And so I just want to say, all glory to God!” 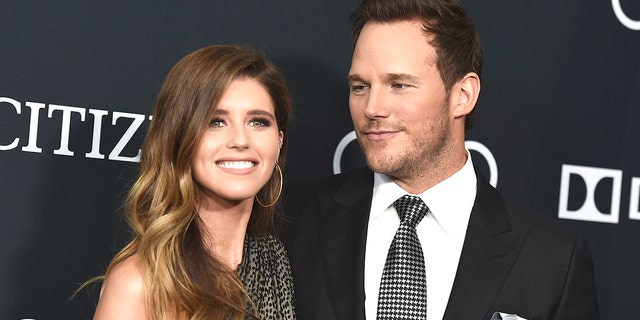 “Get some exercise, maybe listen to some good worship music and or maybe get the word in because it really helped me this morning,” Pratt recommended to his followers.

On Tuesday, in his tribute to Schwarzenegger, Pratt shared a photo of him and his wife wrapping their arms around each other. Schwarzenegger, 31, gazed lovingly at her husband while he smiled for the camera.

“Guys. For real. Look how she’s looking at me! I mean. Find you somebody that looks at you like that!! You know!?” he captioned the photo. “We met in church. She’s given me an amazing life, a gorgeous healthy daughter, she chews so loudly that sometimes i put in my ear buds to drown it out, but that’s love!” 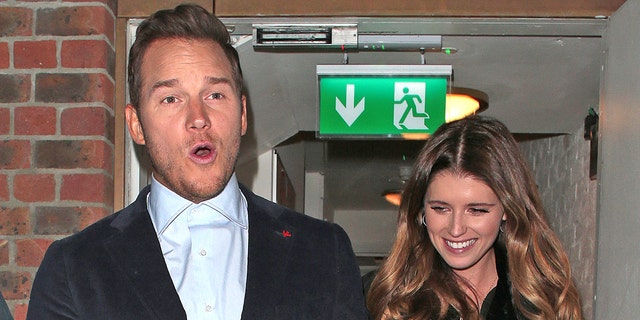 “Her heart is pure and it belongs to me. My greatest treasure right next to my Ken Griffey Jr Upper Deck Rookie card. Which if you know, you know is saying a lot,” Pratt continued. “It’s her birthday in about 6 weeks. So if I don’t get her anything, I’ll tell her to look back on this post. Love you honey.”

Pratt then joked that while his wife helps him “with everything,” he returns the favor “periodically” by opening “a jar of pickles.”

Some fans interpreted the message as an indirect insult toward his previous wife Anna Faris and the son they share. 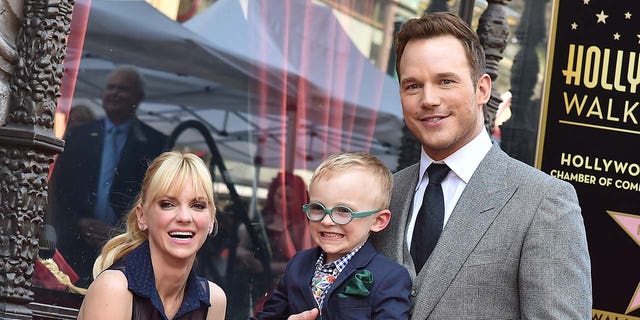 Actor Chris Pratt, his ex-wife Anna Faris and son Jack Pratt attend the ceremony honoring Chris Pratt with a star on the Hollywood Walk of Fame on April 21, 2017 in Hollywood.
(Photo by Axelle/Bauer-Griffin/FilmMagic)

“You do know you have a son, right?” a follower said in reference to Pratt’s 9-year-old son Jack. “Should he also be a greatest treasure?” Jack has gone through some health issues after being born prematurely, the New York Post’s Page Six reported.

“For me if was the emphasis on ‘healthy child’ like your firstborn is lesser in your eyes,” suggested a commenter. “You need to go read that sentence thru HIS eyes & apologize to him bcuz your wording was cruel Dude…”

“Wait… you might not get her anything?!” another asked.

“Met in church, but you left your first wife for her, sooo I wouldn’t call you Mr. holy,” yet another jabbed.

Pratt’s reps did not immediately respond to Fox News’ request for comment. Pratt married Schwarzenegger in 2019, about a year after they began dating. Their daughter, Lyla Maria, was born in August 2020.

The “Parks and Recreation” alum was married to Faris, 44, from 2009-2018. The actress is now married to cinematographer Michael Barrett.