Chris Ramsey, 33, and his professional dance partner Karen Clifton, 37, narrowly avoided elimination on the show last week. Speaking with presenters Joe Sugg and Kim Winston on the BBC’s Strictly Come Dancing podcast, the South Shields-born comedian quickly had to recover after being put on the spot.

The Strictly dancing duo took part in a quiz where Chris was asked if he knew Karen’s birthdate before saying he “didn’t really care”.

As he pondered on the question, the comedian cheekily took a series of jibes at the Venezuelan dancer, even suggesting she had the “feet of a 90-year-old woman”.

Joe quizzed: “When is Karen’s date of birth?” 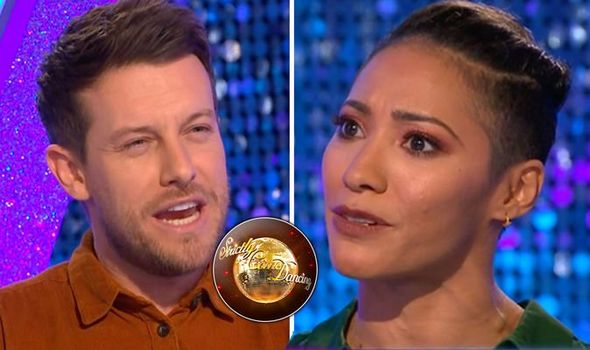 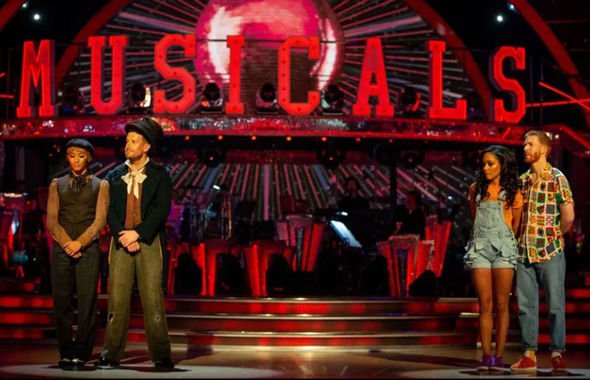 Fortunately, Karen saw the funny side of his cheeky quip as she could be heard giggling at his blunt response.

Joe interjected: “That’s what dancing does to you,” as Chris chuckled: “Yes, dancing. They look like eagle toes.”

But the Strictly star was adamant he had no clue as to when Karen’s birthday was in the year. 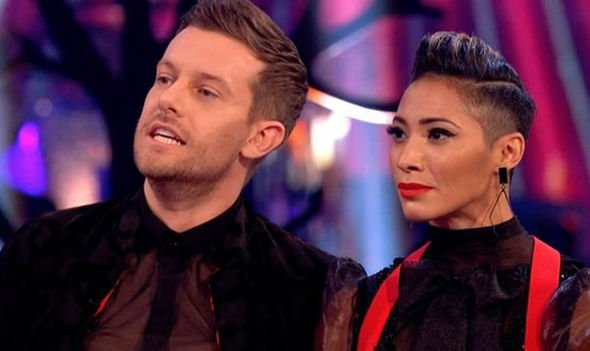 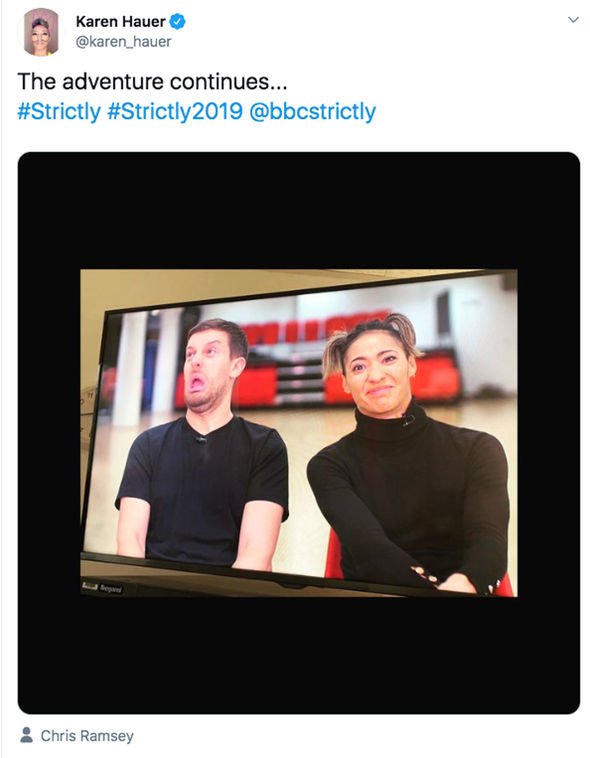 “I’m so sorry I’ve got no idea and more importantly I don’t care,” Chris jibed further.

Karen yelled: “Hey! No soup for you.”

The British comedian was admittedly out of his co-star’s age range as she later revealed her date of birth.

There doesn’t seem to be any bad feelings between the pair as they regularly tease one another behind-the-scenes on Strictly.

Meanwhile, Karen recently took to Twitter and shared a hilarious snap of the dancing duo as they pulled a funny face at the cameras.

In view of her 158,000 followers, she captioned the post: “The adventure continues…#Strictly #Strictly2019 @bbcstrictly.”

It comes after the pair found themselves in the dance-off alongside Neil Jones and Alex Scott last weekend.

The judges were split on their decision, with Craig Revel Horwood and Motsi Mabuse choosing to save Neil and Alex.

However, Bruno Tonioli decided to save Chris and Karen, leaving the deciding vote to head judge Shirley Ballas, who also chose to save them.

One person said: “We physically jumped up from our seats when Bruno saved you guys!! So glad Shirley and Bruno judged correctly!!! Congratulations! #Strictly.”

Another person added: “YEEEEESSS Congratulations! You guys are my faves and I’ve voted every week without fail! Come on Chris lad, you can do this!”(sic)

Strictly Come Dancing continues tonight on BBC One at 7pm.