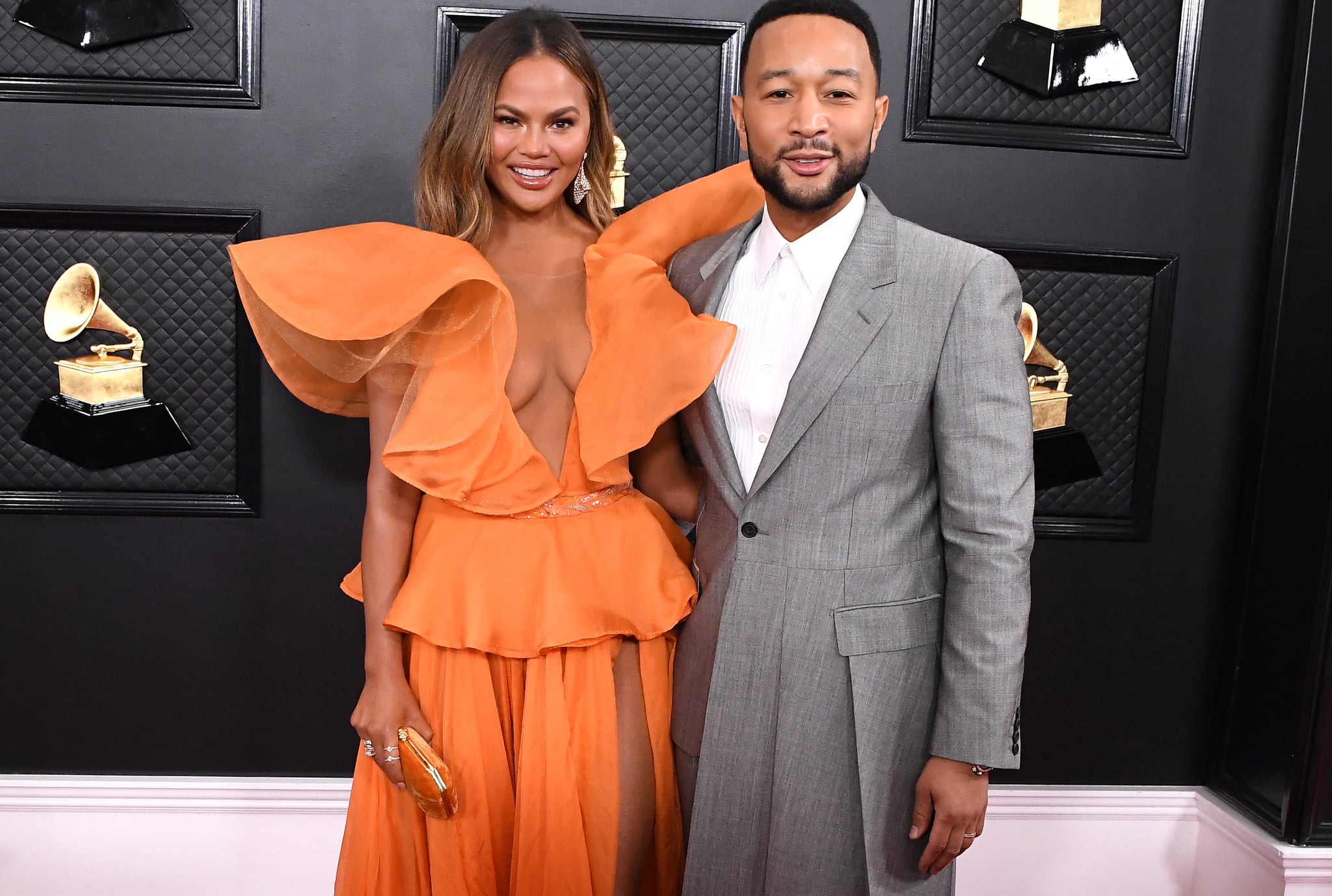 Chrissy Teigen and John Legend were totally caught off guard on March 14 when the Recording Academy announced he won best R&B album of the year for Bigger Love. The award was announced during the preshow, as the couple was casually cooking dinner at home. “John, you just won R&B album of the year. How are you going to celebrate?” Chrissy joked. He responded, “Mincing garlic!” — in a Versace robe, no less.

I mean, Chrissy and John were making her famous Lemony Arugula Cacio e Pepe recipe, which takes attention and concentration. Who can blame them for getting distracted from the Grammys? As it turns out, Chrissy said on Twitter they didn’t realize his award would be televised. “All hands on deck, I am gonna get grammy glam and take pics and go to the Beverly Hills hotel like it’s there,” she tweeted.

After John’s win settled in (and I’m assuming, he washed the sticky garlic from his hands), he expressed gratitude for the win on Twitter. “I’m so grateful for this! Thank you to all of my fellow artists in the @RecordingAcad!” he wrote. “Thank you to all of my collaborators, especially my big brother and exec producer @RaphaelSaadiq! Thank you to everyone who listened! Love you all!”