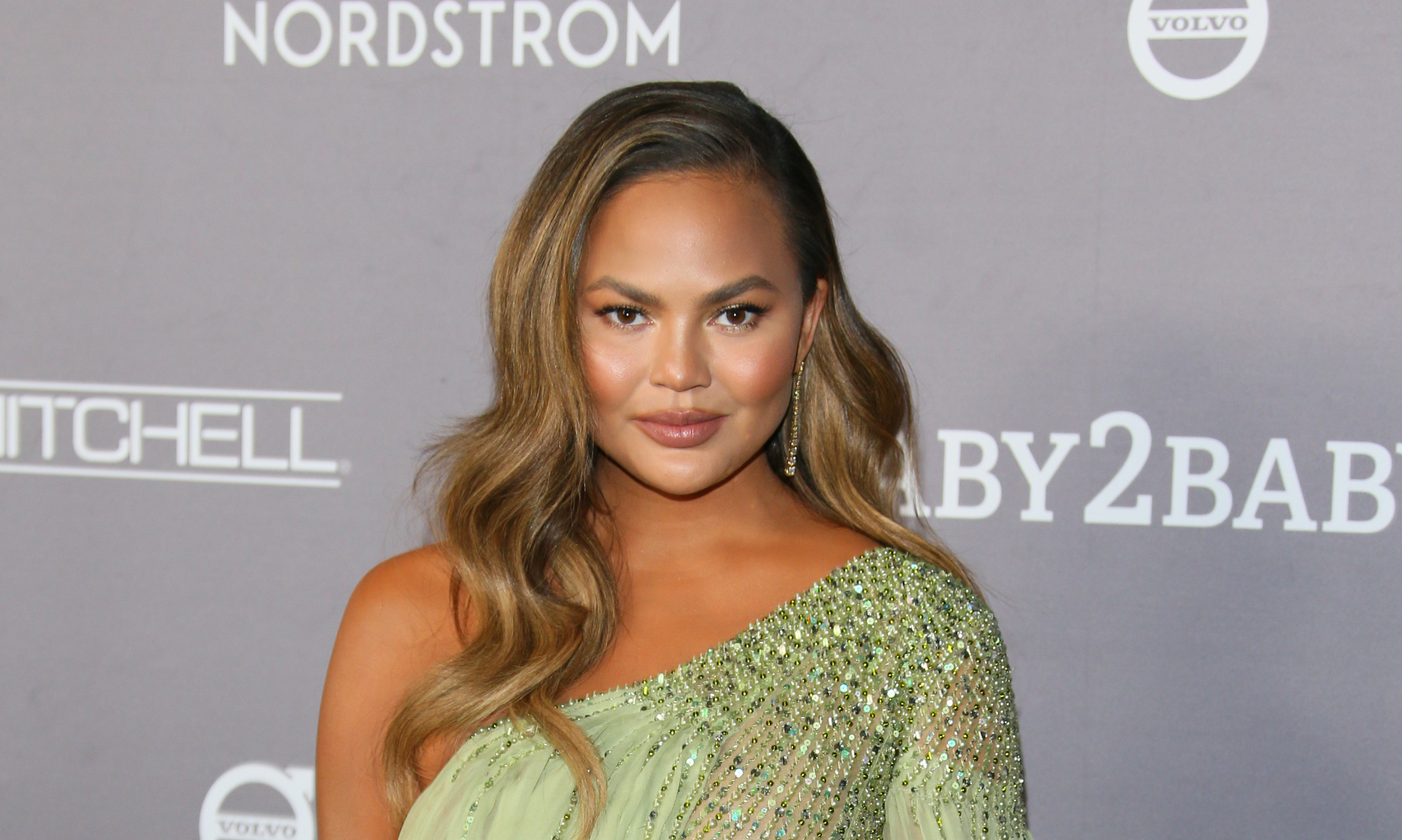 Chrissy Teigen has said she is ‘full of regret’ at not looking at the face of her son Jack, who was stillborn when she was 20 weeks pregnant.

Reflecting on Jack’s birth in September, the 35-year-old model – who earlier revealed this week was her due date – admitted she ‘hurts every day’ not knowing what he looked like.

The star shared a candid post on Thursday, writing she feared Jack’s face would be in her nightmares but now thinks should have instead realised she’d see him in her dreams.

Chrissy shared some photos from the video shoot for Wild, her husband John Legend’s – with whom she has Luna, four, and two-year-old Miles – song, which is how they revealed Chrissy’s pregnancy.

She wrote on Instagram: ‘These are from our video shoot for Wild in Mexico. I was 10 weeks along and out of my mind happy.

‘I knew the video would take a bit to get together so thought it would be cute to share our news with the world through the ol classic hand on belly trick at the end.

‘I could have never imagined what would happen over the next 10 weeks…not sure I’ll ever be able to watch that video again without sobbing but I hope he feels my tears and knows we miss him so.’

Chrissy, who was seen wearing white in the snaps, and posing next to John, continued: ‘He would have been here any day now – if he were like Luna and Miles, I’d probably be holding him as we speak.

‘I am so full of regret that I didn’t look at his face when he was born. I was so scared of seeing him in my nightmares that I forgot about seeing him in my dreams. I hurt every day from that remorse.

‘This month is a rough reminder and to be honest, I thought the worst was over but I guess life and emotions aren’t on any sort of schedule. Love you guys to pieces and am grateful for all your support and love. I firmly believe energy and healing travels through the night sky and I feel it, I promise I do. and I love you jack. I miss you so so much.(sic)’

Chrissy’s post came shortly after she arrived back home after undergoing surgery to treat endometriosis, a painful condition where tissues grow outside of the uterus.

She shared a series of sleepy-looking videos on her Instagram Story, in which she showed fans her stomach, which was bandaged with three small gauze squares, each decorated with a heart design.

She said in the clips: ‘I thought I would be really good after… My whole belly is numb. It’ll be numb for a couple of days.

‘That makes it hard to even, like, cough, and stuff, but it is truly still better than the contractions and the pain of endo…

‘I don’t feel great but tomorrow’s gonna be worse, so yeah…(sic)’

Sands UK is a stillbirth and neonatal death charity, which works to reduce the number of babies dying and to ensure that those affected by the loss of a baby receives the best possible care for as long as they need it.

The charity aims to better understand the causes of baby deaths and works with governments and other organisations to raise awareness of issues surrounding baby loss.

Sands provides bereavement support at a local and national level.