Chrissy Teigen penned a candid message about her mental health in the aftermath of her bullying controversy.

Chrissy Teigen revealed that her mental health is in turmoil amidst her newfound membership in the “cancel club.” The cookbook author, 35, reflected on the backlash she received following allegations that she cyberbullied media personality Courtney Stodden and fashion designer Michael Costello on Instagram on Wednesday, July 14, explaining that she feels like “utter shit in real life” despite her cheery internet facade.

Writing that it “feels so weird to pretend nothing happened in this online world,” Chrissy lamented: “Going outside sucks and doesn’t feel right, being at home alone with my mind makes my depressed head race… I feel lost and need to find my place again, I need to snap out of this, I desperately wanna communicate with you guys instead of pretending everything is okay.”

“Cancel club is a fascinating thing,” she continued. “Only a few understand it and it’s impossible to know til you’re in it. And it’s hard to talk about it in that sense because obviously you sound whiney when you’ve clearly done something wrong. It just sucks. There is no winning.” The model added, “All I know is I love you guys, I miss you guys, and I just needed an honest moment with you because I’m just…tired of being sick with myself all day.” 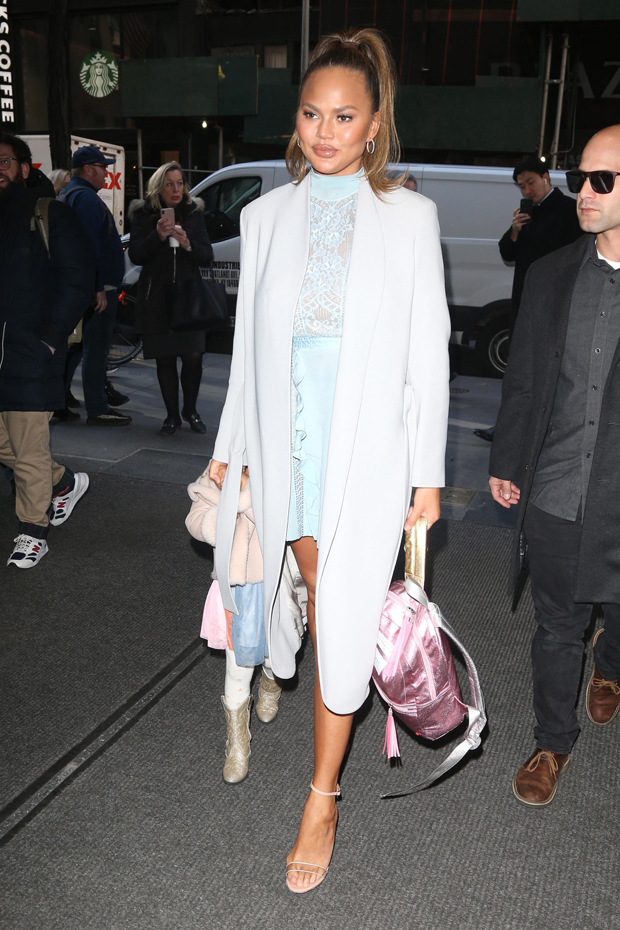 Adding that she “can’t do this silent shit anymore,” Chrissy ended the message with a call for anyone who has “been cancelled” to let her know if there is a “cancel club reunion,” as she could “use some time off my couch!”

In May, Courtney accused the TV personality of cyberbullying amidst her highly-publicized relationship with an older Doug Hutchison during the late 2000s, recounting a DM from Chrissy that read, “I can’t wait for you to die.” Chrissy issued a public apology last month, writing that she was “ashamed” of her “awful” past tweets. Post-apology, Michael came forward and alleged bullying, too, claiming that the model made a concentrated effort to destroy his career. The model denied the “fake” claims, threatening legal action against the fashion designer.

Following the controversy, Chrissy has stepped away from her cleaning brand Safely, co-founded with Kris Jenner, and exited a role in season two of Mindy Kaling‘s Netflix teen series Never Have I Ever.