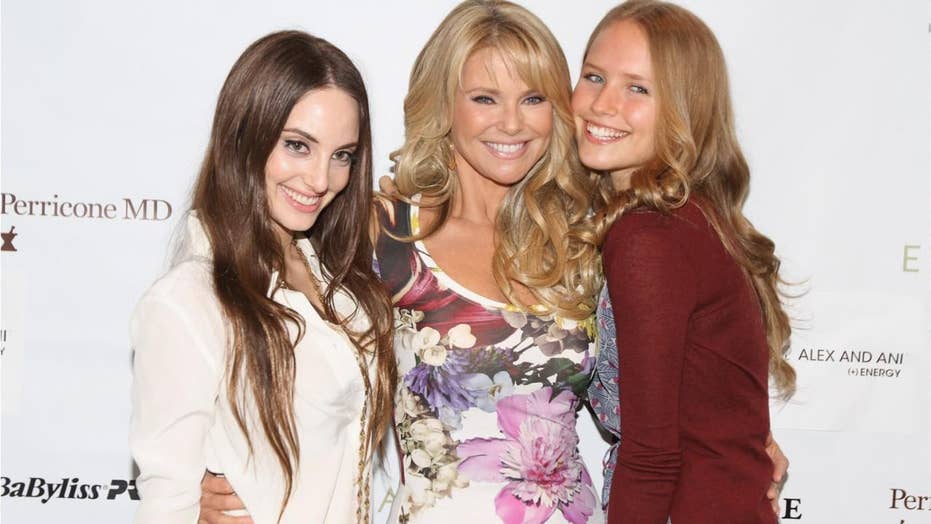 Christie Brinkley is proof that age is just a number.

The seasoned model, 65, took to Instagram this week to share a photo of herself in a black mesh swimsuit, posing alongside her two daughters, Sailor Brinkley-Cook, 20, and Alexa Joel, 33.

“With my two daughters from two years ago in two-piece bathing suits for [Sports Illustrated],” Brinkley captioned the post, in part.

The image Brinkley shared appears to be a behind-the-scenes photo from the publication’s swimsuit issue shoot in 2017.

Fans were quick to praise the photo.

“So much fire in one photo!” one person commented, in part.

“So beautiful!” wrote a third.

In May, the Sports Illustrated Swimsuit stunner took to the photo-sharing platform to post several photos of herself enjoying a tropical vacation.

In the series of snaps, a smiling Brinkley is seen rocking a black string bikini – which shows off her incredible beach bod – while she lies in the sand and soaks up the sun.

Before that, in April, the supermodel – who rose to fame in the ‘70s as a Sports Illustrated Swimsuit pinup and has gone on to grace more than 500 magazine covers – revealed her personal secrets for aging gracefully.

“I hear actresses constantly talking about how you hit a certain age and offers don’t come in anymore,” Brinkley told the U.K.’s Mirror at the time. “We’re changing that a lot, and that is because, frankly, we’re healthier today."