CHRISTOPHER STEVENS reviews last night’s TV: A lick of Elephant’s Breath on your walls? Laurence is not impressed!

Chatting with Laurence Llewelyn-Bowen during an interview the other week, I smugly remarked that we’d painted our downstairs rooms in Farrow & Ball colours.

‘Oh, well done you,’ said Loz, his voice dripping like a paintbrush with sarcasm. ‘You’ve ruined your house. Aren’t you clever?’

Laurence was not invited to contribute to Farrow & Ball: Inside The Posh Paint Factory (C5). That’s no shock but it is a pity, because his ruthless judgments would have punctured the show’s pretensions.

Instead, we got an extended advert for the Dorset company that has just been sold to a Danish outfit for just over half a billion quid. 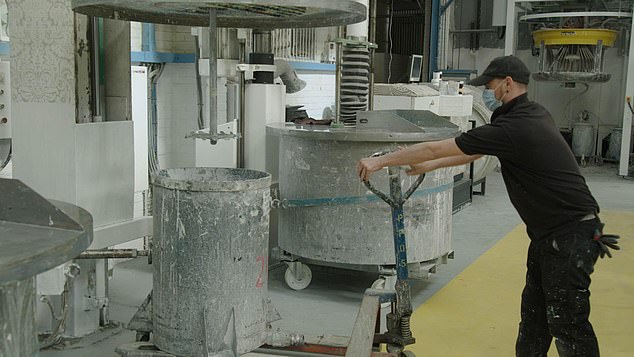 Long sequences showed us how a shade such as Stiffkey Blue is mixed in vats and subjected to nine quality control tests. ‘Colour creator’ Joa Studholme showed us round her home, decorated entirely in F&B.

‘If you can say you’ve got Farrow & Ball, you’re in with the cool crowd,’ declared one interior designer.

It was so much like a corporate video that I was half expecting to be invited to purchase shares at the end.

The company’s popularity surged in the Nineties after Tom Helme, an adviser to the National Trust, took over and rebranded F&B as ‘heritage paint’. Its colours were the epitome of the English stately home, he declared.

Landlord Mick (Danny Dyer) shares a pint on EastEnders (BBC1) tonight with a certain football manager. No spoilers, but it’s the most cockney scene since Dick Van Dyke ate jellied eels with the nuns of Call The Midwife.

As he made clear in the Mail recently, Laurence L-B says that’s nonsense. Their muted, multi-beige palate is the result, he claims, of slopping leftover paints together for the walls of the servants’ quarters downstairs.

The aristocracy of the 18th century would be horrified to see my dining room in the pale grey shade called Elephant’s Breath, he says. That’s a colour fit only for junior footmen and scullery maids.

There was nothing so scathing in this documentary. Everyone was thrilled by the colours and their names. Pantalon was based on the colour of Joa’s favourite green trousers, we learned. Rangwali was a vibrant pink named after the powdered paint thrown by crowds at the Hindu festival of Holi.

You can’t buy the original India Yellow, though. It was created by feeding mango leaves to cows, then collecting their urine and boiling it off, to use the residue for pigment. Maybe wallpaper would be better.

According to Diana’s Decades (ITV), we can blame the nation’s obsession with Lady Di for firing our desire to seem upper class.

‘She made it less dowdy to be posh,’ claimed one royal watcher.

All through the Seventies, went this theory, the oppressed proletariat were on the rise in Britain, with their strikes and pints and grubby flat caps. Yuck. Then 19-year-old Diana floated into view, an adorable Sloane in frilly collars and little cardies. We were smitten. Suddenly, everyone was voting Tory while watching Brideshead Revisited. 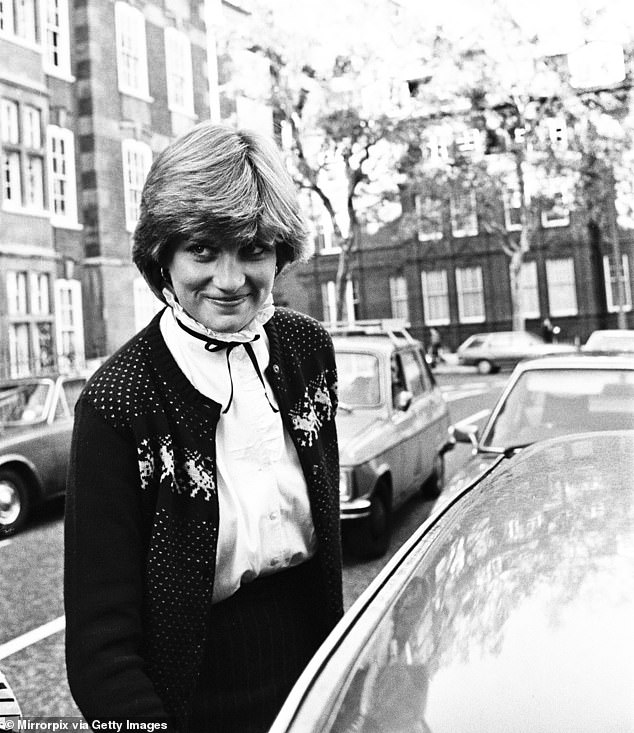 According to Diana’s Decades (ITV), we can blame the nation’s obsession with Lady Di for firing our desire to seem upper class

This gauche documentary is what happens when a generation of students emerges from university, indoctrinated with the Corbyn version of modern British history. We glimpsed a clip of Mrs Thatcher, of course, set to the ominous music of The Specials’ Ghost Town. Film of the Royal Wedding in 1981 was intercut with scenes of fiery mayhem during the Toxteth riots weeks earlier.

The message was that, as the toffs played, the working classes were being ground to pulp under the boots of riot police. As proof, the producers interviewed a man in a Liverpool pub who was a teenager during the violence.

He remembered seeing buildings burning. But do you know what, he’d hardly realised there was a wedding going on in London.