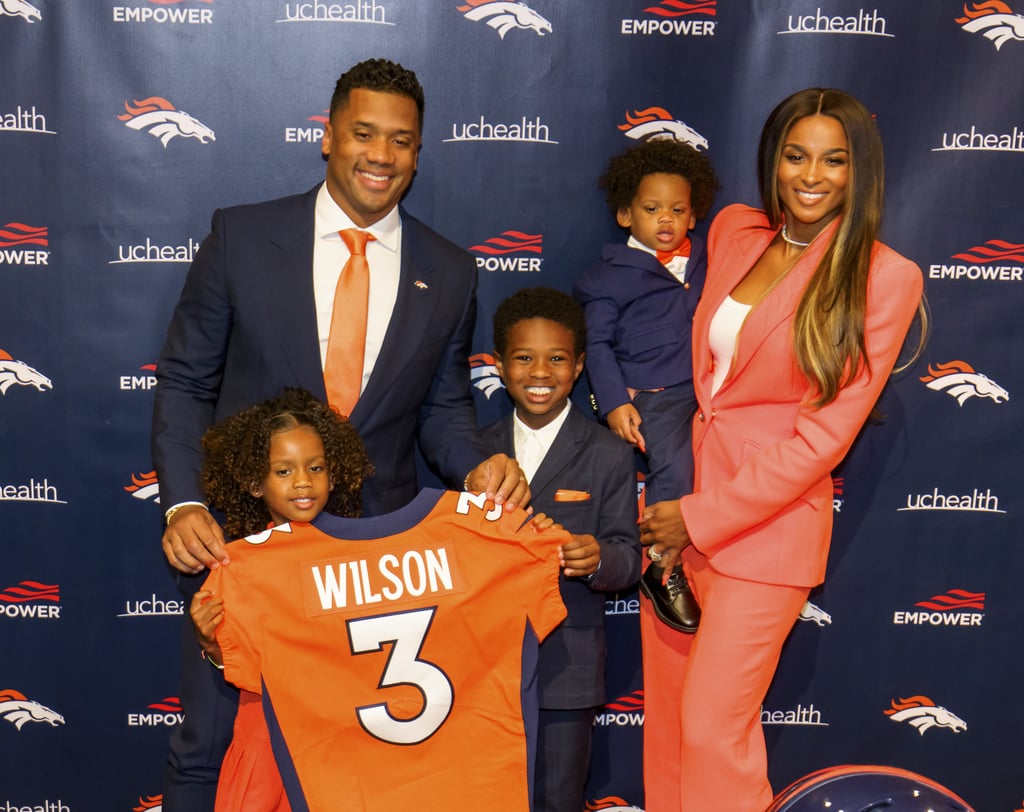 Ciara and Russell Wilson Have a Family of 5! See All of Their Sweet Photos

If you’re anything like us, the first time you learned exactly who Ciara was, you were listening to “1, 2 Step” while getting ready for school in the morning. And while many of her fans still adore her music from the early ’00s as well as the hits she’s churning out today — like “Level Up” and “Jump” — some may not be aware that she’s also a mom of three!

After marrying Russell Wilson — now the quarterback for the Denver Broncos — on July 6, 2016, Wilson became Ciara’s first son’s stepfather, and the pair went on to have a daughter and son together. It was no surprise that they became everyone’s couple goals, giving the world a glimpse into their sweet love story with some of their cutest moments, like when the singer serenaded her beau for his birthday, or when Wilson channeled his inner poet and surprised Ciara for her birthday.

The stunning couple almost broke the internet in March when the all-star football player proposed expanding their family during their appearance on “The Ellen DeGeneres Show,” where the singer replied, “We definitely can, but [I just need] a little time before we get there.”

They may not be working on baby No. 4 *yet* (we’ll use football season as the excuse), but scroll ahead to learn more about Ciara and Wilson’s adorable family and see their cutest family photos.