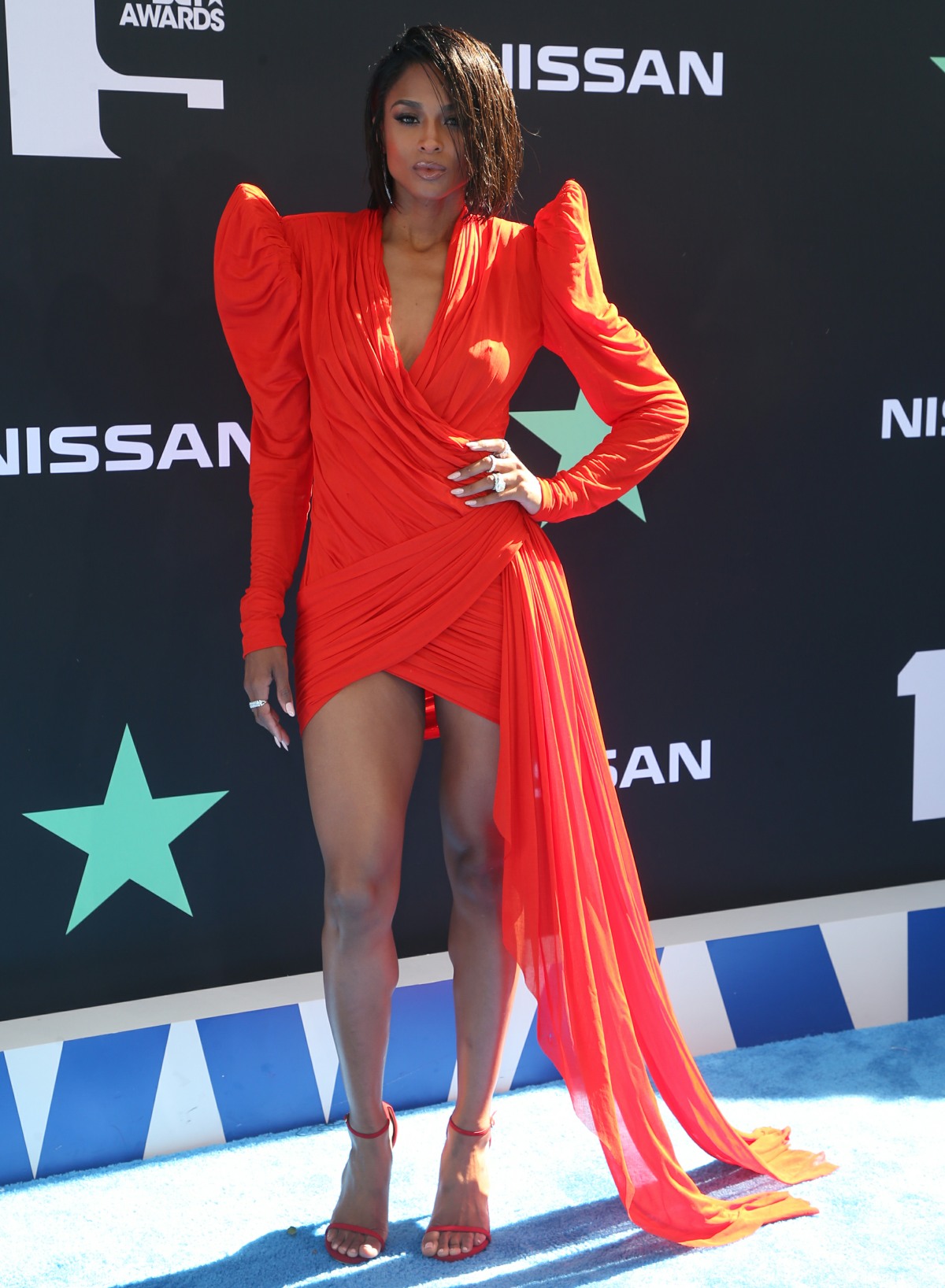 The BET Awards were held last night, and as always, I’m expecting at least one “why isn’t there a WHITE entertainment awards show huh?” comment. It always happens with the BET Awards and the NAACP Image Awards – someone’s always gotta be the one to argue that there are not enough awards shows celebrating white artists. Anyway, you can see the list of this year’s BET Award winners here. I’m just going to cover some of the fashion and some of the speeches and performances in another post.

Ciara wore this Jean Paul Gaultier dress which… it looks like something she would wear, it’s on-brand for her and honestly, you would really have to try to make Ciara look bad. I dislike the dress itself while still thinking that Ciara looks great. 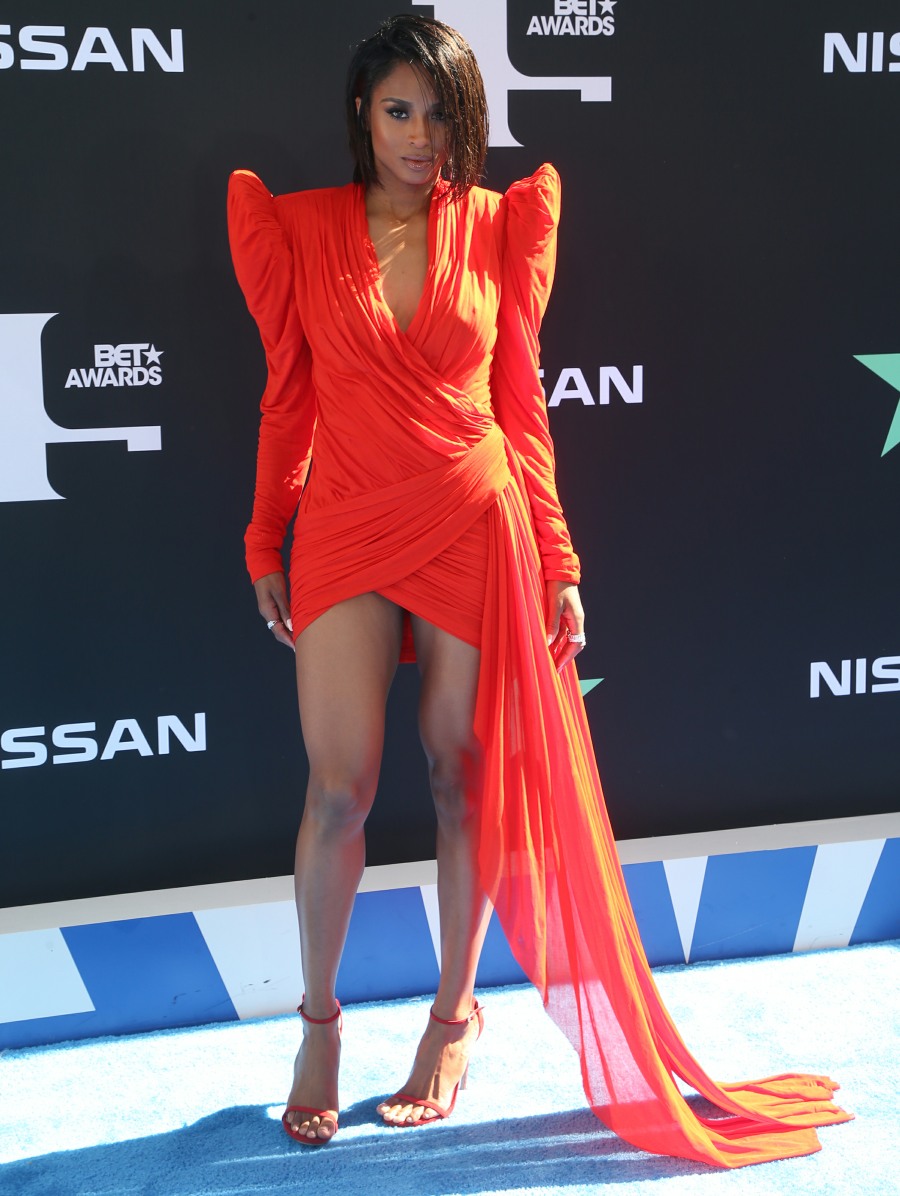 Yara Shahidi in Prabal Gurung. Yara is such a beautiful young woman, but I don’t get the turtleneck, the weird drape on the skirt or the fact that someone stuck a J.Crew-looking sweater on top of it?? 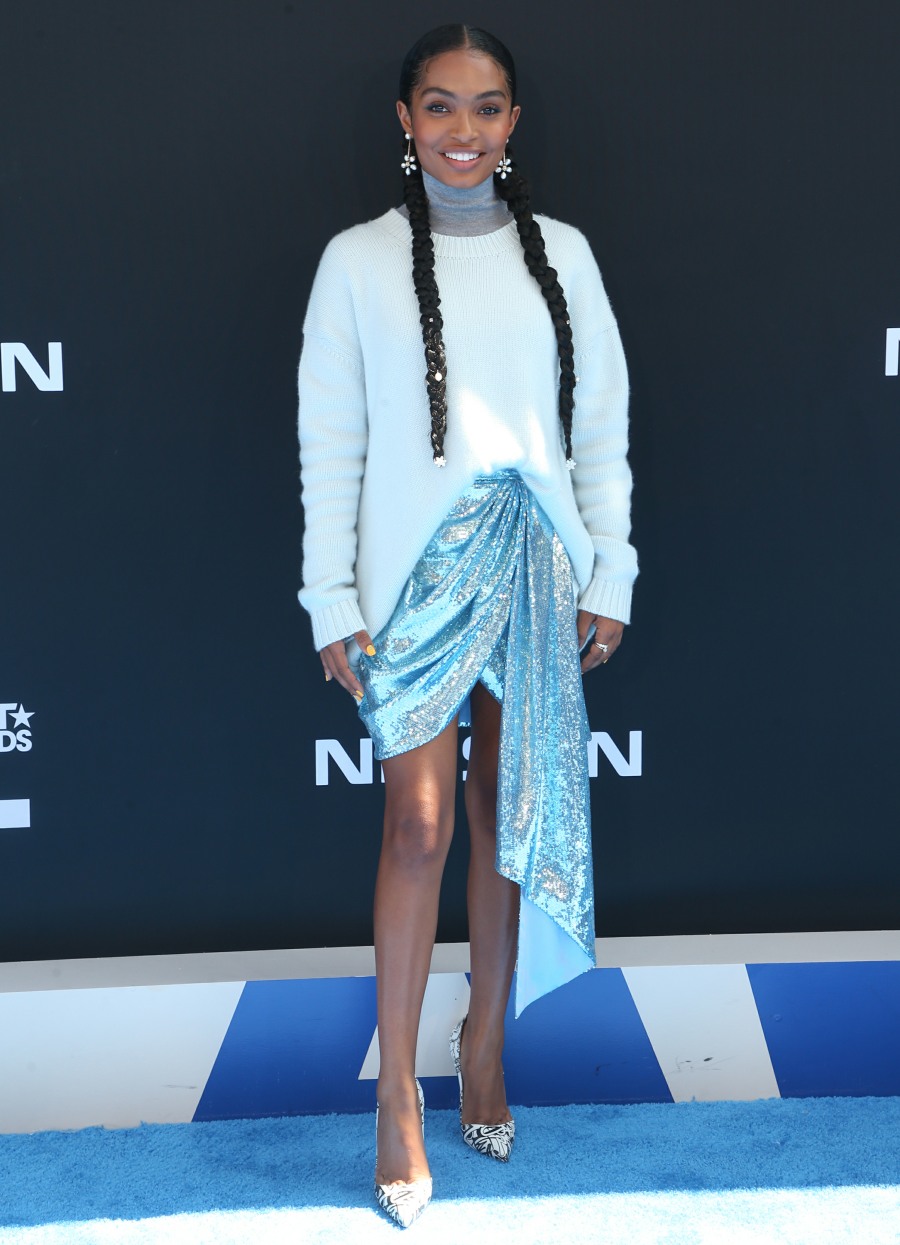 After years of putting up with Chris Brown’s crap, Karrueche Tran is with Victor Cruz and they seem happy. I don’t mind the “oversized suit jacket” look, but I don’t get the pants here. 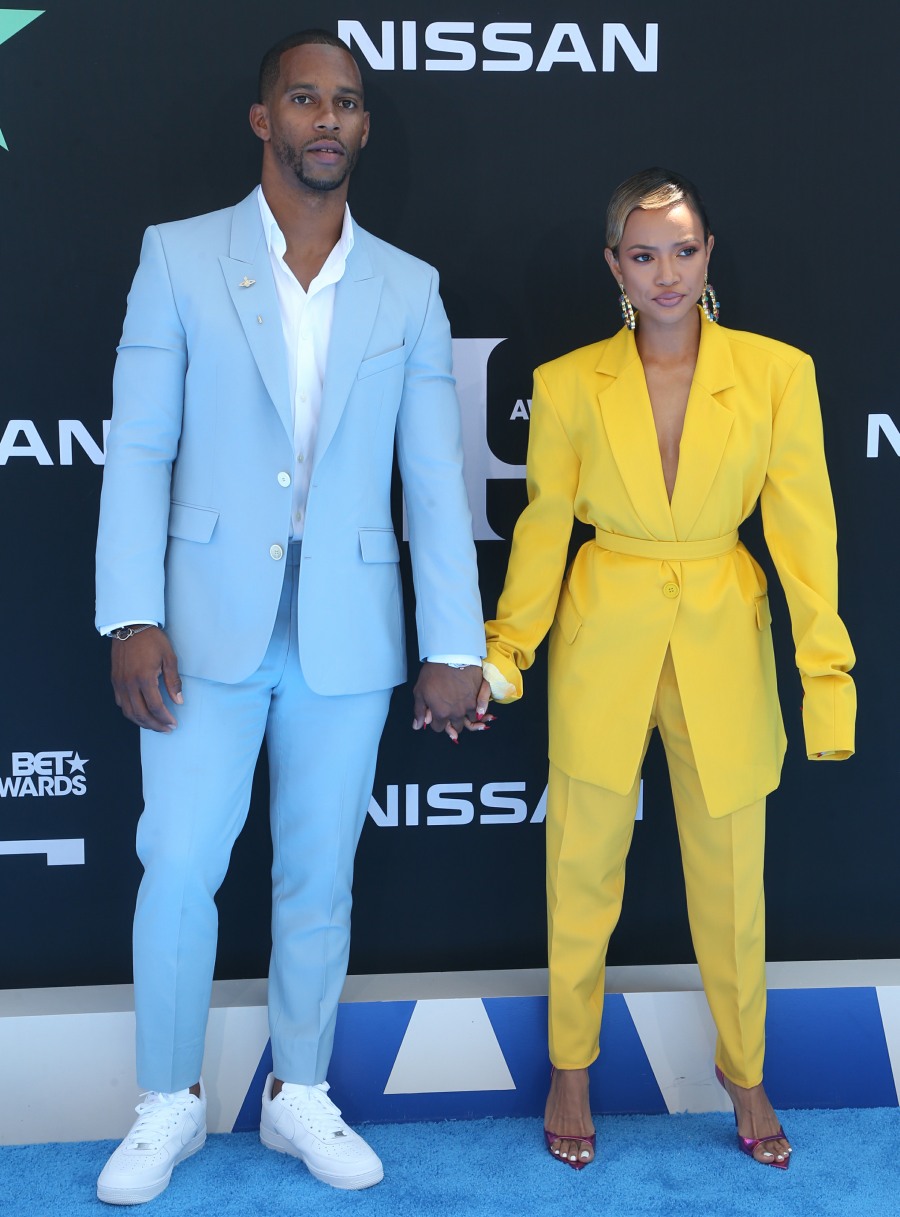 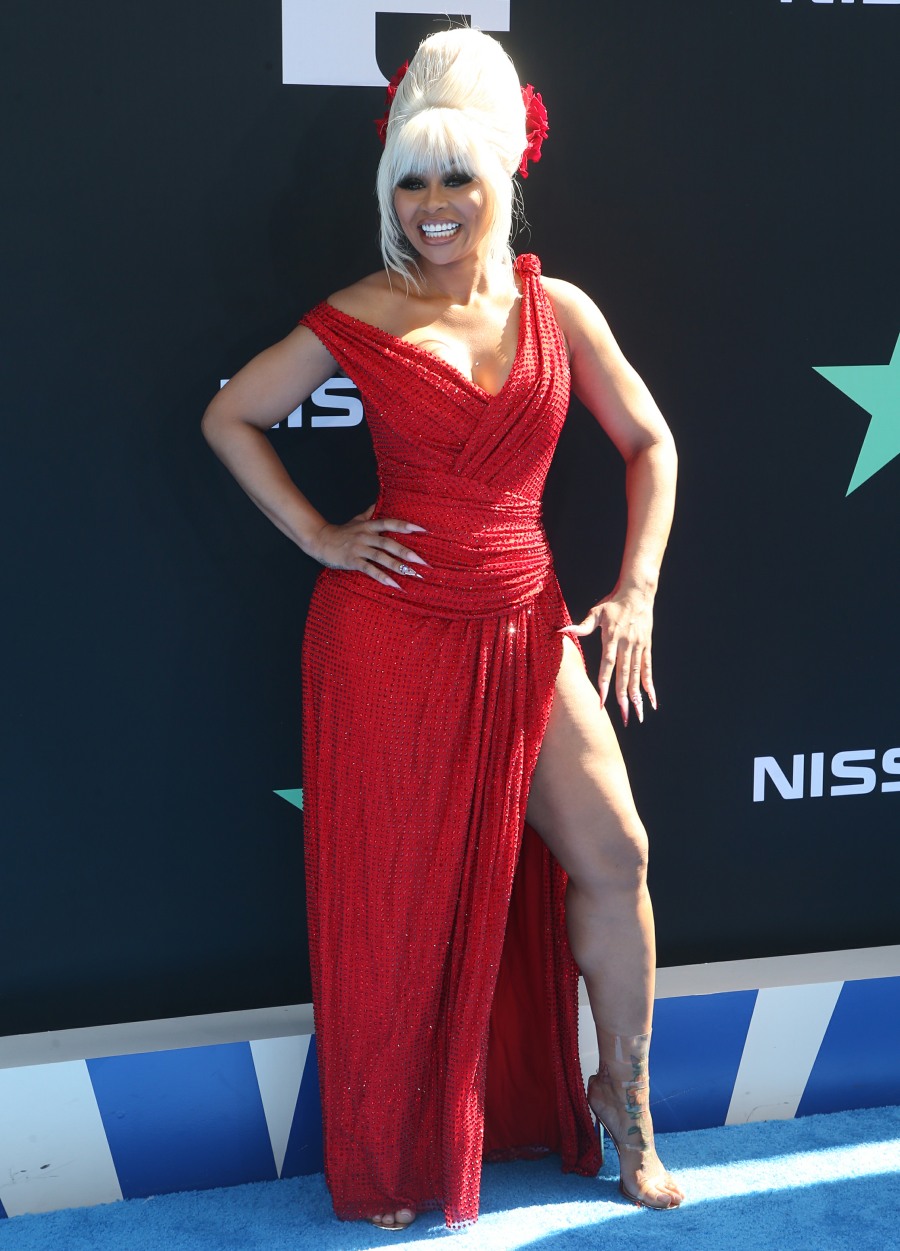 Lil’ Kim was there and she performed with Mary J. Blige, who won the Lifetime Achievement Award. 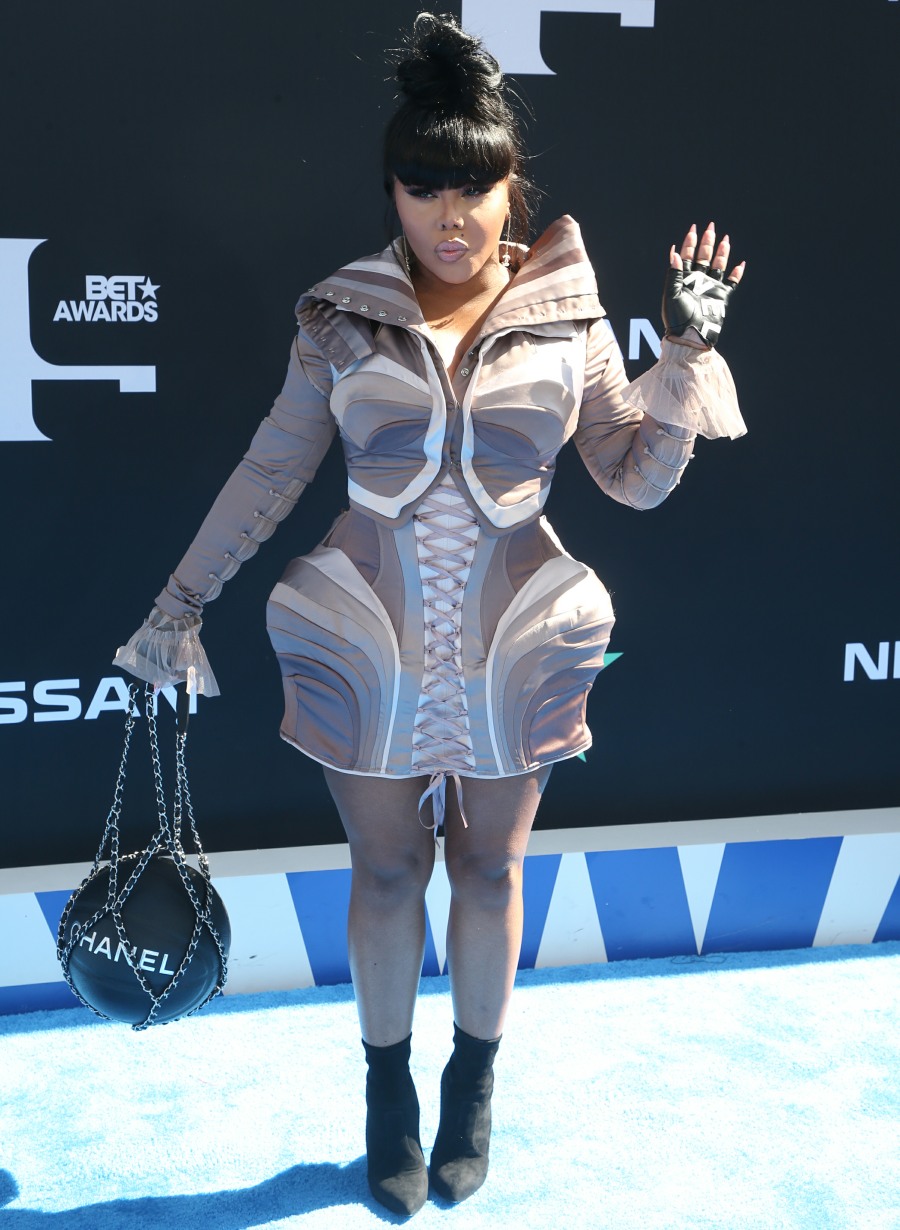 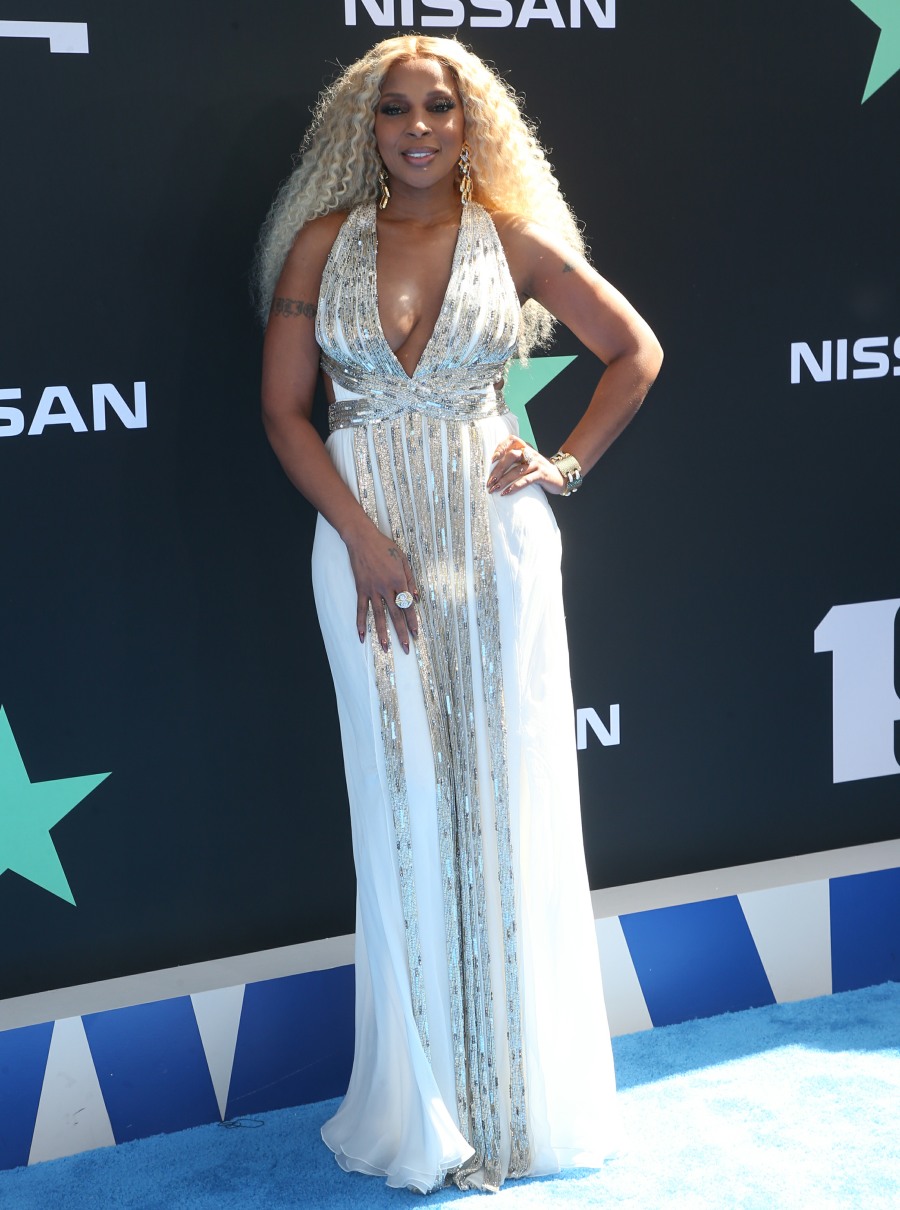 Lil Nas X rolled up to the BET Awards with Billy Ray Cyrus and I DO NOT HATE IT. Billy Ray collaborated on the remix of Old Town Road and it was…amazing, actually. 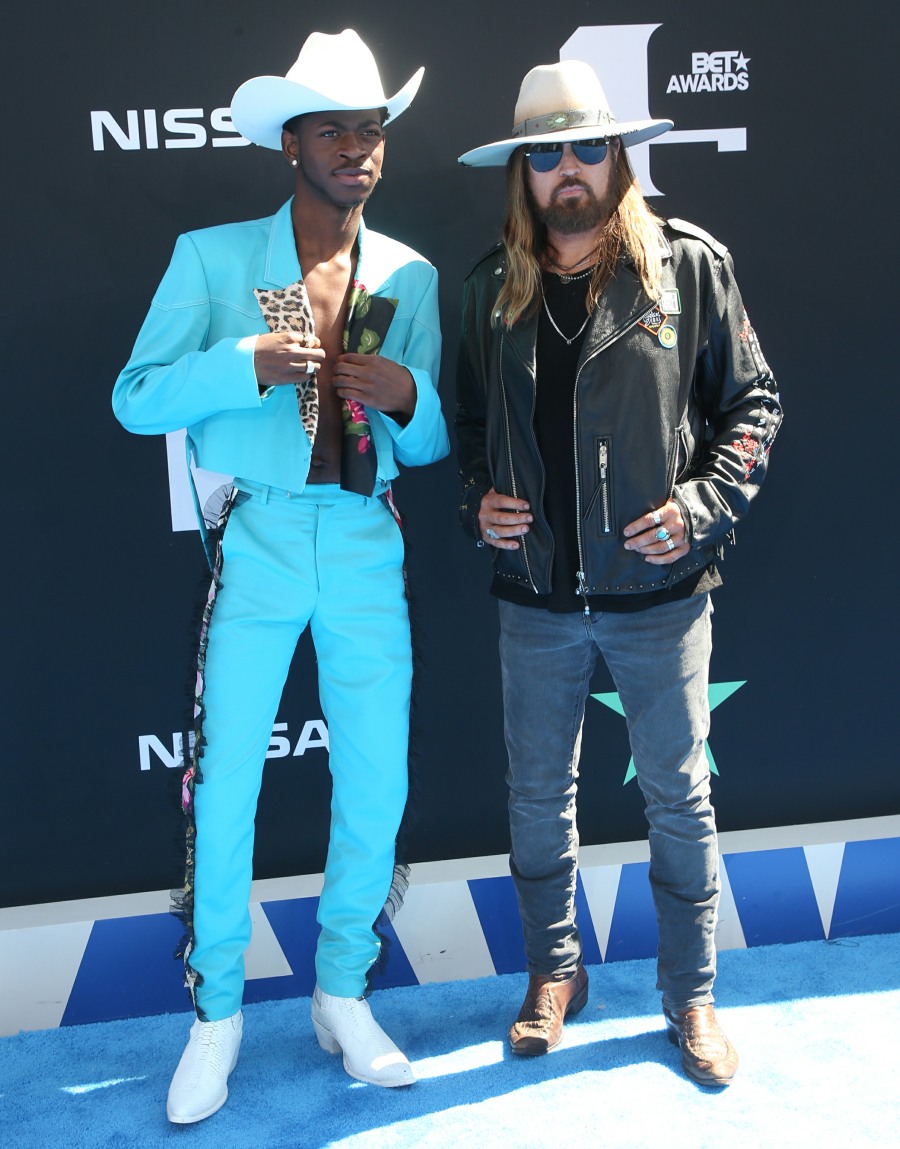 And finally, Rihanna turned up – she didn’t walk the carpet, but she was there to present the award to Mary J. Blige. Love the leather, honestly. Is this one of Rihanna’s own designs?

Photos courtesy of Getty and WENN.