“Isn’t it hypocritical of you to accuse others of disinformation when you spread it every day?” asks White House correspondent 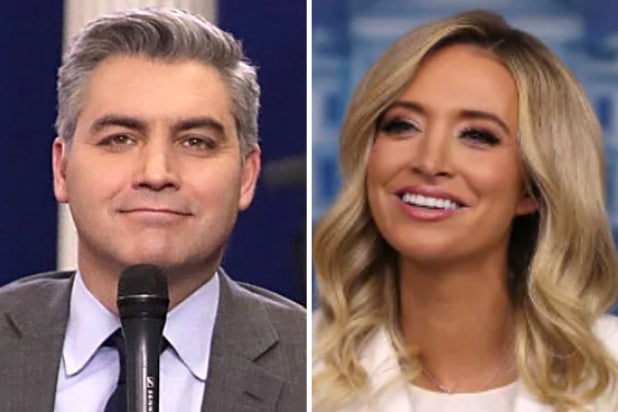 CNN’s chief White House correspondent Jim Acosta fired off a final question as White House press secretary Kayleigh McEnany left her briefing Tuesday, asking her about the “disinformation” he accused her of spreading “every day.”

“Good for those who covered what was a story all along, and not Russia disinformation,” she said, walking from the podium.

“Kayleigh,” Acosta called out as she departed the briefing room, “Isn’t it hypocritical of you to accuse others of disinformation when you spread it every day?”

Though she didn’t respond, Acosta expanded on Twitter later about what the “disinformation” he identified this time entailed.

During her briefing, McEnany said President Donald Trump “has taken all statutory requirements necessary to either ensure a smooth transition or a continuation of power.”

The Electoral College certified Monday what Trump has long been denying: Joe Biden won the 2020 election and is, as a result, president-elect. Acosta wrote on Twitter of McEnany’s statement, “Fact check: There won’t be a ‘continuation of power.’ That’s disinformation.”

Acosta — and his network — have been plenty critical of McEnany before. After she tested positive for COVID-19 in October, he was one of the first to point out that when McEnany spoke to journalists just days prior, she wasn’t wearing a mask.

During that briefing, McEnany was asked to respond to new reporting from Bob Woodward that Trump knew about the coronavirus threat in early February, but downplayed it significantly.