“We’re all very excited here, it was a big surprise to us,” Heald told Deadline. “We love making this show, but we also know that it’s a comedy, a drama, and an action series. It’s a lot of things and we don’t necessarily fit into one category in the minds of some people. Our writers room is full of comedy writers. The concept of our show is taking the villain from the Karate Kid, putting him front and center, and giving him the Better Call Saul treatment where you’re emotionally invested in his story. We’re really grateful to Netflix and Sony, as well as our cast and crew.”

Cobra Kai stands out as a continuation of a beloved franchise because of its ability to enchant fans of the original and also welcome newcomers in a way few other reboots or revivals have been able to do at this level.

The secret, says Heald, is that he, Hurwitz, and Schlossberg are devoted to the original story.

Schlossberg added: “I think why our series resonates with so many is because we write for the child within us that loves these movies. So it ends up being a show children like, which is unique for us because our backgrounds are in edgy comedy, but this show has brought us our widest appeal. I think this is because when we’re writing for Cobra Kai, we’re thinking about our younger selves.” 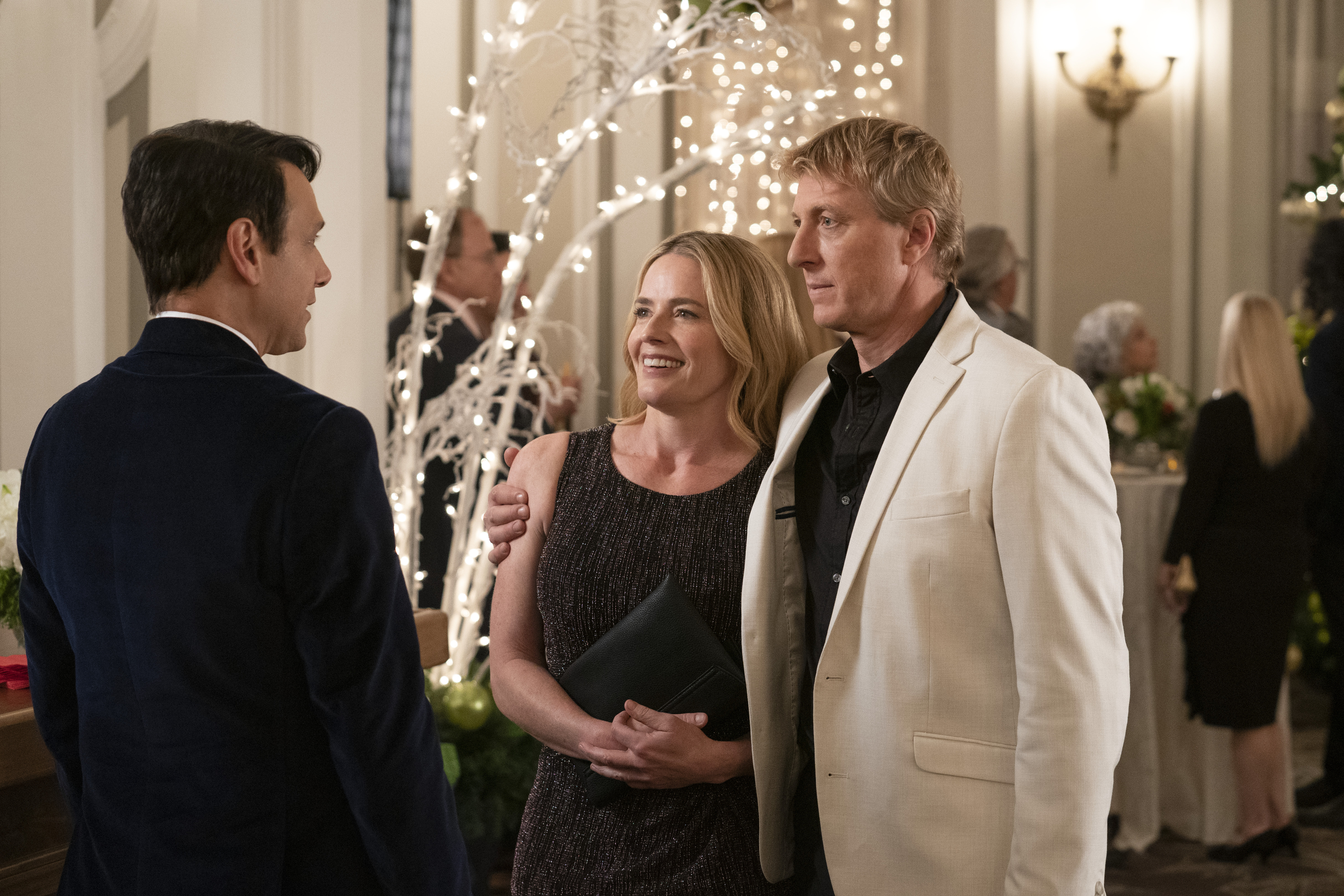 Although Heald wouldn’t tease much as to what fans can expect from the upcoming Season 4, he confirmed that shooting has been completed and all episodes are currently in post-production.

“We shot during the thick of [the pandemic] and it was our most difficult production from the standpoint of dealing with the Covid pandemic during an already ambitious shoot,” he said. “We have never been prouder of a season that we’ve put in the can. We’ve seen it and we know we’ve got the goods. We cannot wait for the fans of this franchise to see everything we did this season knowing everything we went through to put that into place. It’s an amazing memory we’ll all have knowing that it was a battle and we won.”

Season 3 set up an unavoidable battle between Samantha LaRusso (Mary Mouser) and Tory Nichols (Peyton List) a la The Next Karate Kid. But would the trio consider making that a spinoff onto its own or weaving it into Season 4 or beyond?

“Sam and Tory are two of our favorite characters in the series and their rivalry is a fresh one that certainly cuts to the core for both of them,” said Hurwitz. “We’re eager for people to see how it plays out in Season 4 because there’s certainly no love lost between those two at the end of Season 3 and there’s a lot more between them going forward. We think it’s a very special season for both those characters.”

It was announced in late May that Thomas Ian Griffith would reprise the role of Terry Silver, the Karate Kid Part 3 baddie who is always there when his old buddy Kreese (Martin Kove) needs him most. So what is he looking like these days?

“People are going to have to tune in to Season 4 to find out,” Schlossberg shared with a laugh. “For now we’ll say we’ve been looking forward to working with Thomas Ian Griffith for a long time and we were very patient with ourselves to find the right moment, and Season 4 is that moment.”

Here Are The Actors Who Have Won The Most Emmys: Photo Gallery