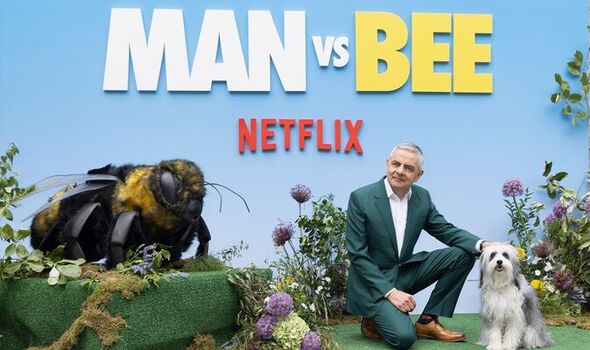 The veteran funnyman revealed he now fears telling jokes may become a thing of the past. Promoting his new Netflix comedy Man Vs Bee, he said: “There are undoubtedly those who would seek to contain what you should be making jokes about in order to make society kinder, more accommodating and more inclusive. But while being nicer to everyone is an admirable aim, comedy doesn’t work that way. It isn’t about being nice.

“If your primary aim as a comedian is to be kind, you’re not going to produce comedy of any note. You may produce some comedy but it won’t be remembered for very long.”

Atkinson, 67, famous for his roles in Blackadder, Not The Nine O’Clock News and Mr Bean, added: “Every joke has a victim – that is what a joke is – whether it’s a group, society, company, individuals, fictional and non-fictional.

“You are always going to cause offence to somebody – that is inevitable. But that is counter to what some people believe, it is counter to some people’s belief that victimisation is always wrong.Well it depends, is what I would say to that.

“Comedy is in a strange place and joke telling is definitely something under threat from certain quarters.”

Comedian Ricky Gervais made a similar point following a backlash to his Netflix show Super Nature in which he discussed transgender issues. He explained to The One Show: “I think that’s what comedy is for, really – to get us through stuff.

“I deal in taboo subjects because I want to take the audience to a place it hasn’t been before.

“Most offence comes from when people mistake the subject of a joke with the target.”

Jimmy Carr also caused an outcry this year when he made a joke about the Nazis and the traveller community on Netflix.

Atkinson says his latest creation, Trevor, the hapless housesitter, is one of the “nicer people I’ve played”.

He said: “I like him and liked playing him, so he could reappear one day. Never say never.”

Like many of his characters, said Atkinson, Trevor has an “obsessive quality”. “That is something you might say he has in common with Mr Bean, and occasionally my facial expression may remind people of him.

“Trevor’s obsessiveness takes him into quite a dark and difficult place, where he behaves extremely badly.

“But ultimately, he’s an ordinary, sweet-natured guy, which is not how I would describe most other characters that I’ve played.”