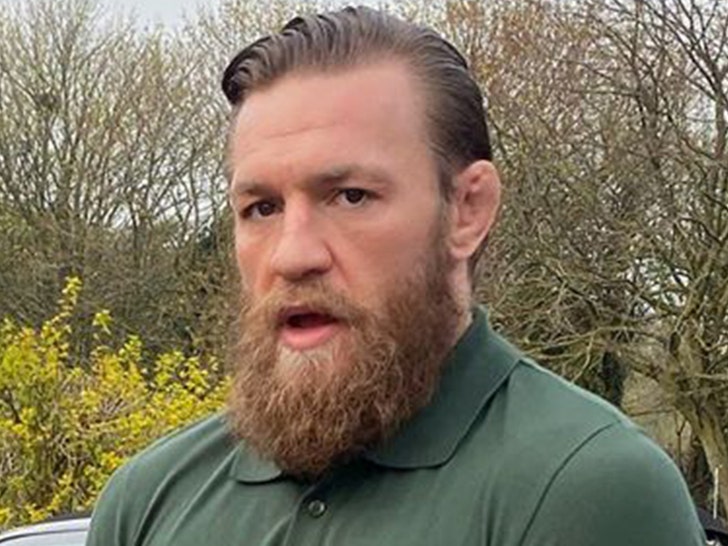 Conor McGregor says he will dig in and fight the “bullsh*t” allegations against him in Corsica — and refuses to pay a dime “to anyone coming at me with vicious lies.”

The UFC superstar unleashed on his private Facebook page (which a source close to Conor confirmed to us is legit) … addressing several allegations that have made against him over the years, including the most recent situation in Corsica.

“Try set me up all yous f*cking want over and over and over the truth will always set me free! Be it baby father claims, rape, indecent exposure, bullsh*t WhatsApp group sh*t. You f*cking name it. Never will I fold!”

He continued, “The truth is the truth and it gives me wings. I know my character!”

“Never will a dime be paid to anyone coming at me with vicious lies! Not now not f*cking ever! I will fight! And I am only beginning my fight!”

“All these past incidents you will see! They will not be forgotten! I will not allow these people to just accuse me and then disappear into the dark to attempt to ruin someone else life! No f*cking way!”

He also added this line — “I will never kill myself no matter how many wish for it.”

As we previously reported, McGregor is facing allegations of attempted sexual assault and indecent exposure in Corsica. Reports out of France say he’s accused of exposing himself to a woman at a bar on Sept. 6.

Additionally, McGregor has reportedly been questioned over two alleged sexual assault incidents in Dublin … but not much is publicly known about those cases.

What we do know … Conor has been captured on camera breaking the law multiple times — from throwing a steel dolly at a UFC bus to punching an older man at a pub in Ireland.

The video, in those cases, proved Conor’s guilt — but it seems he believes there is footage of the Corsica incident that will prove his innocence this time around.