Owens was photographed in Los Angeles throwing a baseball and a football with a pal. He was dressed in white pants and a black pullover, accessorizing with a black hat. At one point, he took off the pullover and was wearing a short-sleeve shirt.

The nephew of President Joe Biden seemed to be in good spirits.

King recently confirmed she and Owens had split after two months of marriage. 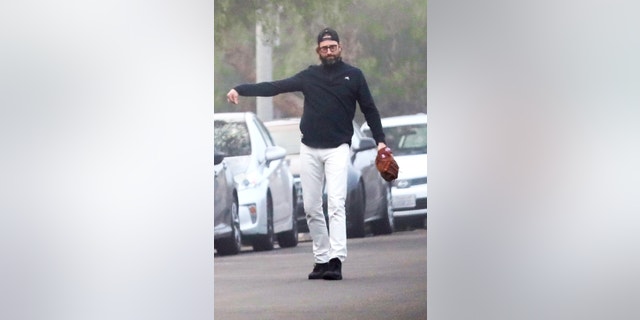 Cuffe Biden Owens is having a ball as he is seen for the first since his marriage to Meghan King ended after just two months.
(LionsShareNews / BACKGRID)

In September, the former couple took to Instagram to confirm their relationship, and after a blinking engagement, tied the knot a month later on Oct. 11 in Pennsylvania.

The “Real Housewives of Orange County” star didn’t have any doubts at the time about the marriage. 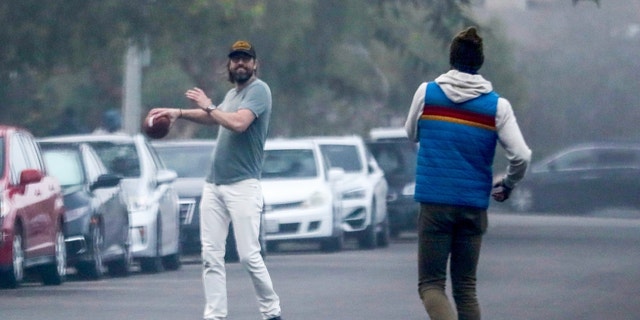 Owens seemed in good spirits as he was not wearing his wedding ring while playing ball with a pal.
(LionsShareNews / BACKGRID)

“We just knew,” King wrote alongside an Instagram photo of the couple flashing wide smiles after exchanging vows. “Introducing Mr. and Mrs. Owens.”

President Biden and Jill Biden were in attendance at the wedding.

King recently thanked her fans for their support as she deals with the aftermath of her split. 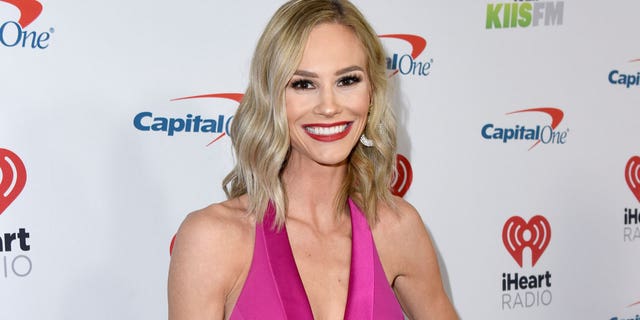 King and Owens married in October after confirming their relationship in September.
(Vivien Killilea/Getty Images for iHeartMedia)

“Thank you all for your messages,” she wrote on her Instagram story. “Thank you for holding space for me. Thank you for lifting me up. You all are good people and I appreciate you.”