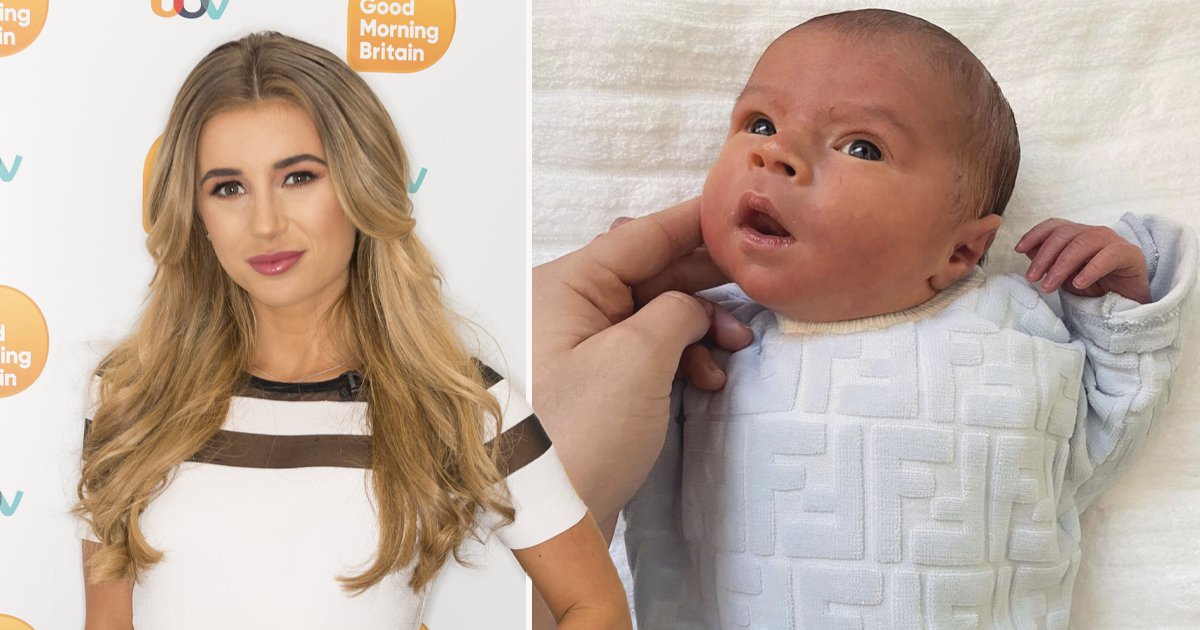 Dani Dyer has defended her decision to name her son Santiago while revealing the inspiration behind the ‘unusual’ moniker.

It was revealed shortly after that Dani’s little one was named Santiago but the couple didn’t share the meaning behind the name.

During an Instagram Q&A with fans on Monday, Dani addressed the criticism she’s received over the unique name and stated: ‘This name is actually a lot more common than people think I’ve had a few people message and say there [sic] baby’s are called Santiago.’

Responding to another follower, she explained: ‘My mum is half-Spanish and she said the name to me a few times. Then I see [sic] it on a programme and I fell in love with it. Love that it’s really unusual and really doesn’t bother me when people say they don’t like it.’

Dani, whose father is EastEnders hardman Danny Dyer, is otherwise in baby bliss and described Santiago as ‘my world’.

‘I never thought I could feel a feeling like it. I get emotional even talking about him,’ she told one follower.

She explained: ‘Honestly he has been brilliant. I didn’t think I could love him more than I do. His [sic] so supportive. I never realised how emotional you get after having a baby and he always makes me laugh, your [sic] always questioning yourself as a mummy so having a good support system is so important.’

Dani, 24, recently shared an insight into the realities of being a new mum and admitted she hadn’t washed her hair since giving birth.

‘His all fresh and clean and I still haven’t washed my hair since having him haha. Love him so much I wish I could put into words how I feel,’ she told her followers.

Announcing Santiago’s arrival, Dani said on her podcast days after giving birth: ‘I honestly can’t believe it, he’s finally here, our little boy. I never thought I’d meet him. I felt like it was going on and on.

‘But me and Sammy are so in love with him. He’s just so perfect and the feeling is just incredible, I can’t put into words how it feels.

‘I know you’re all probably wondering what we’ve called him. There’s been a lot of assumptions going on, some are actually really funny to be fair, but his name is Santiago. I know a lot of you are probably thinking “What?!” but that is his name but we are going to be calling him Santi.’