Darius Campbell Danesh live blog: A look back at his life and Pop Idol days as celebrities pay tribute to singer after he was found dead in his US apartment aged 41

Sad news of the lovely talented chap #Darius – let’s get Colourblind to number one again Dive In by Darius https://t.co/1MN8jji5J9

The singer, 42, who appeared on Pop Stars in 2001 the same year as Darius, said the singer was a ‘true gentleman’ and will be remembered with fondness by his co-stars.

I’m so sad. Darius was only 41. He was an absolute gentleman & I know all of us who did Popstars with him will remember him with huge fondness. He had a way of bringing us all together & had such a natural warmth about him. Rest in peace lovely man ♥️

Such shocking news and far too young. So tragic.
Darius really blew me away in Funny Girl a few years ago. Was always a pleasure seeing him in that production.
R.I.P. Darius Campbell-Danesh. https://t.co/D3mEv1rO3w

For a brief part of my childhood, Darius was the soundtrack to my life. 'Colourblind' and 'Rushes' were two of my fave songs as a kid, I played them over and over repeatedly. Such a handsome, charismatic guy with a great voice. Such sad news, RIP Darius 💔https://t.co/DnKf5Zx92q

Darius’ first single Colourblind was released in 2002 and shot to number one in the charts where it stayed for two weeks.

The singer went on to have a total of five top ten UK hits and his debut album Dive In went platinum.

This is so sad. Thinking of Darius’ family and friends. https://t.co/X1kxzXcmOe

In a performance regarded by most as cringey when it aired at the time, Darius garnered attention for his cover of Britney Spears’s Hit Me Baby One More Time while sporting a ponytail and goatee on the ITV talent show, Popstars in 2001.

While the show’s eventual winners would go on to form Hear’Say and Liberty X, Darius didn’t give up on achieving musical stardom.

Danesh made his first bid for fame in ITV show Popstars in 2001 with his quirky rendition of Britney Spears’ Baby One More Time.

He did not make it into the band but the following year appeared on the first Pop Idol, which was won by Will Young.

After Pop Idol in 2002, Danesh turned down Simon Cowell’s offer of a record deal and signed with producer Steve Lillywhite, whose credits include U2 and the Rolling Stones.

His debut single, Colourblind, was released in July 2002 and went straight to number one, marking the start of a run of top 10 releases.

The Scottish performer went on to forge a successful theatre career, appearing in Chicago as Billy Flynn in two runs of the production, as well as Guys And Dolls, Gone With The Wind and more in the West End.

He lived in the US and was in a relationship with Canadian actress Natasha Henstridge, whose films include sci-fi hit Species.

The couple married in 2011 at the San Ysidro Ranch in Santa Barbara, California, but had since divorced. 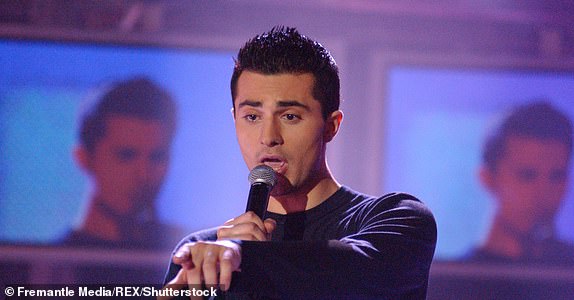 A family statement said: ‘It is with great sadness that we announce the passing of Darius Campbell Danesh. Darius was found unresponsive in bed in his apartment room in Rochester, Minnesota, on August 11 and was pronounced dead in the afternoon by the local medical examiners’ office.

‘The local police department have confirmed that there were no signs of intent or suspicious circumstances. The cause of his sudden death is unknown at this stage while medical examinations continue.

‘We ask that you kindly respect our wishes for privacy at this time whilst we come to terms with the tragic loss of our son and brother.’

Former Pop Idol contestant and theatre star Darius Campbell Danesh has been found dead in his US apartment room at the age of 41, his family announced today. 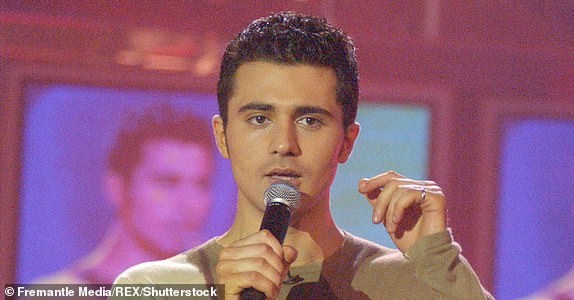