David Beckham was in France with his precious daughter Harper by his side. The pair paid a visit to Stade Océane stadium in Le Havre, and based on their reactions, it was evident the Beckhams were heavily invested in the critical soccer game. (David, an English soccer legend, naturally supported his home country in the women’s quarterfinal match against Norway.)

When everyone stood up for the English national anthem, David put his arm around his daughter, making for a heartfelt moment. 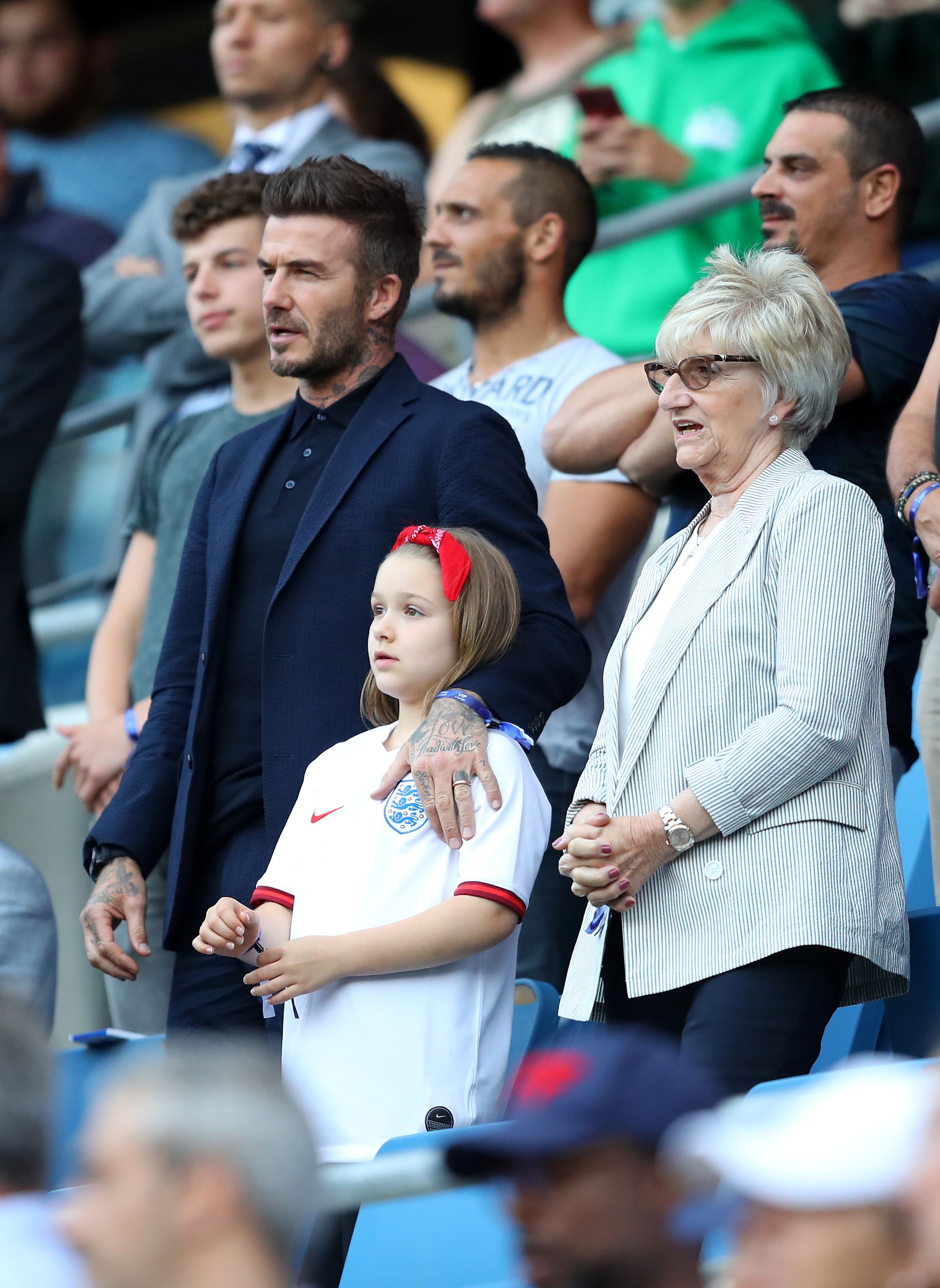 Harper satisfied her sweet tooth by attempting to open a large pack of peanut M&M’s. When that proved to be a struggle, her father came through in the clutch so she could enjoy her treat. 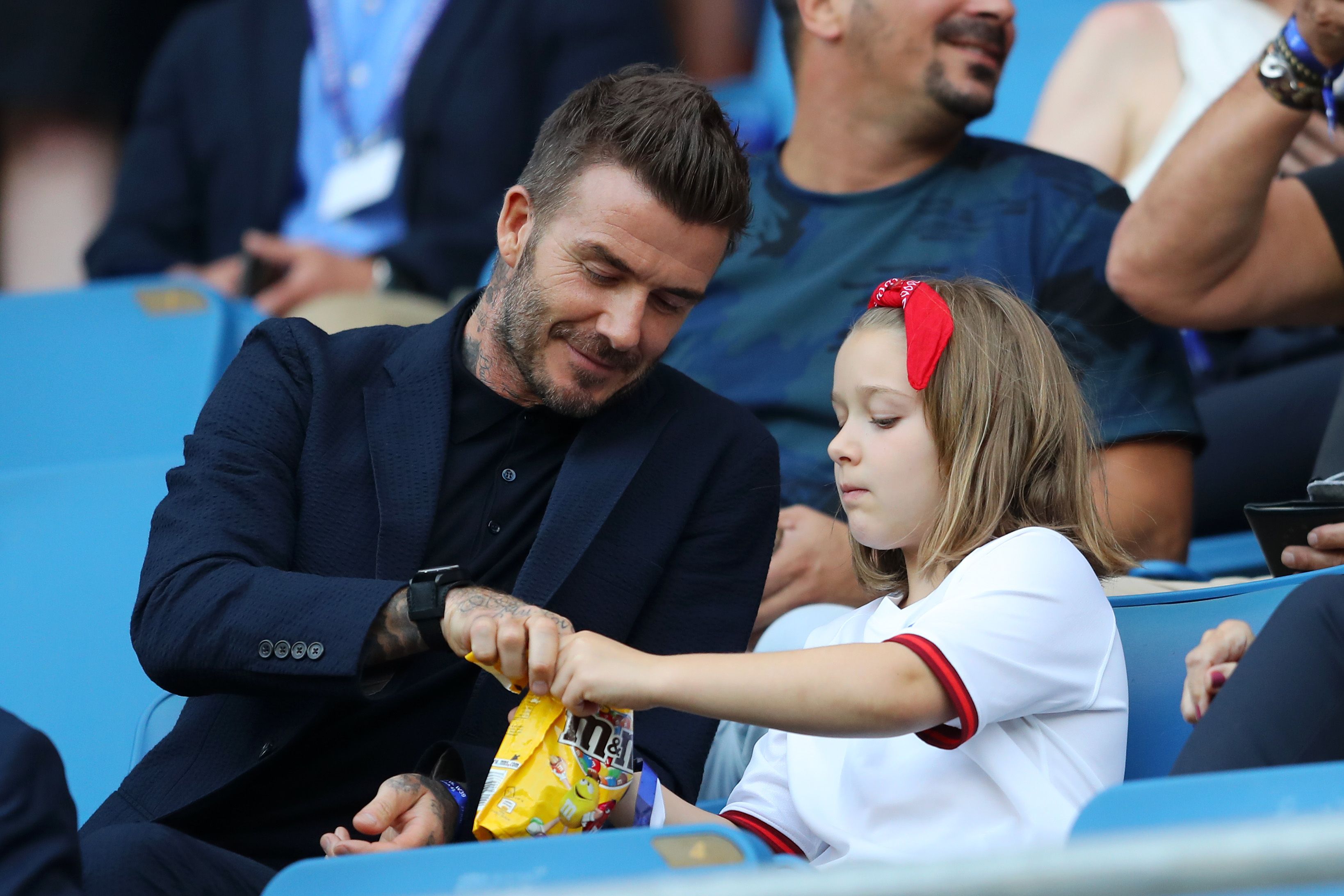 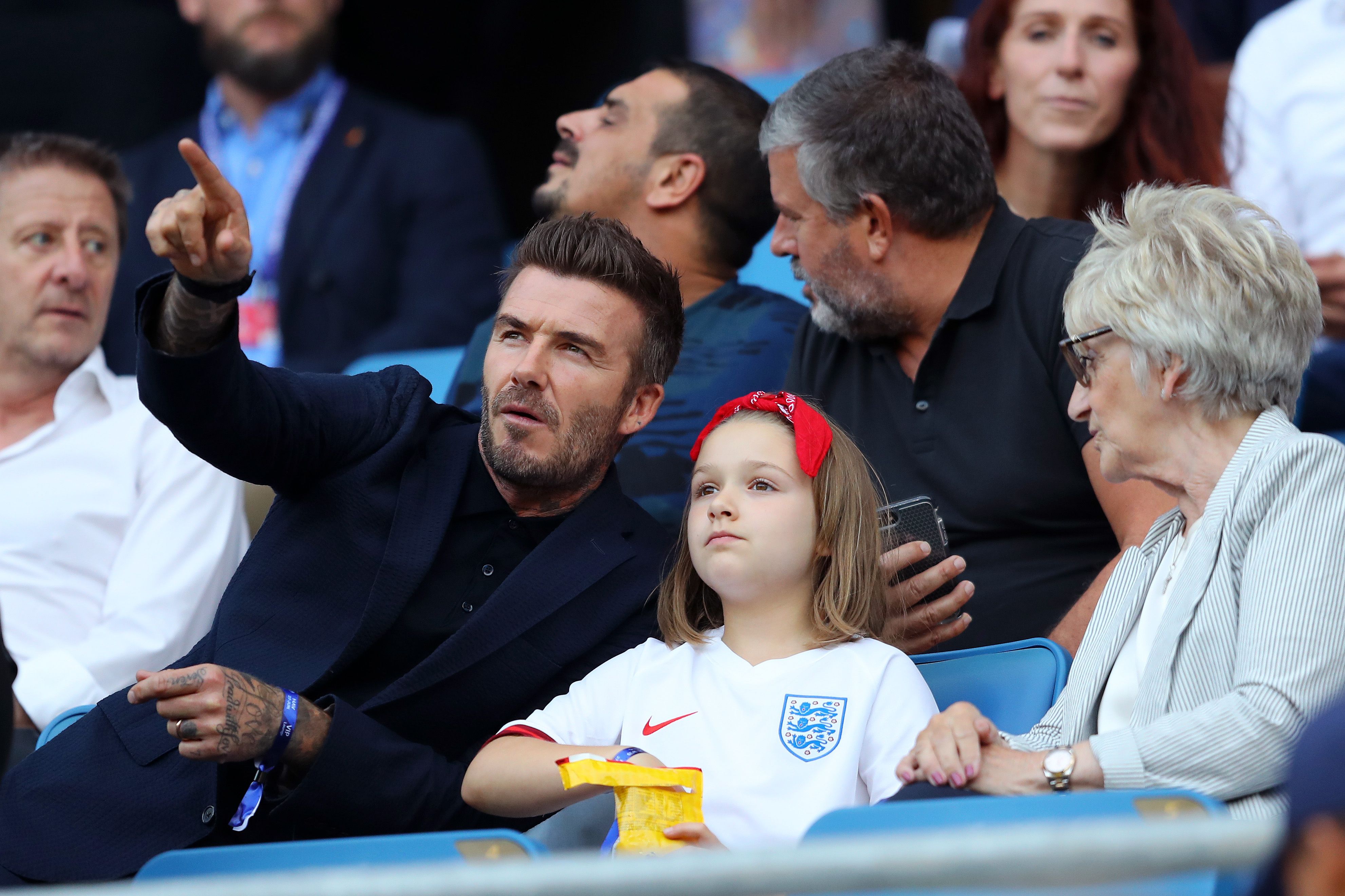 As a thank you, Harper kindly shared her chocolate-covered snack with her dad. 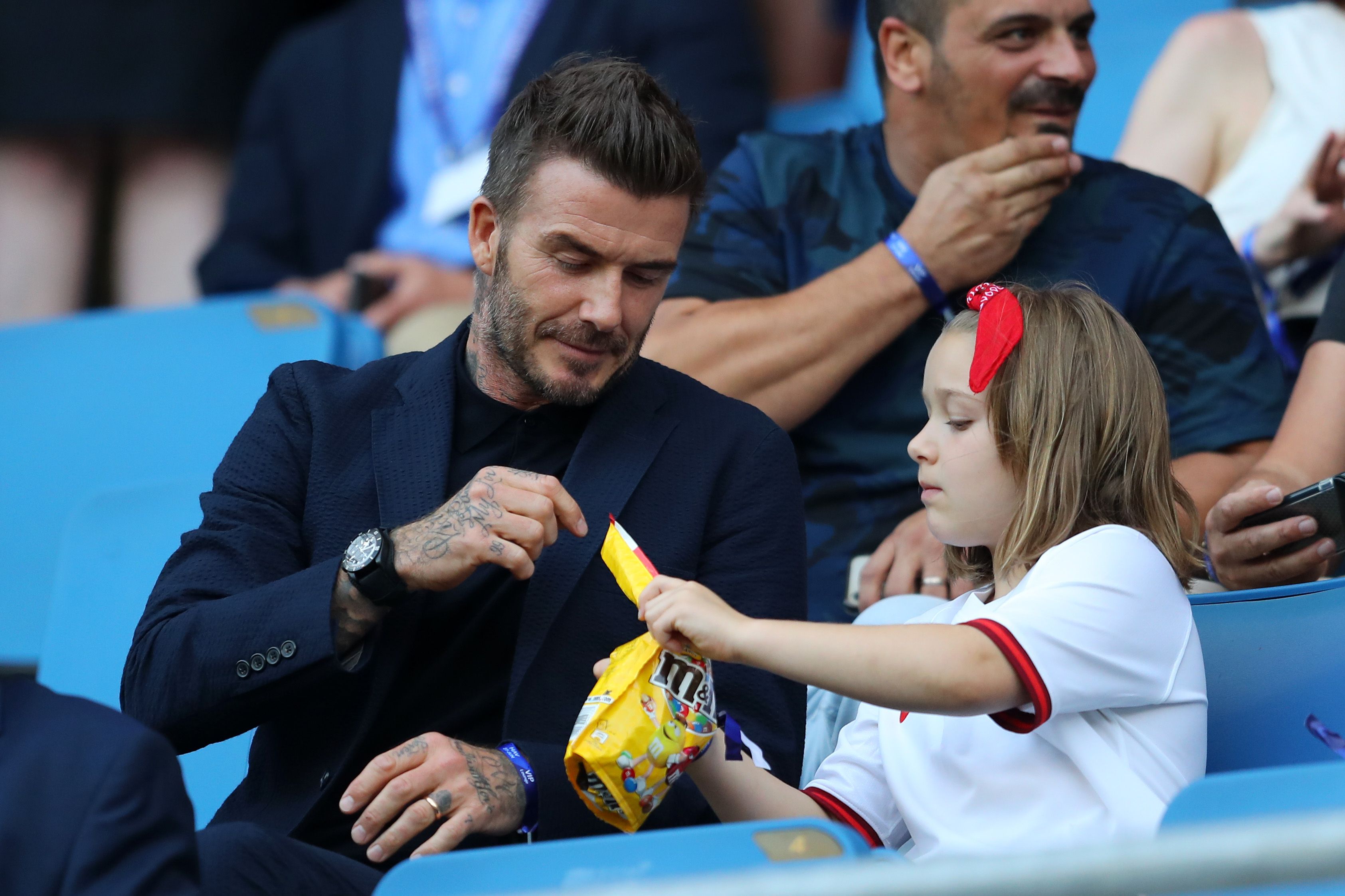 Immediately after David helped Harper open the candy, he directed her attention to the pitch and pointed out a key moment of the competition. 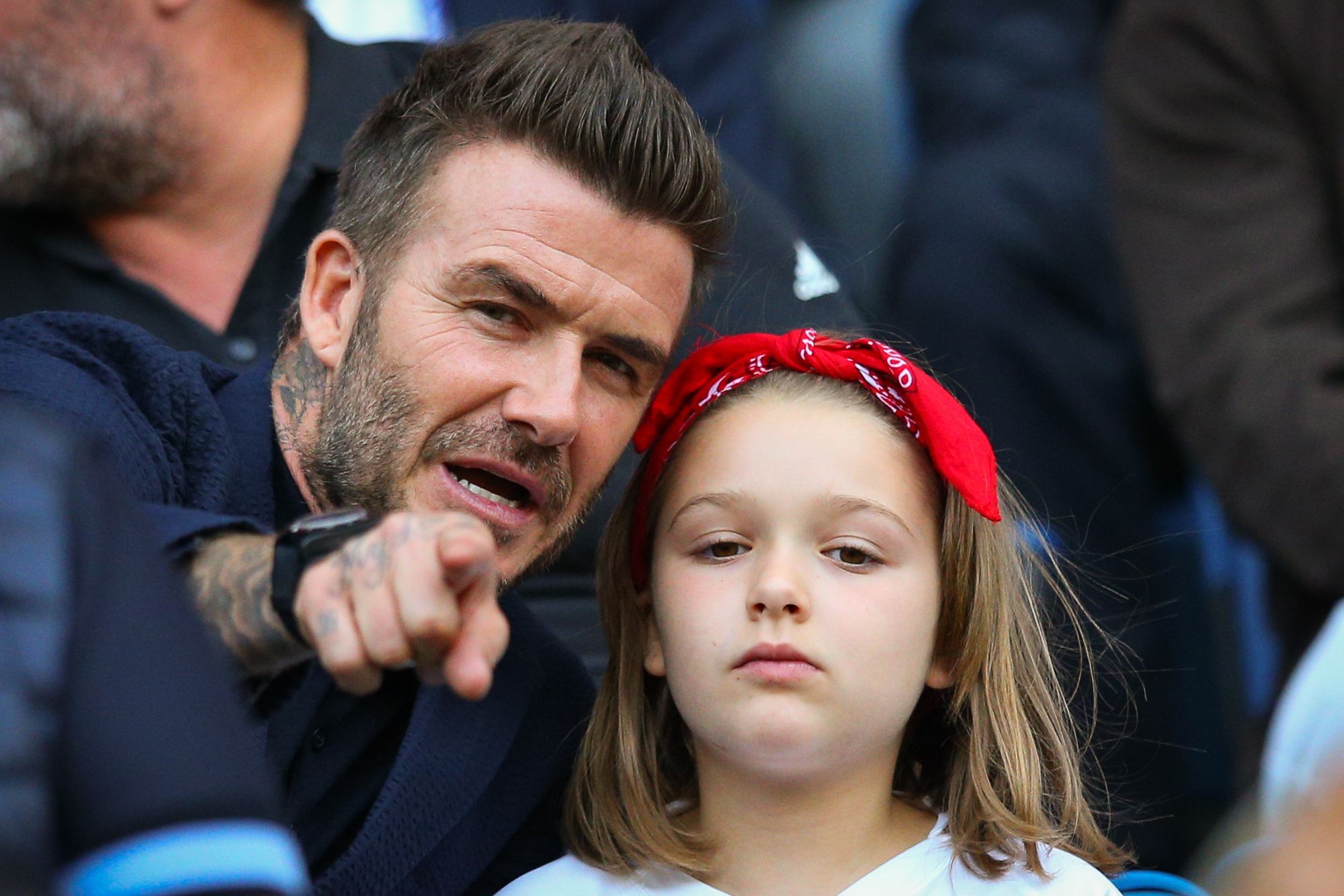 At one point in the game, David gave his daughter a peck on the forehead, and later gave her a kiss. 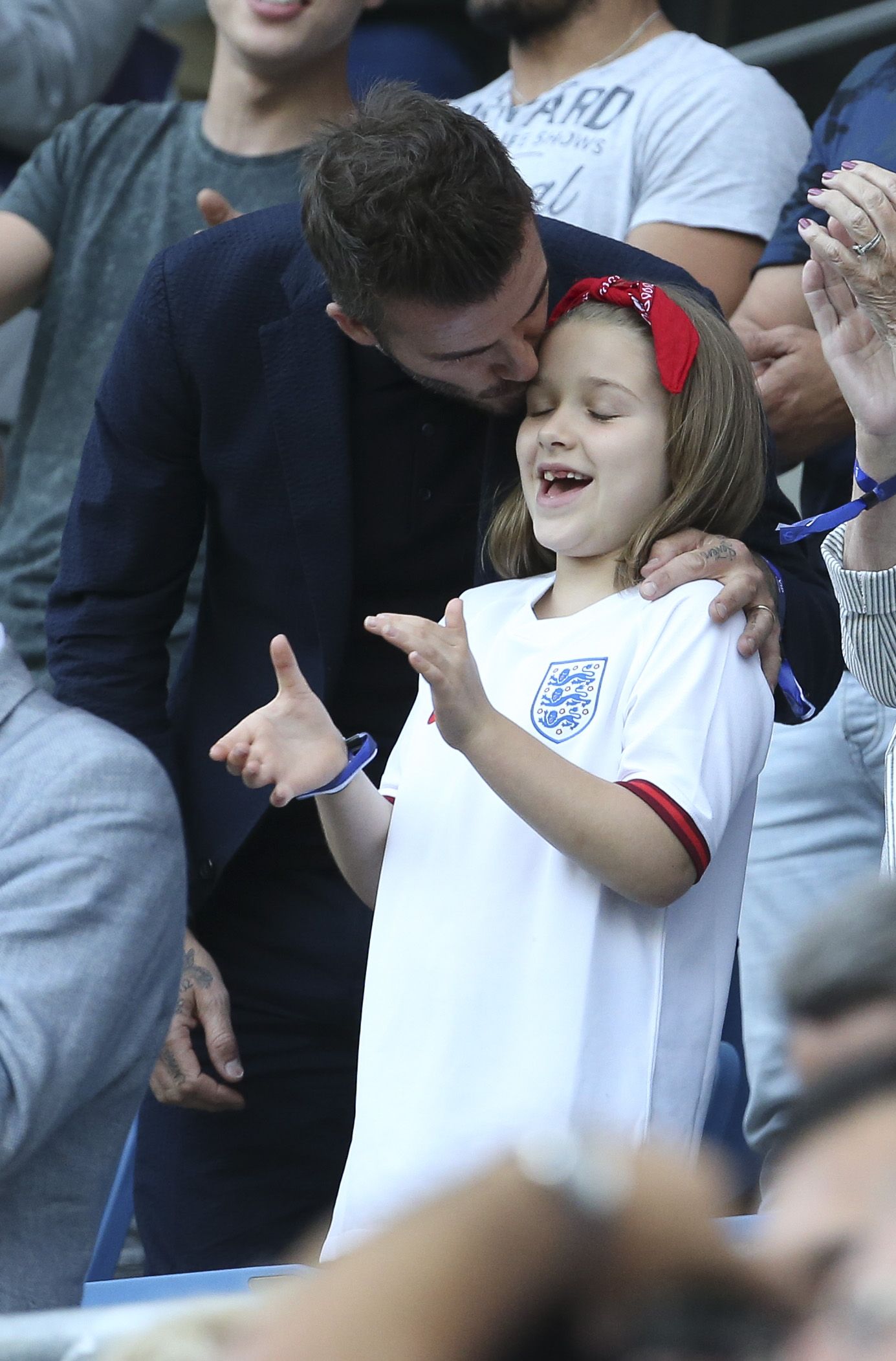 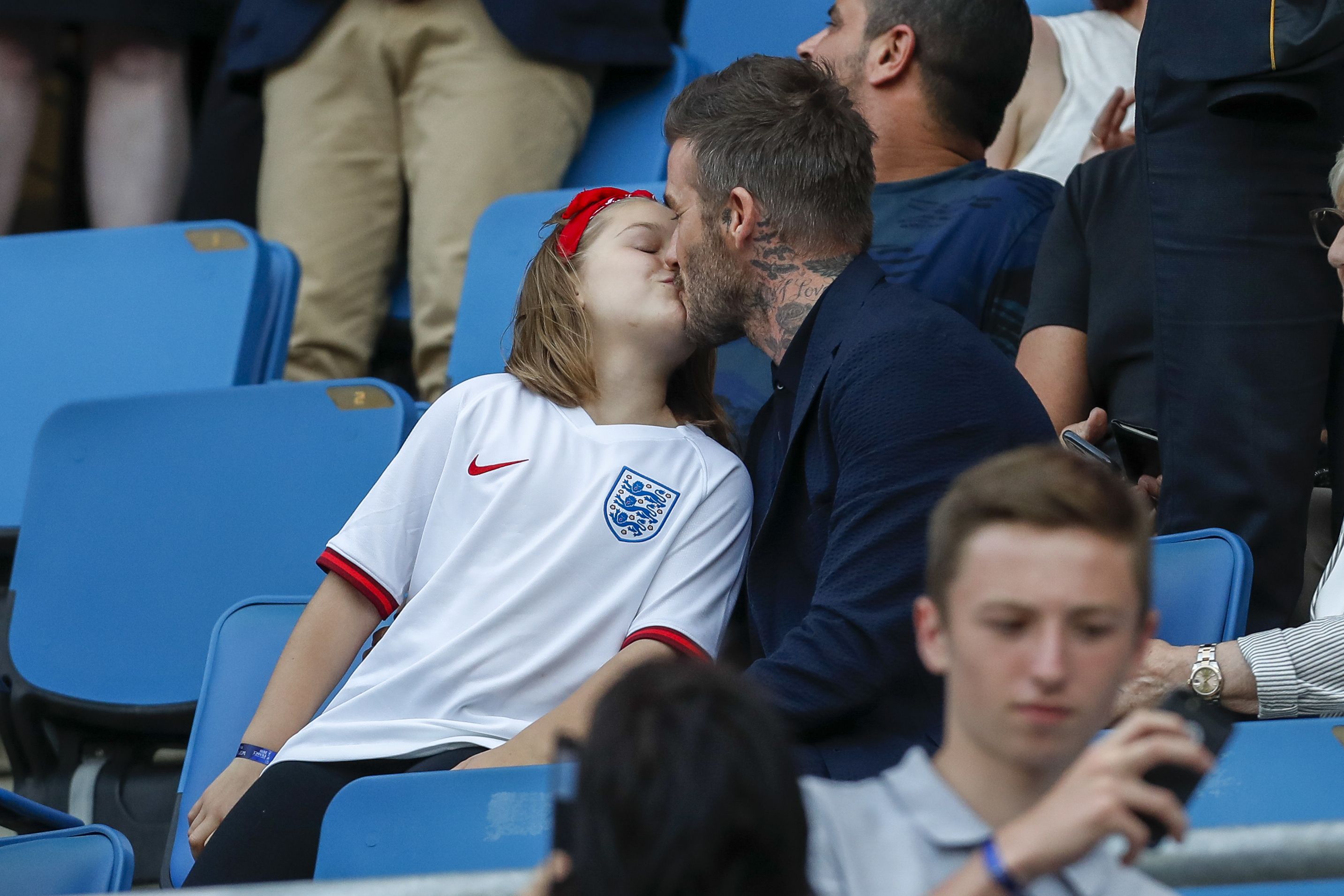 The most exciting moment of the evening was when Lucy Bronze secured the game-winning goal. Harper and David immediately went wild in the stands. 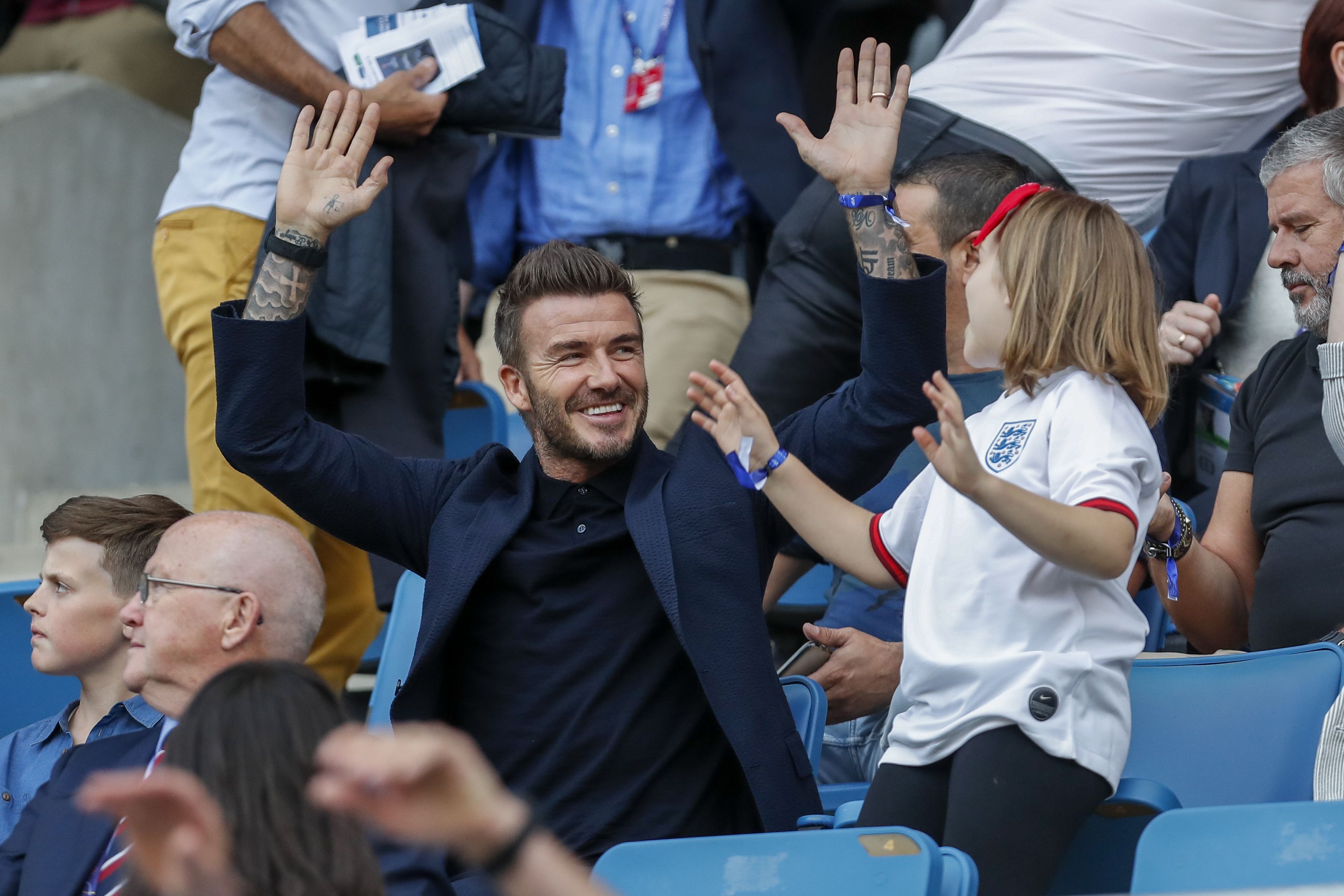 The FOX Soccer Twitter account captured Bronze’s free kick in the second half of the game. Around the 21-second mark of the clip, David looked impressed by Bronze’s athleticism and high-fived his mother, Sandra Georgina West, who sat two seats away from David. Harper wanted to get in on the action and held up her hand for a high five, except David initially missed it. Finally, David happily obliged and gave Harper a reassuring pat on the back, letting her know that he didn’t forget her.

Ahead of the match, David and Harper had the opportunity to meet the English women’s national team, who are known as the Lionesses. David shared a picture on Instagram with a touching and relatable caption:

So lucky to get to see the girls before tonight’s big game… As a player I know exactly what it means to play in these competitions and to have the support from home which means so much..I just want to say how very proud we all are of every single player, they are doing amazingly well and the whole country is behind them !!! As you can see Harper was so excited to meet the team & is so excited for the game…. Come On England ??????? @lionesses @philipneville18

Based on Harper’s enthusiasm throughout the game, perhaps we’ll see the Beckham soccer legacy potentially live on through her in the near future.