Demi Lovato has taken their fascination with space and extraterrestrial life to TV screens as they make discoveries on their Peacock docu-series Unidentified With Demi Lovato. On the show, Demi, their sister Dallas, and their best friend, Matthew Scott Montgomery hit the road to embark on a UFO investigation and discover fascinating theories about extraterrestrial life.

In a recent interview with the Australian outlet Pedestrian.TV to promote their show, Demi opened up about their experience being a “believer” during their investigation. 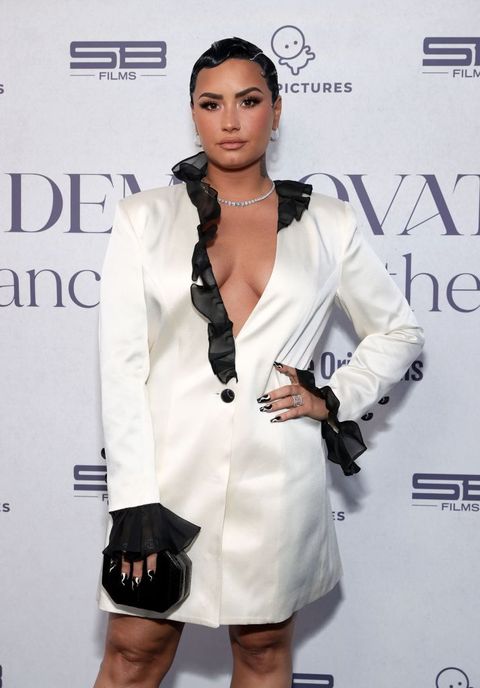 They also questioned why ETs would want to take over Earth if “we’re running it to the ground.” I mean…points were made. Demi also explained that using the term “alien” to describe extraterrestrial life is harmful and offensive.

“I think that we have to stop calling them aliens because aliens is a derogatory term for anything,” Demi said. “That’s why I like to call them ETs! So yeah, that’s a little tidbit. A little information that I learned.”

Man I love Demi Lovato but first with the yogurt and now with this whole aliens thing, what is happening 😭😭😭 pic.twitter.com/jBAJcVDqJp

Aliens, who don’t exist or at least we don’t have a concrete proof they do, seeing Demi Lovato advocating their rights on planet earth pic.twitter.com/gkUZEdSqGk

I know y’all not mad at Demi Lovato for saying “aliens” is a derogatory term…common sense would tell you, IT IS, why would you call anyone an “alien” gives off negative connotation especially when the term is used against undocumented citizens…

There were mixed reactions to Demi’s statement online and it even warranted a response from astrophysicist Neil deGrasse Tyson, who told TMZ that extraterrestrials allegedly “have no feelings.”

Well, if there is life on other planets, Demi is just being considerate and looking out for them.