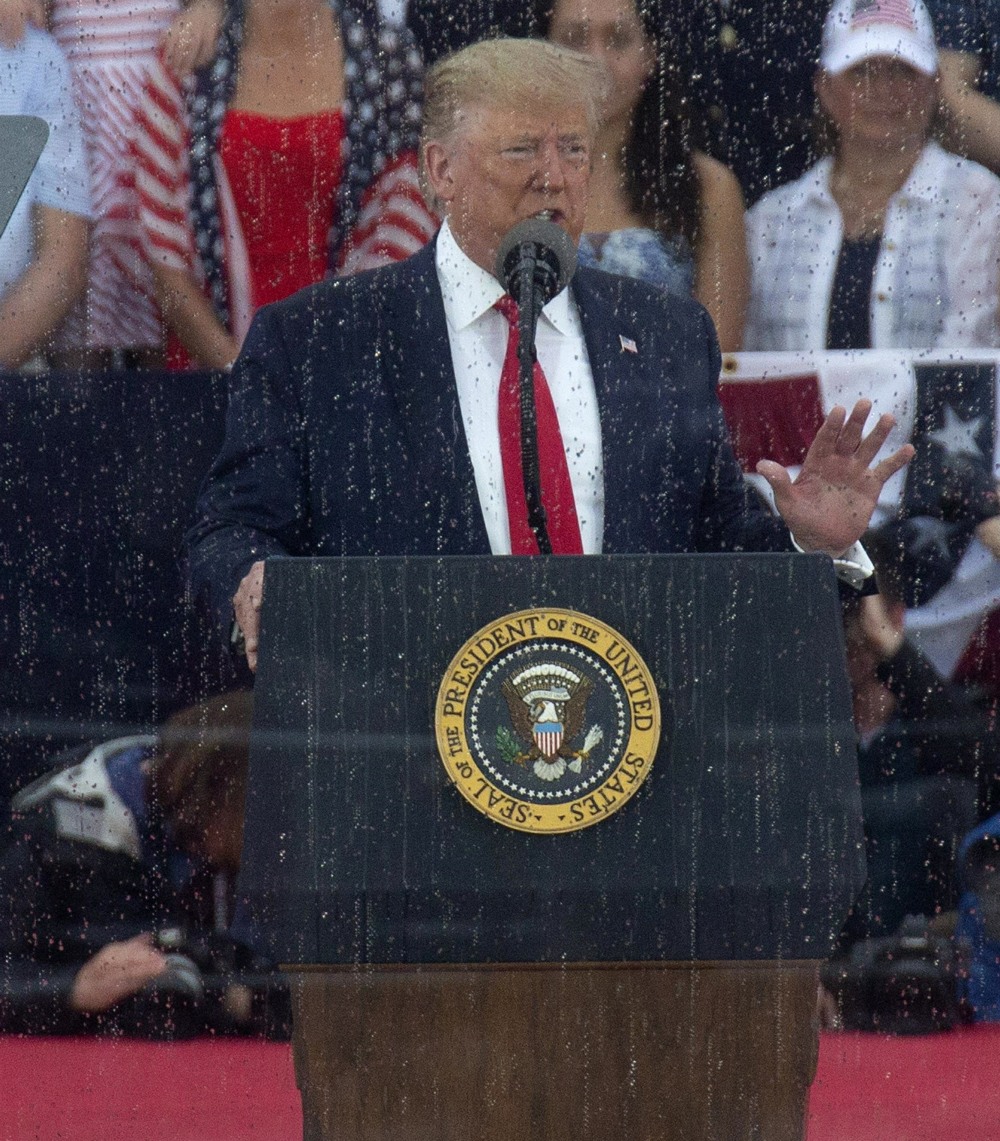 I didn’t watch Donald Trump’s sad wannabe-dictator parade, how did it go? Judging from the photos, not well. Mother Nature despises Trump, that’s why she made his non-bigly despot parade a total washout. The photos of the fireworks display were equally ominous given all of the dark storm clouds over Washington last night. By the way, once Trump is out of office, I would definitely recommend going to Washington for the Fourth of July – there’s a big “smokeout” where kids get high and watch fireworks, and the fireworks display is really, really cool. They do a good job normally. But this year’s was pretty bad.

What also sucked was that Trump made the whole thing into a partisan event, like he thought he could turn the annual Washington DC Independence Day events into a white supremacist MAGA rally. They didn’t invite any Democrats or give tickets to anyone from the Democratic party. It was such a “partisan” event that NBC, ABC and CBS all decided not to cover it. Which is good – fewer outlets should cover his sad little Nazi rallies.

Apparently, the crowd size wasn’t great either, which is probably why Trump’s Ministry of Propaganda toiled for ten whole minutes to get the Photoshop just right on this photo:

And lastly, Donald Trump thinks that the Continental Army took over the airports in 1781. I… have no words.

Trump slurring and then trying to read off a TelePrompTer about the Continental Army supposedly taking over the airports in 1781 is…no words. #TrumpSpeech pic.twitter.com/83Tv6vsN8x 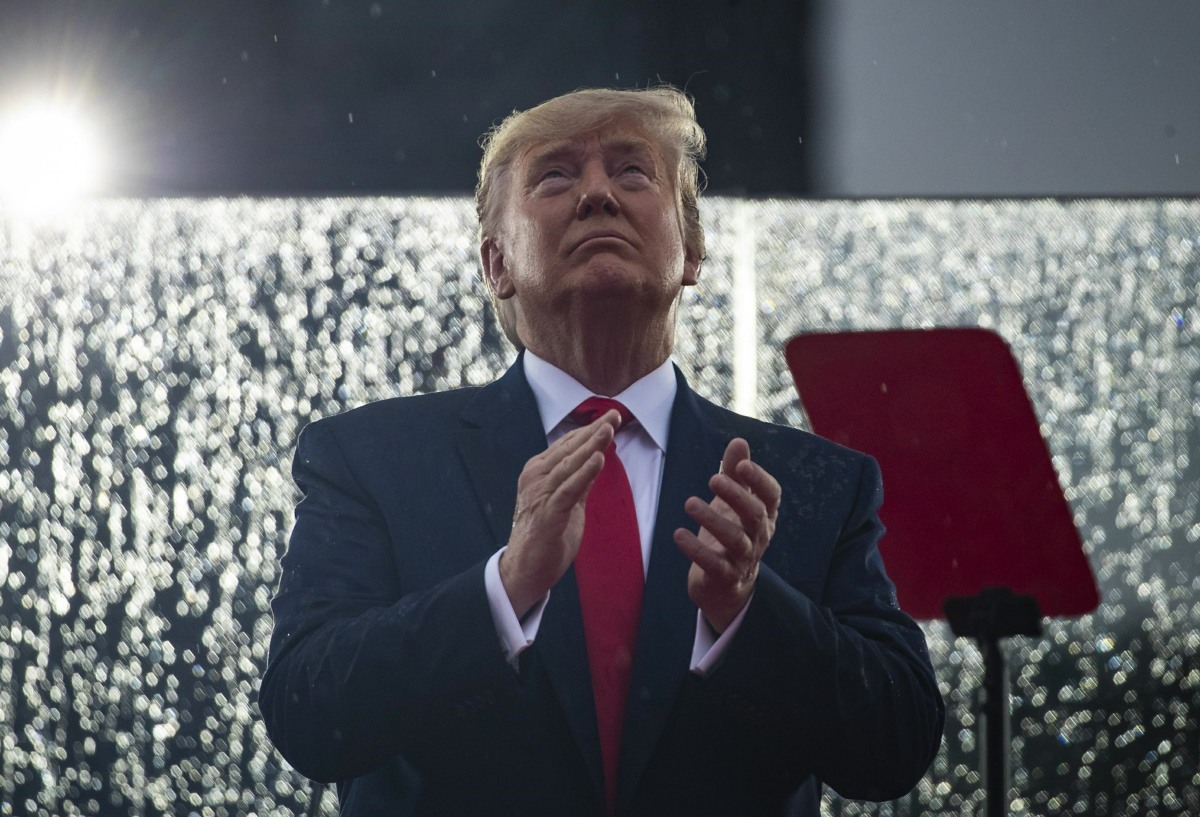 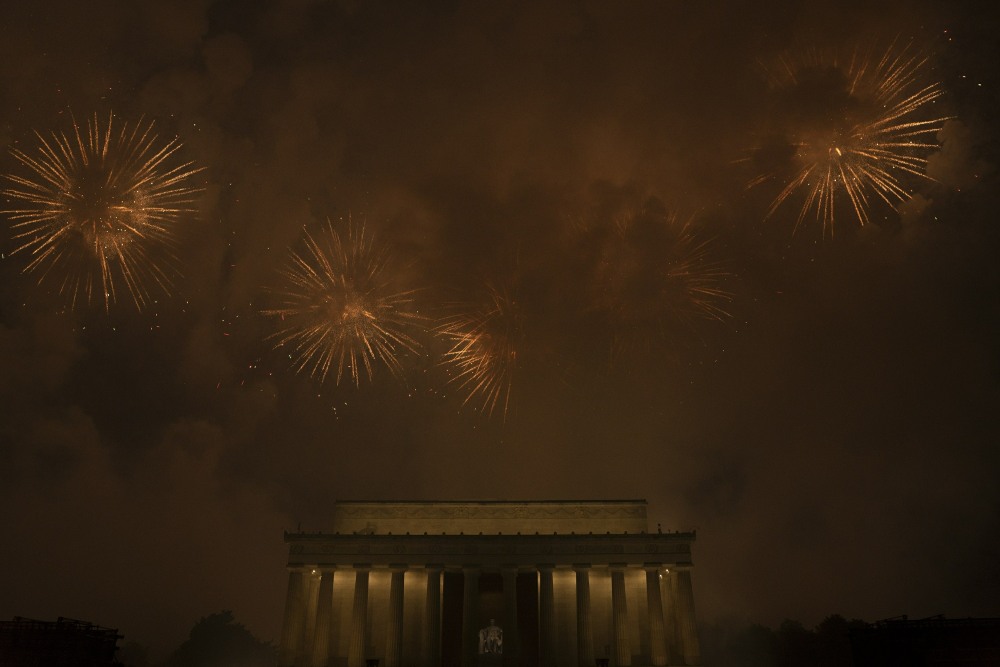