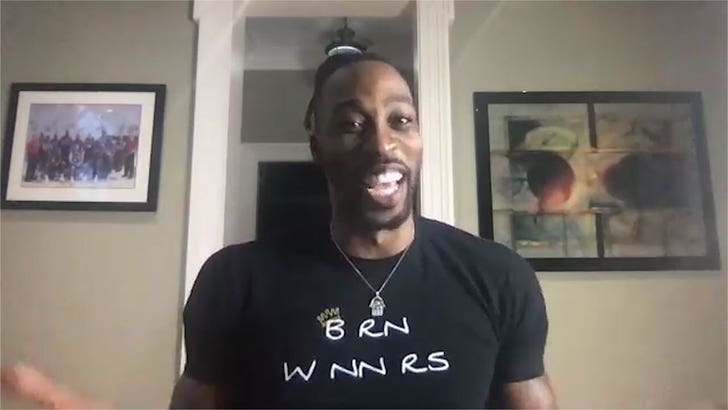 NBA star Dwight Howard busted his ass getting ready for “The Masked Singer” … taking singing and dancing lessons in preparation for his performance on the hit TV show.

TMZ Sports talked to the 35-year-old Lakers center after he was eliminated from the FOX show Wednesday night, following his performance of “Tutti Frutti” by Little Richard, while wearing an extravagant Octopus costume.

“I did singing lessons. I did dancing lessons. I even did my own stuff, my own homework, drills that I never thought you’d have to do for singing.”

Bottom line … whether it’s on the basketball court or stage, Howard doesn’t like to lose.

“I was infatuated with The Masked Singer, and trying to win this show. It was crazy.”

Unfortunately for Dwight, he was eliminated at the end of episode 1 … but let’s be honest, he was (literally) at a giant disadvantage.

Howard is 6’10” … and regardless of the costume concealing his face and body, it was still clear the Octopus was a really tall person.

So, when it came time for judges Jenny McCarthy, Ken Jeong, Robin Thicke and Nicole Scherzinger to guess who was in the outfit, they were all in the ballpark … and The Hangover star actually correctly guessed Dwight.

We asked Howard what he was thinking as Jeong guessed it was him.

“I was like ‘dang, he got me!’ I couldn’t believe that he got me, but I knew he had a chance because we actually did a commercial together. It was an Adidas commercial.”

But, even though he was axed on night 1, Dwight says his time on the TMS was amazing.

“I’m sorry that I didn’t make it to the end of the show, but I had so much fun. It was one of the best things that I’ve ever done in my life.”

“I’m so grateful for my experience, and if I could do it again, I’d do it every summer.”