Meme mode! Emma Roberts owned her moment in the sun after a video she posted giggle on the beach went viral on social media.

In the clip, the We’re the Millers actress tossed her hair and stuck out her tongue as Lana Del Rey’s “Happiness is a Butterfly” played in the background.

The playful video, which showed off Roberts’ beauty look from the New York Zimmerman event, has been viewed more than 1.6 million times and was quickly turned into a meme.

“Me looking at myself on teams before everybody else logs into the meeting,” one Twitter user captioned the actress’ video.

A second user wrote, “Me right before asking my manager if I can go home 6 hours early.”

Another fan joked the flirty clip is, “Me trying to get the barista at Pret to give me my coffee for free.”

A different Twitter user referenced Roberts’ role as Chanel Oberlin on Scream Queens, writing, “Surprise, beach. I bet you thought you’d seen the last of me.”

The Unfabulous alum later memed herself, sharing a portion of the video via her Instagram Story on Tuesday, July 27, and giving her fans a major shout-out for their support.

“Me going viral after 30,” the post read, to which Roberts added, “Thank you gays and whoever else” with a star emoji. 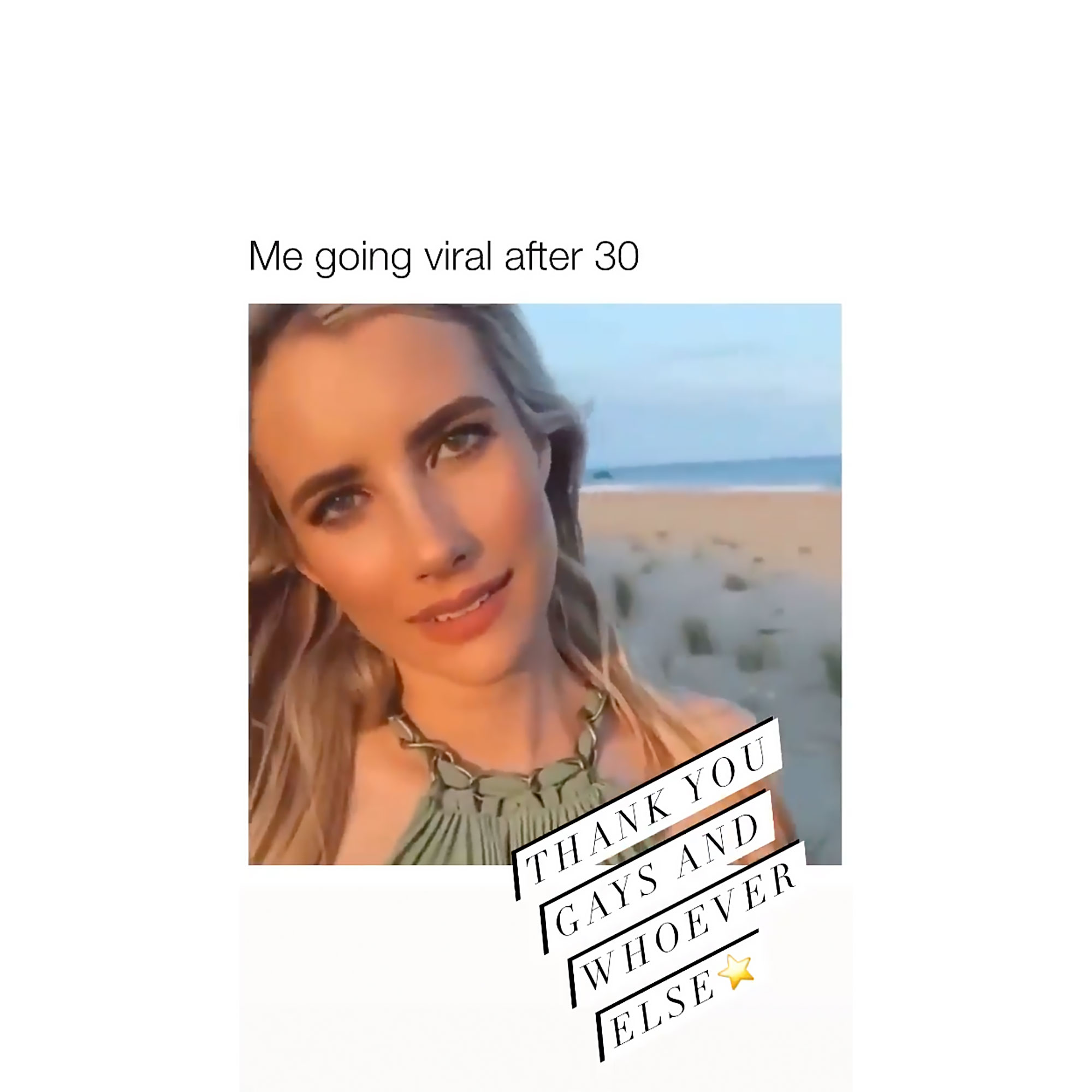 Earlier this year, the American Horror Story actress turned 30, and joked about how her life had changed after leaving her 20s. “30 baby,” Roberts captioned a black-and-white photo of herself with a pacifier in her mouth via Instagram in February, looking exhausted after becoming a mother two months prior.

“🥂 Cheers 🍾 thank you for the birthday wishes❤️,” she captioned a second celebratory post, this time holding a glass of wine and screaming with excitement by the pool.

“Both parents are thrilled and mother and baby are doing well,” a source exclusively told Us Weekly the following month.

Us exclusively confirmed in March 2019 that the Holidate actress and the Country Strong actor, 36, were dating after Roberts ended her engagement with Evan Peters.