Erika Jayne is responding to a motion from a bankruptcy trustee who asked the reality star to turn over a set of diamond earrings valued at $750,000. The pricey piece of jewelry was a gift from her estranged husband Thomas Girardi, whose law firm was shuttered amid a fraud investigation.

The trustee claimed in new court documents filed Tuesday that Girardi bought the lavish jewelry in 2007 using funds skimmed from a trust account represented by his firm, Girardi Keese (GK), according to TMZ.

The documents further allege the purchase was simply justified as “cost” on the account. Jayne filed for divorce from Girardi in November 2020. She and the lawyer had been married over 20 years.

In August, the trustee began liquidating assets held by Girardi Keese in a concerted effort to repay Girardi’s creditors, and in following a paper trail, appeared to uncover the large purchase. 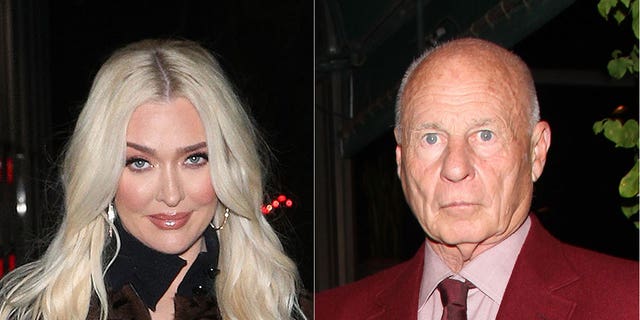 Erika Jayne is being asked to turn over a set of earrings valued at $750,000 that she received from her estranged husband, former attorney Tom Girardi, who is under investigation for alleged fraud.
(Jen Lowery /SUG Backgrid)

However, an attorney for the “Real Housewives of Beverly Hills” cast member, 50, told Fox News Digital in a statement that the singer and actress “innocently” received the earrings from her ex and is being roped into the investigation for his alleged crimes.

“I am disturbed by everyone jumping to conclusions about Erika, who is innocent, and trying to blame her for the actions of others,” the statement from Jayne’s lawyer, Evan Borges, says.

“If the law matters, the trustee’s motion is completely out of bounds. Even based on the incomplete hearsay evidence filed with the motion, the trustee has no claim based on Erika innocently receiving a gift of earrings 15 years ago from her now-estranged and then-extraordinarily wealthy husband.”

Borges further states in a motion filed Wednesday that in order to maintain the “status quo” and as a token of “good faith,” Jayne “will agree and has agreed to hold and not transfer or sell the earrings” and “will provide the earrings to a third-party escrow to be held in trust pending the trustee finishing her investigation.”

In the six-page motion, Borges argues that “Erika is completely innocent” and “not even the trustee alleges that Erika knew the source of funds that her wealthy husband used to buy her a gift of earrings 15 years ago (which replaced a prior set of earrings bought years prior to that).

Erika Jayne has not been formally charged with any crimes connected to an alleged fraud purported by Thomas Girardi.
(Matt Winkelmeyer)

“Erika, a non-attorney who had no role in managing GK, should not have to be the one arguing for full investigations and discovery into what GK did in the past,” the document adds. “The trustee seeks to blame Erika for events of 15 years ago at a law firm in which Erika had no part.”

Jayne and Girardi are accused of embezzling funds designated for victims of the 2018 Lion Air plane crash after Girardi represented the plaintiffs in a class-action suit against the airline. 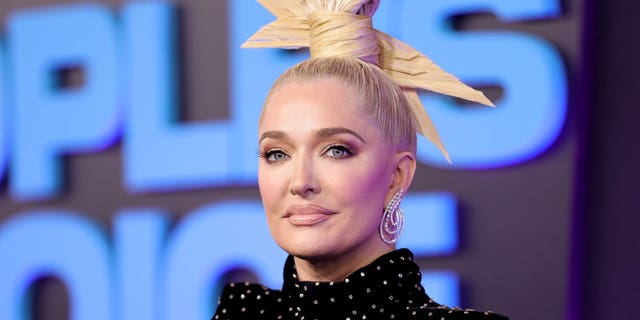 Erika Jayne filed for divorce from Tom Girardi in November 2020. She and the lawyer had been married over 20 years.
(Amy Sussman/Getty Images)

In a Hulu documentary, “The Housewife and the Hustler,” which was released in June and centered on the couple’s alleged fraud and legal troubles, Girardi was shown in a deposition admitting he was broke.

The law firm was also approved for a $1.5 million Paycheck Protection Program loan on April 15, 2020, five months before Girardi claimed he ran out of money.

Girardi has been plagued by health issues, including an Alzheimer’s and early dementia diagnosis that ultimately led to the once-esteemed litigator losing his law license in March. Girardi’s family has claimed Girardi is also suffering from memory loss due to his age.

Jayne has not been formally charged with any crimes.