The first three episodes of the Harry and Meghan docuseries are a visual feast of never-before-seen photos and clips of their life together that tell their love story in their own words in a slick, beautifully produced way.

There are charming insights into their family life and sense of fun and as the show takes us back to the excitement of their engagement and wedding day, it serves as a reminder of just how much support there was for them from the British public and how genuinely enthusiastic people were about their union.

But the couple also lay bare the struggles they faced with sections of the media when their relationship became public knowledge.

Harry’s long-held distrust of the paparazzi is a key theme and it’s hard to watch footage of his mother Princess Diana pleading with photographers to leave her sons alone. The programme shows him and Meghan being pursued by paparazzi in both in Canada and the US, but not in the UK.

With commentators setting out the couple’s story in the context of Brexit and Britain’s colonial past, the issue of racism from some in the media and from social media trolls also looms large. 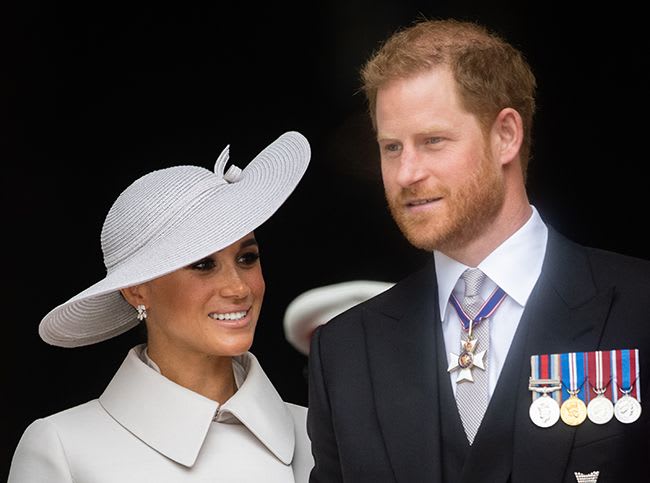 The first three episodes of the docuseries aired on Thursday

Perhaps most damaging to the royal family is Harry’s assertion that there is a “huge level of unconscious bias” within his family. He doesn’t name individuals. But he does not shy away from addressing his own uncomfortable history, describing the time he wore a Nazi uniform to a fancy dress party as the “biggest mistake” of his life.

The Duke also suggests that men within the royal family might be tempted to marry someone who “fits the mould as opposed to somebody who you perhaps are destined to be with.”

Viewers may interpret that as a dig at his parents’ marriage – but it also potentially casts aspersions on other royal marriages.

The docuseries examines Harry’s relationship with his family

While the Palace is not commenting on the show so far, my understanding is that the overwhelming feeling from inside is one of sadness, with one source close to the royal family telling me: “These are real lives, this is a family and to have this drama playing out so publicly is hard for all involved.”

Perhaps most surprising of all is the volume of self-shot footage, text messages, videocalls and personal photographs he and Meghan share in the show and with another three hour-long episodes to come next week, there will be plenty more to pore over.

Make sure you never miss a ROYAL story! Sign up to The Royal Explainer newsletter to receive your weekly dose of royal features and other exclusive content straight to your inbox.