‘I owe it all to The Archers’: Hollywood star Felicity Jones says a decade on Radio 4’s rural soap opera was a ‘brilliant starting ground’

She has headlined a Star Wars movie and appeared in Hollywood blockbusters alongside the likes of George Clooney, Tom Hanks and Sigourney Weaver.

And Felicity Jones says she owes it all to The Archers.

The 37-year-old spent a decade playing Emma Grundy in Radio 4’s rural soap opera and says it was a ‘brilliant starting ground’.

Speaking to The Mail on Sunday’s You magazine today, she says: ‘It’s such a lovely thing in this country that you can move between radio, theatre and film, and I think that’s why Britain makes such good actors.’

Felicity Jones has headlined a Star Wars movie and appeared in Hollywood films alongside the likes of George Clooney and Tom Hanks. And she says she owes it all to The Archers

Rogue One star Ms Jones also jokes that the long-running BBC series has become racier since her departure in 2009.

‘I just read in the paper that crack cocaine has been introduced to Ambridge. It wasn’t like that in my day!’

Ms Jones had her first child with her husband, film director Charles Guard, in April last year. ‘It was a full-on thing to be going through during a pandemic,’ she says.

‘We didn’t have a clue what was going on, so it was a scary time to be having a baby. Only going out once a day and feeling like your life is threatened – it was a very heightened experience.’

Born in Bournville, near Birmingham, Felicity grew up surrounded by male cousins.

‘There was no emphasis on make-up, or hair, or looking a certain way,’ she says. ‘Vanity was never the focus, which gives you a great start in life.’ 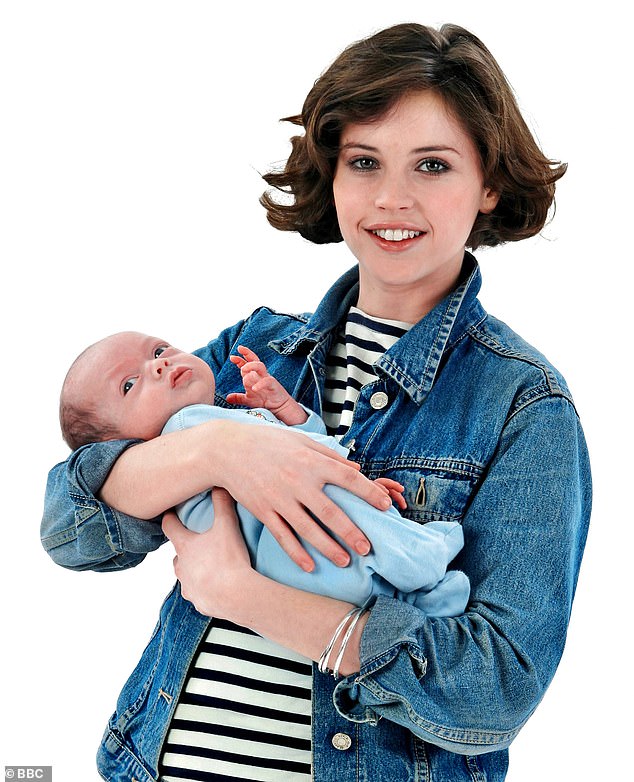 Her big break came aged 13 in The Treasure Seekers, a made-for-TV movie, alongside Keira Knightley.

She has worked consistently ever since – even studying English at Oxford University while acting in The Archers.

But there is one aspect of being in the spotlight that she shuns for the sake of her mental health: social media.

‘It’s just not something that I want to do,’ she says.

‘I know friends who wake up in the middle of the night and start reading messages and I think that is quite destructive.’