“I’m still disturbed when I think about it,” says former president during SXSW stream 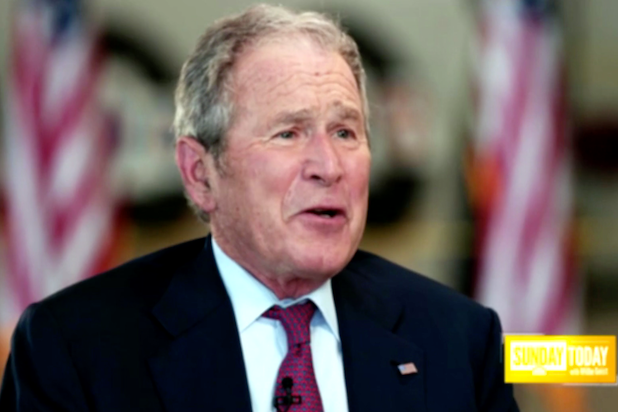 Former president George W. Bush said in an interview streamed online Thursday that the Jan. 6 Capitol riot made him “sick.”

“I was sick to my stomach having to see our nation’s Capitol being stormed by hostile forces and it really disturbed me to the point where I did put out a statement and I’m still disturbed when I think about it,” the Republican said in a recorded interview with the Texas Tribune. (The interview was recorded Feb. 24 and streamed online Thursday.)

The interview garnered traction Thursday as it was the first time the former president has addressed the riot on camera.

On Jan. 6, supporters of then-president Donald Trump stormed the Capitol during a joint session of Congress meant to certify the election victory of President Joe Biden. Five people, including a Capitol police officer, died as a result of the riot. Two other officers died by suicide in the coming days.

The interview came during the Tribune’s digital SXSW programming. According to the Tribune, which did not make the video available for replay, Bush also said, “It undermines rule of law and the ability to express yourself in peaceful ways in the public square. This was an expression that was not peaceful.”

When asked whether the election was stolen, as Trump has insisted since Nov. 2020, Bush responded, “No.”

Watch a portion of the interview below, via CNN.