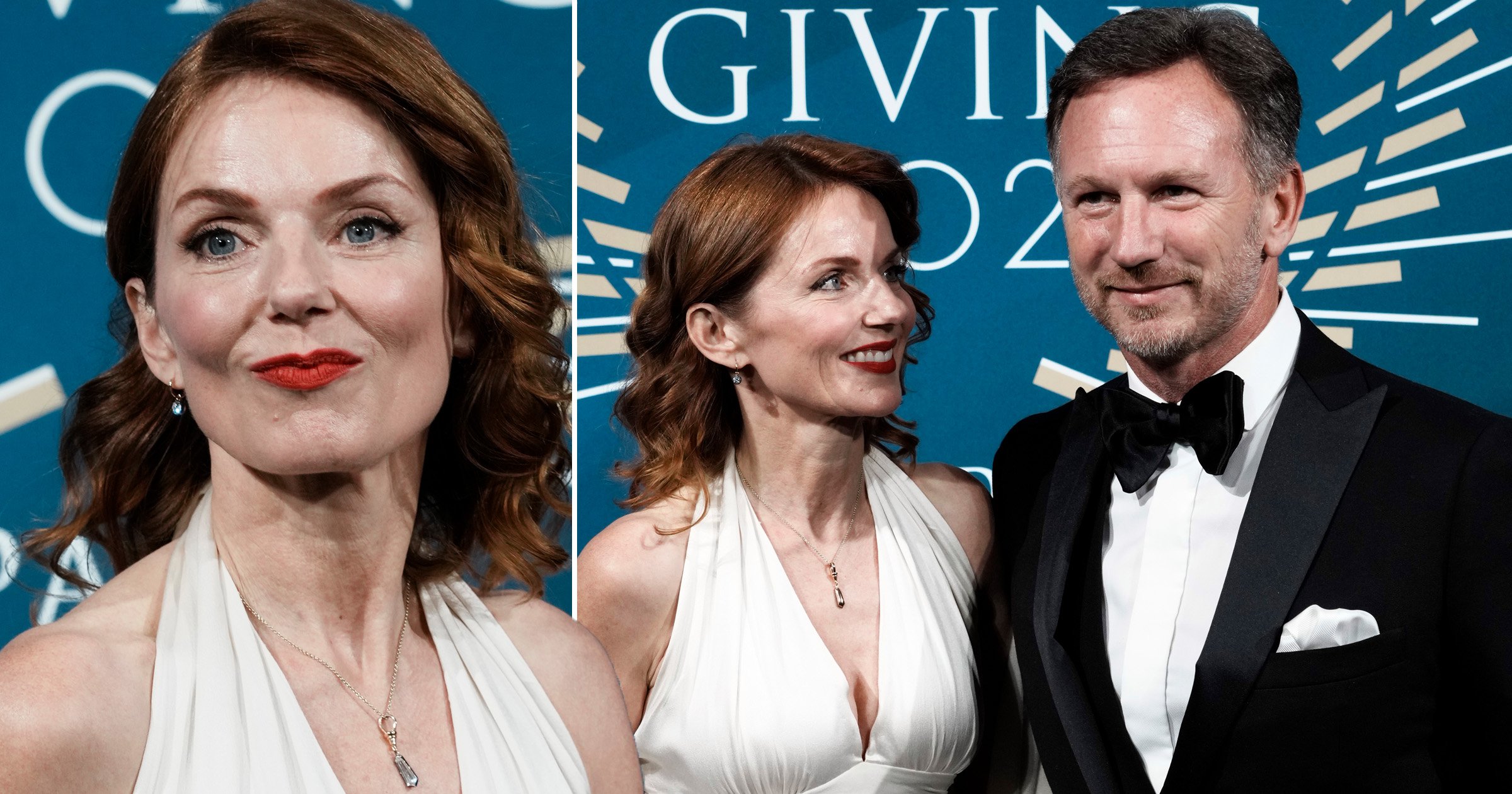 Christian, who is the Formula One Red Bull team’s principal, has been on cloud nine since Sunday after Max Verstappen won the World Championship title at the Abu Dhabi Grand Prix, beating Sir Lewis Hamilton.

The event was to recognise the winners of various championships organised by the FIA, while acknowledging lesser known drivers for their contribution to motor sport.

Geri, 49, stunned on the red carpet in a halter neck white gown with a plunging neckline, similar to the iconic white dress which late icon Marilyn Monroe wore in the 1955 film The Seven Year Itch. She styled her red hair into loose Hollywood curls, perfectly befitting of the vintage look.

The singer shared other photos from throughout the night, including one of her planting a kiss on Christian’s cheek and mischievously running off towards the camera, leaving him to wipe his face.

Elsewhere during the night, Geri mingled with Verstappen’s girlfriend, Brazilian model Kelly Piquet, with the two posing for photos together.

It comes after Geri was seen celebrating Christian’s win in the thick of the action on Sunday.

She then joined him for an interview with Sky Sports and applauded the Red Bull team’s efforts, saying: ‘I’m just really proud of him, I’m proud of the whole team, Max.

‘It’s testimony to what a great team they are, what a great strategy, Max is brilliant, Checo [Sergio Perez], and of course I think they’ve got the best team principal, I have to say.’

Heaping praise on her spouse, Geri said while giving him a warm hug: ‘Forgive me for being this honest but I have to say, Christian told me this has been the toughest year he’s ever experienced but they’re such a good team together.’